Stephen Colbert, an intelligent computer program and two deported students, back in Canada 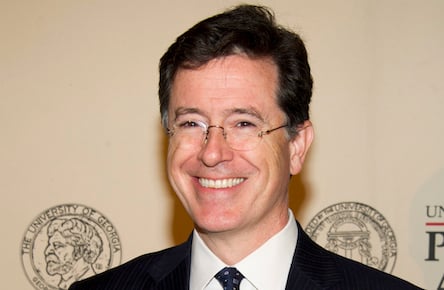 Although most young people would be commended for finding part-time jobs, the two Nigerian students were deported after working at a Wal-Mart in Regina— employment that violated the terms of their student visas. But, after eight months in Nigeria—plus a year before that spent seeking sanctuary in Regina churches—Ordu and Amadi are “in shock” to be back in Canada this week after the federal government relented. “It’s still like a dream to me,” said Amadi, who will start classes with Ordu at the University of Regina after Canada Day.

Nobody told this Seattle Pacific University student that the only way to stop gun violence is to be armed yourself—with pepper spray. When a gunman opened fire at the school, Meis sprayed, then tackled the shooter, preventing him from hurting anyone else until police arrived. The gunman shot three people, killing one, but Meis’s quick thinking made this one of the few heroic stories to come out of the recent rash of shootings in the U.S. The story hit such a chord that anonymous do-gooders tracked down Meis’s online wedding registry and purchased every gift on it.

“Eugene” isn’t a person, but a Russian computer program created to simulate the mind of a 13-year-old. The computer reached a milestone in artificial intelligence testing this week by tricking 33 per cent of experts into thinking they were communicating with a real teen. This makes Eugene the first program to pass the “Turing test,” created by scientist Alan Turing, who posited that a computer was intelligent if it was mistaken for a human 30 per cent of the time. That may not sound like a high percentage, but it’s the same batting average as a successful MLB baseball player.

The semi-reclusive creator of Calvin and Hobbes has never drawn another newspaper comic strip since his beloved creation ended in 1995—until one week ago, when a few panels of Pearls Before Swine were much better illustrated than usual. Watterson volunteered to draw them as part of a running gag in which the creator, Stefan Pastis, makes fun of his own inferior skills. The strips, which will be auctioned off for charity, represented Watterson as a young girl who improves the quality of the strip but won’t stick around, saying, “the medium’s dying.”

Amazon’s war with publishing giant Hachette has attracted the attention of the future David Letterman replacement, one of the company’s authors. On The Colbert Report, the comedian discussed Amazon’s decision to halt shipments and pre-orders for some books from the Hachette Group. He attempted to strike a blow against the online giant by recommending a novel that Amazon won’t stock: California, by Edan Lepucki. Pre-orders from Amazon’s competitors soon rose at an astonishing rate. Is this the end of Amazon’s dominance? Probably not, but it’s still fun.