Saluted by leaders at home and abroad, Kevin Vickers has become a meaningful symbol of strength and resilience 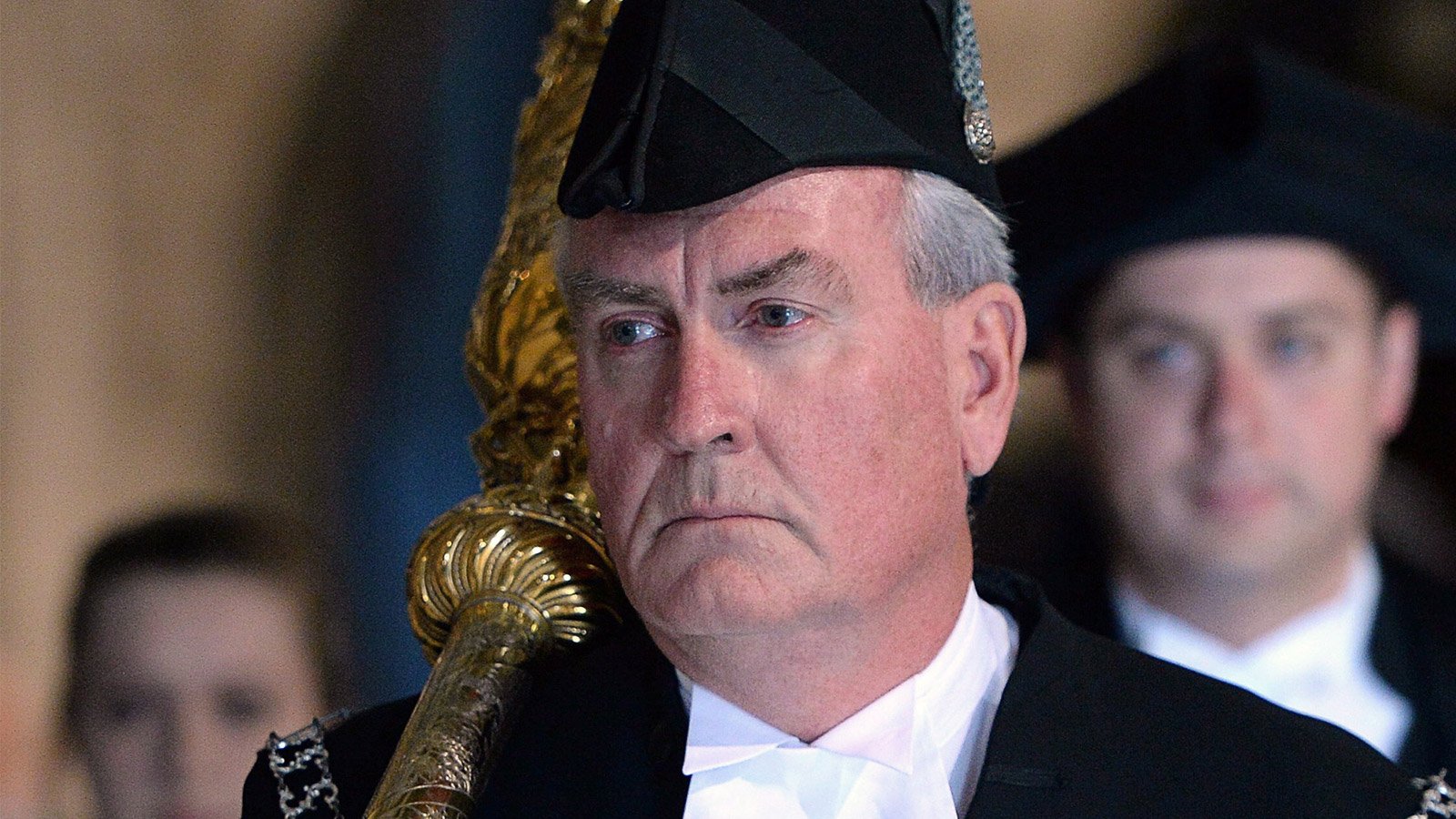 The title of sergeant-at-arms is said by one account to date to the late 12th century, when, during the Crusades, the king of France decided he needed a special security detail in the Holy Land. According to The Officers of the Commons, a history compiled by Philip Marsden, a former official in the British House, these sergeants were “encased from head to foot in armour” and each “carried a decorated battle-mace—a useful weapon for close-fighting on horseback, and one which probably owed much of its popularity to the fact that it was used with devastating effect by the redoubtable Saracen cavalry.”

The general concept of the sergeant seems to have been brought to England by the Normans. By 1278, Edward I had a crew of 20 sergeants-at-arms. In 1415, one such sergeant was assigned to the House of Commons—seemingly as an enforcer for the burgeoning powers of parliamentary privilege, including the protection of its members and the powers of arrest and imprisonment.

Six hundred years of progress later, it was possible, at least before Oct. 22 of this year, to forget that Kevin Vickers, our sergeant-at-arms, was something other than a man in a fancy hat with an ornate golden mace on his shoulder who paraded each day for the amusement of tourists through the Hall of Honour to the House, along with the rest of the Speaker’s quaintly dressed retinue.
Then a madman with a rifle came up Parliament Hill, under the Peace Tower and into Centre Block.

It is not that our capital had been spared any trauma up until this October. Just a year after Confederation, Thomas D’Arcy McGee, a father of Confederation and MP, was assassinated a block from the Hill. The building that contains our House of Commons and Senate burned to the ground in 1916. In 1966, a madman with a load of dynamite tried to bomb the legislature (he blew himself up in the bathroom instead). And in 1989, a madman with a revolver hijacked a bus, drove it up onto the lawn and proceeded to hold its passengers hostage for five hours.

But still, Oct. 22 might now be recorded as the most horrifying in our Parliament’s history.

Related reading: Bearing witness: The Ottawa shooting, in the words of those who were there

As of this writing, it is not yet known definitively who fired the shot that killed Michael Zehaf-Bibeau. One account has Kevin Vickers diving around a pillar to fire away at the assailant. Const. Samearn Son, on duty at the door of Centre Block, was wounded in a scuffle with Zehaf-Bibeau. House of Commons guard Alain Gervais put himself in front of a door to protect the NDP caucus. Various officers pursued Zehaf-Bibeau and countless others committed acts of heroism that day—not least those who ran to Cpl. Nathan Cirillo at the National War Memorial and tried to save his life.

No one individual got us through that day or saved however many more lives might have been lost. But it was Vickers who was immediately identified and became the stuff of worldwide headlines. The Washington Post dubbed him “Canada’s new national hero.” French President François Hollande saluted his courage, and he was honoured by the Knesset, Israel’s parliament. He emerged as the face of resistance and courage. In him we found a focal point and a meaningful symbol of strength and resilience and purpose.

The roar that went up when Vickers entered the House of Commons the next day might long echo in the ears of everyone who was there. There he was again with the mace, the ceremonial symbol of the House’s authority, without which it cannot officially function. In full dress, he wears a black tailcoat and white stiff-wing collar with white tabs and an Esses collar, a chain of 74 silver S-shaped links that was crafted in 1859 (following a design, according to Parliament’s website, that dates to the 14th century as a symbol of loyalty or office). At his side he carries a sword. (The official guide to practice and procedure notes an account of the sergeant-at-arms at the old Parliament buildings in Montreal drawing his sword in an attempt to protect the mace from rioters in 1849.)

When the applause had finally quieted, Vickers took his seat at the far end of the chamber. For all the ceremonial trappings, he has real authority: Vickers is responsible for the security and order of the parliamentary precinct and oversees the House of Commons security services team. Before taking up the role in 2006, he served for 29 years with the RCMP. And we now know he has a gun.

He was stoic, in the House, perhaps blinking away tears. He has not yet granted a full interview about that day. But when the House of Commons was back in session, Vickers was there in the centre aisle. There to do his duty and accept a procession of hugs and handshakes.

The manners of the Westminster system can seem obscure—the business of each day conducted under a labyrinth of rules, procedures and expectations that can make the House of Commons seem out of place at times and even silly. But it is not without purpose. It is what has been passed on to us through the centuries, bestowed for the purposes of governing ourselves, ours to maintain and protect.

For all the oddity of the place and the cynicism that often surrounds it, for all the pomp and ceremony, Kevin Vickers and that day might’ve brought us back, if even just subconsciously, to the significance and importance of the institution. A reminder that this place on the Hill is worth protecting.