By Nicole Thompson and Shawn Jeffords, The Canadian Press July 11, 2018 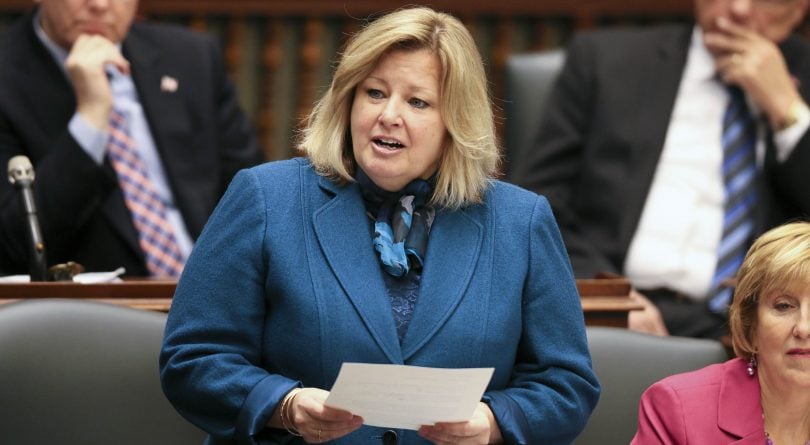 TORONTO — Ontario schools will go back to teaching the same sex-ed curriculum they did in the late 1990s this fall after the province’s new government announced Wednesday it was revoking an updated version brought in by the previous regime.

Just over a week into the summer break, Education Minister Lisa Thompson said ministry staff were working to inform school boards of the decision to revert to the curriculum that was in place before 2015.

The older curriculum will remain in effect until the government completes a “fulsome consultation respecting parents” on how to modernize the material, she said.

The newer sex-ed curriculum sparked controversy, particularly among social conservatives, when the Liberal government introduced it three years ago.

READ: The Interview: A history of sex ed

The updated document has its supporters, however, including tens of thousands of people who signed a petition to save it after the Tories — who vowed to scrap it during the election campaign — were elected last month.

A group also paid for a three-meter-long sign defending the curriculum that was parked outside the legislature Wednesday.

Ontario’s two largest teachers’ unions said they oppose the decision, noting that parents and educators were consulted extensively before the curriculum was updated.

Sam Hammond, president of the Elementary Teachers Federation of Ontario, said the move is a “huge disservice” to students, who need to learn about critical issues such as consent.

What’s more, given the amount of input teachers, experts and parents had in the update, any new consultations are likely to give a similar result, Hammond said. He encouraged parents to call on Thompson to save the updated curriculum.

“And so it doesn’t feel like a thoughtful approach, it feels like a bit of a knee-jerk reaction.”

Some parents, too, said they would have to make adjustments in light of the change.

Megan Houston, a mother of three — aged two, four and 21 — said it will affect how she talks to her younger children about sex, mental health and other subjects that were addressed in the newer curriculum.

“It makes me, as a parent, more vigilant,” she said. “For my four-year-old, for example, we’re talking about things like personal space.”

The earlier curriculum, which was taught to her oldest daughter, glossed over some key issues, she said.

“While there were mechanics of things talked about, it was separating this idea of sex and feeling and emotion. Whereas with this new curriculum, it really ties in this idea of ‘sex is not just something that your body does, it’s something that will affect you emotionally,”’ she said.

Premier Doug Ford had promised to repeal and replace the controversial sex-ed curriculum when he ran for the Progressive Conservative leadership and repeated the pledge during the spring election.

—With files from Daniela Germano