In one Vancouver corner, even money can’t buy happiness

The British Properties are some of Vancouver’s most exclusive real estate. And yet 43 per cent of children are deemed ‘vulnerable’. 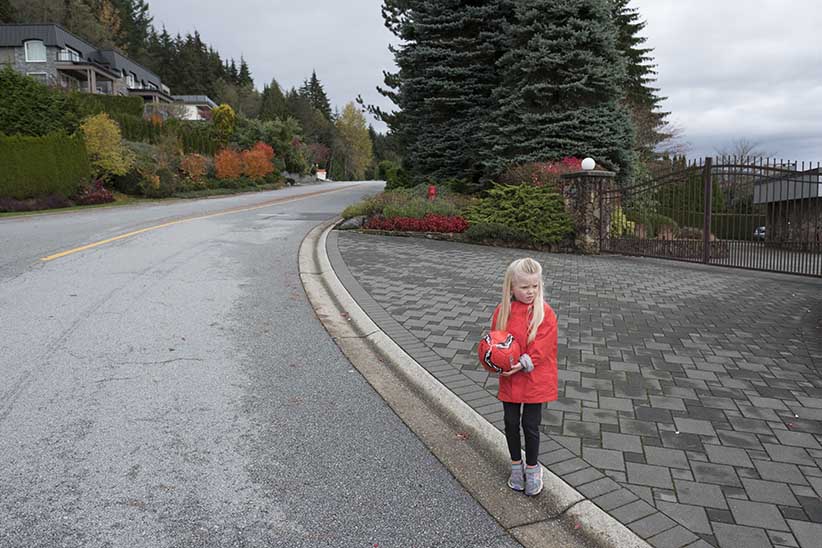 A young girl plays in The British Properties neighbourhood of Vancouver. (Photograph by Simon Hayter)

Few neighbourhoods induce price vertigo these days as surely as West Vancouver’s British Properties, an enclave of the one per cent known for its rambling homes, towering hedges and commanding views of the Lions Gate Bridge. Average selling prices in this hillside Neverland have more than doubled since early 2014, and are now brushing $4 million—a giddy ascent even by B.C.’s surrealistic standards.

But the area’s soaring property values have been eclipsed this fall by a different, equally dramatic measure of well-being: fully 43 per cent of kindergarten-aged kids from the neighbourhood qualified this year as “vulnerable” on a standard index of childhood development, according to an annual state-of-the-city report—a third more than last year and four times the level seen 10 years ago. The kids were assessed on the Early Development Instrument (EDI), a tool used by all 13 provinces and territories to measure school readiness based on language skills, emotional maturity, socialization, physical health and general knowledge. Officials with the West Vancouver Community Foundation, the non-profit organization that publishes the report, believe language is the biggest factor. About 41 per cent of residents in West Vancouver are first-generation immigrants, they note, and the number is steadily growing.

But the language barrier alone doesn’t explain the slow development of the Properties’ pre-schoolers. The neighbourhood remains a redoubt of the world’s blessed and clever, from software tycoons to famous architects. Its sons and daughters enjoy every advantage over their less wealthy peers, be they excellent genes or infinity pools in which to learn the dog paddle. Yet the proportion categorized as vulnerable puts the area on par with low-income immigrant neighbourhoods such as Toronto’s Thorncliffe Park, whose residents face the same linguistic challenges and a fraction of the disposable income to address them.

Related: The secret to happiness? Stop trying so hard.

It’s been enough to make community leaders in West Van reconsider assumptions about money’s power to close social and cultural gaps. Nancy Farran, chair of the city’s community foundation, has gone so far to suggest that the trappings of wealth themselves—live-in nannies, perimeter fences, winding approaches guarded by electronically controlled gates—discourage neighbourhood youngsters from socializing, deepening the linguistic divide. “You drive up your driveway and you don’t play with your neighbours the way we might have when we were kids,” she explains. “You don’t learn how to play out in the field. People just go home and stay home.” 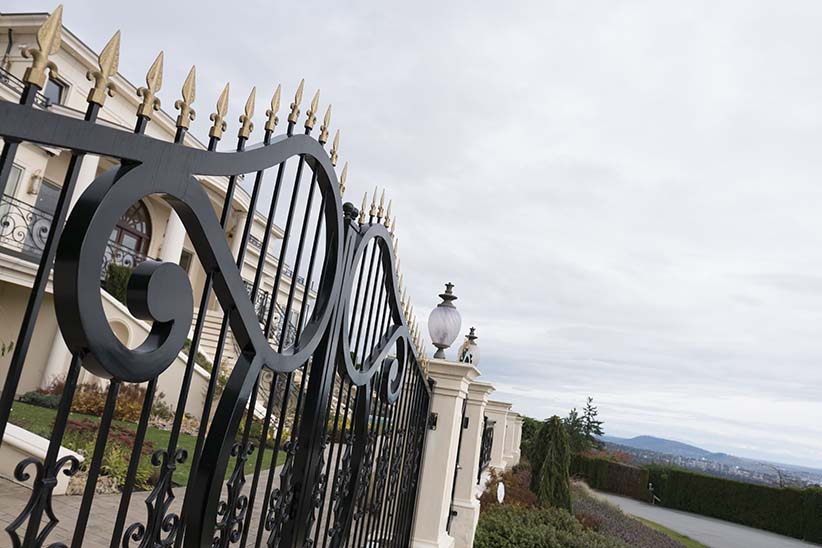 Call it an uptown problem, but what’s going on in the British Properties may be a living illustration of something experts have charted since the wealth gap in Western countries became a chasm in the 1990s and early 2000s. At some point on the personal income curve, say researchers, acquiring money no longer enhances a person’s well-being and might actually make one more miserable. As fans of Dickens might guess, that’s because the real predictors of well-being are the bonds of family, friendship and community. Lara Aknin, a Simon Fraser University psychology professor who studies the relationship between affluence and well-being, says the happiness that money buys levels off around $75,000 per year, while new research suggests that a preoccupation with wealth can actually diminish one’s happiness. “One of the most likely causes,” she says, “is that pursuing money comes at the cost of time spent with friends and others close to us, which are some of our greatest sources of well-being.”

Related: Hands off my housing bubble!

It’s easy to believe newcomers to the British Properties feel cut off from those wellsprings of goodness. Purchased by the Guinness brewing family in the early 1930s, the 1,600-hectare tract catered from the outset to buyers seeking space and seclusion away from downtown Vancouver, boasting half-acre lots that residents would need a Guinness-funded bridge—the Lions Gate—to reach. The community was defined those years not just by exclusivity but by active discrimination. It counted among many in Canada that maintained covenants banning purchase of lots by non-whites and Jews.

Those covenants landed in history’s trash bin, yet as recently as a decade ago, the community remained decidedly white and Anglo-Saxon, when an influx of well-heeled buyers from Iran, South Asia and mainland China began remaking its image. Their arrival has sent an aesthetic jolt through the place: seemingly every newcomer orders up lavish rebuilds and exotic, new landscapes. But many have come at personal cost, leaving loved ones and friends overseas, retreating into the micro-estates so coveted by their WASP forebears. “I think people really long for community,” says Bhupinder Vinning, a second-generation Canadian and mother of two who moved with her husband from Victoria to the Properties seven years ago. “But I think this is going to be a challenge for the Properties families. They rely on the people they meet here to become their new circle. They do want to cement relationships. But it really isn’t the neighbourhood to do that.”

To build connections, the community foundation and West Vancouver school district joined forces three years ago to establish the Properties Family Hub, a portable on the grounds of a local public school that hosted preschool, along with programs such as parent-accompanied story-times, language skills programs and social events for parents—with child care on site. Vinning took her son Shiv, then three, and quickly made friends from South Africa, the U.K. and China, with whom she still stays in touch (she now sits on the Hub’s board). For many of the toddlers and preschoolers who arrive, says Sandra-Lynn Shortall, district principal of early learning for West Vancouver Schools, it’s their first sustained exposure to people other than their parents and siblings. “They haven’t played at the community park, because there is no community park in the British Properties. The only community space apart from the school yard is a private country club.”

The Hub is making a difference: its programs are fully subscribed and, with only 30 people allowed in the room under fire regulations, Shortall hopes to expand. But as the EDI numbers suggest, keeping up with the changes engulfing the community is hard. And truth be told, not every new family is pining for the Welcome Wagon. Robert Alexander, a realtor who has sold houses in the Properties, says many buyers are there mainly to capitalize on Vancouver’s real estate boom. “Like any buyer, they will ask about amenities and services in the community,” he says. “But these are people who are pulling up in $250,000 cars. A lot of them call themselves builders, but really, they’re hiring builders, rebuilding the homes and then selling the property two years later at a profit because the market’s gone up that much.”

Alexander suspects those days are now numbered. Though prices in the Properties remain at historic highs, he notes B.C.’s 15 per cent tax on foreign buyers has sliced into sales volumes, suggesting a reckoning that, from a community perspective, could be salutary. It would at least provide a breather, allowing those who came to stay to rethink the value of a lifestyle so exclusive that their children seldom venture beyond the hedges. And who knows, some owners might be moved to wander down their winding driveways and shake hands with the folks next door. For themselves and their posh community, it could do a world of good.

Correction: an earlier version of this story misnamed the Early Development Instrument (EDI); the article has been updated.