A homecoming for the Michaels seems possible. But offers like the reported one to Meng are standard U.S. practice, and China does not look kindly on co-operating with American prosecutors. 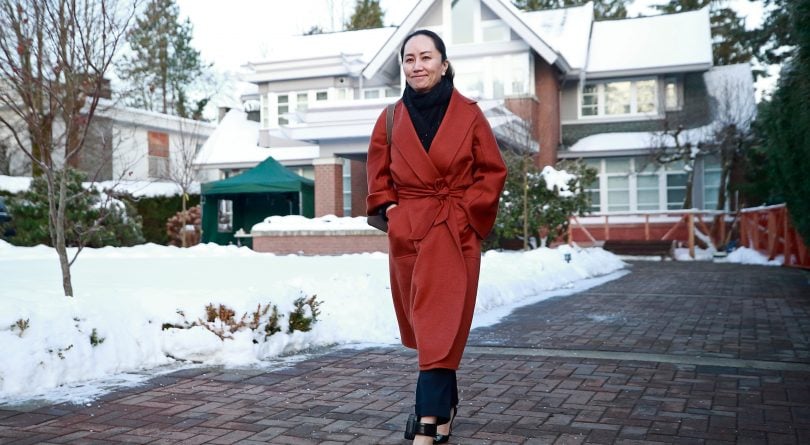 Meng Wanzhou leaves her house on her way to a court appearance on January 17, 2020 in Vancouver, Canada. (Jeff Vinnick/Getty Images)

It’s perfectly understandable that Canadians would want to see something cheerfully auspicious about a report in last Thursday’s Wall Street Journal to the effect that the lawyers acting on behalf of Meng Wanzhou, the Huawei heiress and chief financial officer detained in Vancouver on Dec. 1, 2018 on a U.S. Justice Department extradition request, are considering some kind of plea-bargaining arrangement with prosecutors in New York.

Having been bullied, badgered and browbeaten by Chinese supreme leader Xi Jinping for two long years, everybody wants an end to the abject national humiliation we’ve endured, not least Beijing’s retaliatory abduction of diplomat-on-leave Michael Kovrig and entrepreneur Michael Spavor on transparently spurious espionage charges. There’s a lot of speculation making the rounds that if Meng were to agree to the arrangement, there might be an end game of sorts on the horizon, at least for the suffering of the two Michaels.

There’s a lot of wishful thinking going on here. It’s quite conceivable that Beijing might at some point decide that its imprisonment of Kovrig and Spavor no longer serves its intended purpose, which was to strong-arm Ottawa into shrinking from its obligations under the Canada-U.S. extradition treaty in Meng’s case. But that scenario is quite some distance removed from the Justice Department’s discussions with Meng’s lawyers, which shouldn’t be expected to take Canada’s hurt feelings into account.

RELATED: With the Meng Wanzhou decision, politicized process lives only in China’s imagination

It’s tempting read a lot into the negotiations disclosed last week, but what the prosecutors in New York are up to is standard practice. There is nothing out of the ordinary going on. Deferred prosecution agreements have become the U.S. Justice Department’s preferred means of settling complex cases involving money laundering, sanctions evasion, conspiracy and bank fraud—precisely the charges both Meng and Huawei Technologies Co. Ltd. are facing

The deal on the table is reported to require Meng to admit to some degree of wrongdoing in the charges she’s facing and to co-operate in some way with the Justice Department lawyers pursuing charges against Huawei, itself. In exchange, Justice Department prosecutors would defer (and likely eventually drop) their case against Meng and withdraw the extradition request Canada acted on in December 2018. The deal would allow Meng to return to China.

The negotiations, to resume this week, have been reportedly going on for several months. Meng is said to be chafing at the terms.

The bombastic utterances of President Donald Trump, who once notoriously suggested he might intervene in the case if it could get him better trade terms, don’t factor into the talks. The sensibly rational president-elect, Joe Biden, shouldn’t be expected to insinuate himself into the situation to cut Huawei any slack, either. The Justice Department’s pursuit of Huawei began well before Barack Obama’s election in 2008, and it continued through the Obama years. The prosecutors in the Justice Department’s Eastern District of New York are leading the chase. They know exactly what they’re doing, and how to do it.

RELATED: A new message to Trudeau: There must be no ‘acceding to the demands of hostage-takers’

In October, the department concluded its largest-ever deferred prosecution deal in a bribery case, forcing the Goldman Sachs Group to pay out a total of $5 billion to settle charges related to diverting money from development projects in Malaysia and across the Middle East. Billions of dollars were embezzled while Goldman Sachs officials turned a blind eye to the scheme. An even larger settlement, a sanctions-evasion case, was secured in 2014 against the French bank BNP Paribas and netted the U.S. Treasury $8.9 billion. The bank agreed to the settlement to avoid trial on charges related to evading sanctions on Sudan, Cuba and Iran.

Just last week, prosecutors with the same office bringing the charges against Meng and Huawei forced the Swiss energy firm Vitol to pay $163 million to settle charges that its employees paid bribes for oil concessions in Brazil, Mexico and Ecuador. The deal is expected to be followed by similar settlements with several global commodity traders. The same New York prosecutor’s office procured the 2012 deferred prosecution agreement on money-laundering and sanctions-evasion charges from Britain’s largest bank, HSBC. The bank was found to have allowed drug cartels to launder billions of dollars around the world, and facilitated transactions on behalf of sanctioned clients in Myanmar, Iran, Sudan and Cuba.

Beijing has warned HSBC that its continued co-operation with the Justice Department could be seen as a violation of a Chinese corporate law that prohibits taking evidence from witnesses in China to aid foreign law enforcement agencies. HSBC has come under fire from Hong Kong democracy activists for capitulating to Beijing by supporting Xi’s draconian national security law in the formerly semi-autonomous territory. But the move doesn’t seem to have ingratiated the bank to Xi. Dong Dengxin, a prominent Xi supporter from Wuhan University, says HSBC’s co-operation with U.S. prosecutors in Meng’s case is widely seen as “acting as a backstabber to frame Huawei.”

RELATED: China kidnapped two Canadians. What will it take to free them?

There’s little precedent to go on, however, in sketching the outlines of a hypothetical deal with Meng that might resolve Huawei’s legal troubles in the U.S. Huawei is a global telecommunications giant, one of Xi’s “national champion” enterprises—effectively a state-owned entity at the vanguard of Beijing’s explicit intentions to dominate the world through technology.

In some ways, Huawei’s predicament might appear similar to the difficulty faced by China’s state-backed telecom ZTE, which pleaded guilty in 2017 to lying to U.S. regulators while it was illegally exporting U.S-origin products into Iran and North Korea. The company paid roughly $1 billion in fines and restitution, and the U.S. Commerce Department imposed a trade ban on ZTE. But after Xi personally intervened on the firm’s behalf, Trump lifted the U.S. Commerce Department ban in 2018. Part of the deal was that ZTE would replace its senior executives.

But the U.S. Commerce Department is not independent of the White House in the same way the Justice Department is. And Huawei is in any case so deeply embedded in the Chinese state that it is indistinguishable from an arm of the central government.

We all want the two Michaels to be free. But Canada has chosen to keep its head down, exact no penalties from Beijing for its cruel hostage diplomacy, and carry on a trade relationship with China on terms set by Beijing. We all want to be rid of Meng Wanzhou, too. But for now, at least, she’s contentedly domiciled in her mansion in Vancouver’s posh Shaughnessy district, popping into the proceedings at the B.C. Supreme Court now and then as her legal team mounts every conceivable challenge to forestall her extradition to the United States.

And we all wait, and wish, and hope.