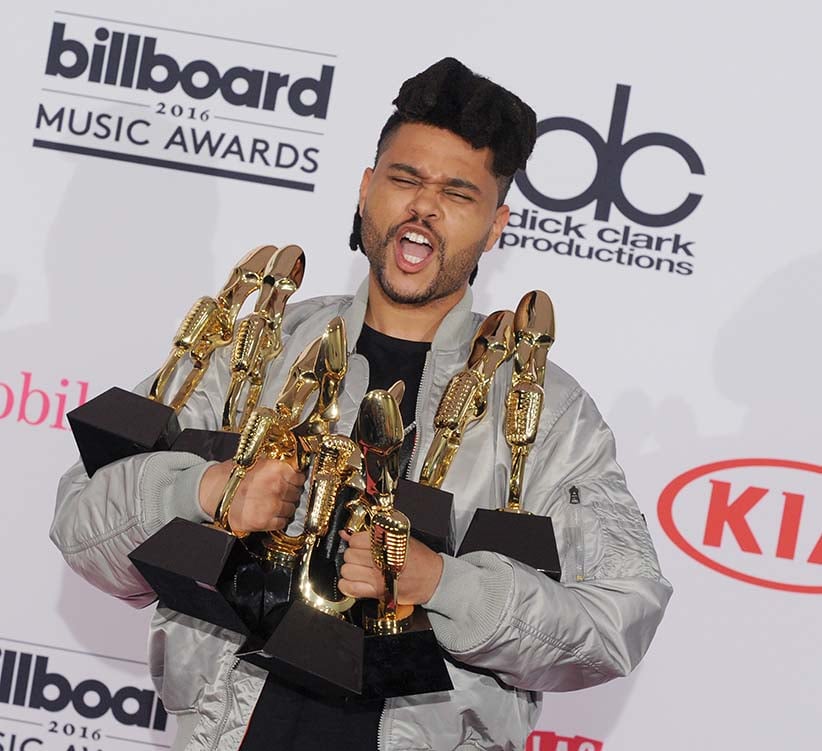 Singer The Weeknd poses in the press room at the 2016 Billboard Music Awards at T-Mobile Arena on May 22, 2016 in Las Vegas, Nevada. (Gregg DeGuire/WireImage/Getty Images)

1. A needed fight for equal rights.

Perhaps “because it’s 2016,” the Liberals introduced Bill C-16, federal legislation that would guarantee legal and human rights for transgender Canadians. The bill landed on the International Day Against Homophobia, Transphobia and Biphobia, shortly before the Barack Obama administration issued a directive for U.S. public schools to enable transgender students to use bathrooms matching their gender identities. Obama defended his effort in a powerful interview with media. Even better, Trudeau didn’t have to.

2. Iraq tightens the noose on ISIS.

After a months-long siege, Iraqi forces finally launched an assault on Islamic State-controlled Fallujah this week in the hopes of further loosening the bloodthirsty militant group’s grip on the country. Leaflets dropped on the city instructed residents to flee or run white flags above their homes, but Islamic State has warned it will kill anyone who leaves their house or tries to surrender. Meanwhile, U.S.-backed Kurdish forces launched a push into the Syrian city of Raqqa, which functions as Islamic State’s capital city. The destruction of Islamic State and its medieval practices may be close at hand.

3. The closing of a different kind of gender gap.

Men are finally catching up to women when it comes to mere existence. Recent Statistics Canada data for the years 2010 to 2012 showed women can now expect to live just over four years longer than men (83.6 years versus 79.4). The gap is the smallest since the 1970s, when it was more than seven years. The reason? Men and women now lead more similar lifestyles, while men are avoiding diseases that primarily affected them in the past. Unfortunately, everyone still only lives once.

One of Toronto’s stuffiest addresses is about to get a more urban vibe. Hip-hop star Drake plans to build a 21,000-sq.-foot mansion in the city’s tony Bridle Path neighbourhood, complete with an NBA-sized basketball court (Drake is the Toronto Raptors’ “global ambassador”), underground pool and “jersey museum.” Among Drake’s new neighbours: former press baron Conrad Black, who, incidentally, recently ran into a hiccup selling and leasing back his more traditional $21.8-million mansion after the CRA placed a lien against the property, claiming unpaid taxes. No word whether Drizzy plans to brand his posh new ’hood the same way he re-branded Toronto as “the 6ix.” 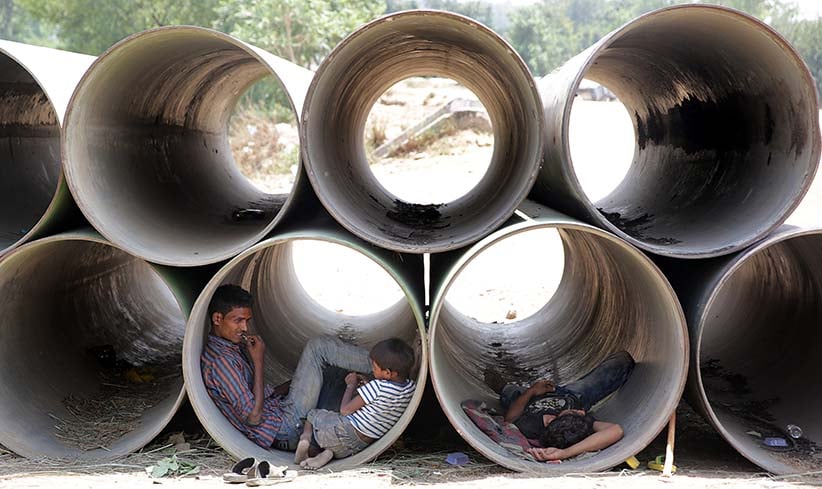 Indians rest in unused water pipes to avoid the heat on a hot summer day in New Delhi, India, 19 May 2016. According to the news reports an orange alert was announced in Delhi and non capital regions as temperatures in the Indian capital reached to the 47 degree Celcius. (Harish Tyagi/EPA)

Gord Downie, the Tragically Hip’s energetic frontman, has been diagnosed with an incurable form of brain cancer. Doctors said Downie, 52, has undergone surgery, radiation and chemotherapy treatments for glioblastoma, first detected last December. The Hip formed three decades ago in Kingston, Ont., and grew to become a quintessentially Canadian rock band, referencing places like Bobcaygeon, Ont., and Millhaven prison in its songs. A final tour—an emotional one to be sure—is still planned for this summer.

Crown prosecutors have withdrawn charges of fraud and breach of trust against former senator Mac Harb relating to his upper chamber expenses, citing the recent acquittal of Sen. Mike Duffy on similar charges. The news came one day after the RCMP said Sen. Pamela Wallin won’t face charges for her travel expenses—a moment Wallin’s lawyer called a “day of vindication.” Hardly. Just because there’s insufficient evidence for a criminal conviction doesn’t mean the senators were right to take advantage of ridiculously lax Senate rules and, ultimately, of taxpayers.

8. The EgyptAir crash proves terror is alive in the skies.

The crash of EgyptAir Flight 804, which killed 66, including two Canadians, could raise troubling new questions about airport security if the recovery of Airbus A320’s black box point to terrorism, as many suspect. The Cairo-bound plane disappeared from radar a little over three hours after taking off from Paris’s Charles De Gaulle airport, supposedly now among the most secure in Europe following the Paris attacks. Officials say it’s all speculation at this point, but unnamed sources close to the investigation were quoted as saying the recovery of charred human remains suggest a mid-air explosion.

No one wants to grow old and lonely, but a new study based on cellphone data suggests we’re destined to do just that. Researchers in Finland and the U.K. found men and women have the most friends at the young age of 25, with men generally being more connected than women. After that, people begin shedding friends (and men faster than women) as people focus on careers, get married and have kids. Even more depressing: despite Facebook accounts padded with hundreds of social media “friends,” we only have about 15 real-world ones, on average—that is, people we actually talk to.