Talking points: Rise of the right and a surveillance fight

Our short takes on the news of the week. From European politics, to the future of cat videos. 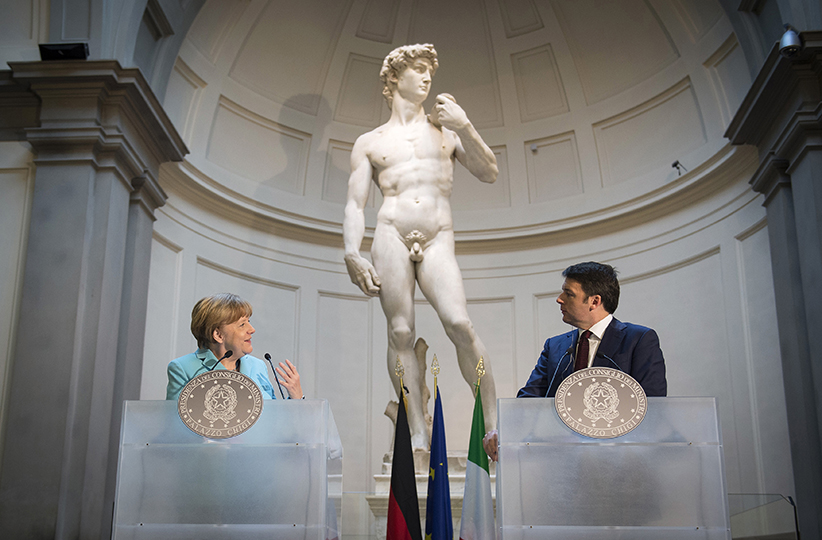 Canada’s unemployment rate fell slightly to 6.8 per cent in November, but that doesn’t mean Canadians are finding it easier to pay their monthly bills. Why? The upbeat jobless number masks a far more troubling trend: the replacement of dependable full-time jobs with less lucrative part-time positions. In the past 12 months, the country has added 213,000 of the former and lost 30,000 of the latter, according to Statistics Canada. David Rosenberg, the chief economist at Gluskin Sheff, didn’t mince words about our new part-time economy. He called it “pathetic.”

Canadians eager to see the first major exhibition of artifacts plucked from two Franklin shipwrecks in Nunavut must either travel to London next year or wait until an exhibition opens in Gatineau, Que., in 2018. The limited viewing options are seemingly the result of an ownership tug-of-war between Ottawa, the U.K. (which owns the Royal Navy ships that sailed into the Northwest Passage in 1845) and the government of Nunavut, which also wants an exhibit given the Inuit role in helping to figure out what happened to Sir John Franklin and his 128 doomed men. It’s taken 170 years to shed light on Canada’s most enduring Arctic mystery. We shouldn’t have to wait any longer to see what we’ve learned.

Right on the rise

In yet another blow to European stability, Italian Prime Minister Matteo Renzi lost a referendum on constitutional reform and has promised to resign. It’s an ominous sign given upcoming elections in Germany, France and the Netherlands, where nationalist parties are on the rise. There is, however, still hope. Austria’s Freedom Party recently lost a presidential election that would have created Europe’s first far-right head of state since the Second World War.

U.S. president-elect Donald Trump kicked off his victory tour in Ohio by quickly rediscovering his old campaign rhetoric. He bashed Hillary Clinton, the media and globalism then tweeted more criticism of Alec Baldwin’s “unwatchable” impression of him on Saturday Night Live, which he obviously watched. Meanwhile, the fake news that helped elect Trump resulted in a real-life attack for a Washington, D.C., pizzeria after a rifle-toting man decided to “self-investigate” a debunked conspiracy theory involving Clinton and a child sex ring. Is it 2020 yet?

Get out the vote—on voting

Maryam Monsef, the federal minister of democratic institutions, has apologized for belittling the work of a special committee asked to study the idea of switching to a proportional representation (PR) system before the next election. It was the right thing to do. The committee was struck by the Liberals, and its recommendation was sensible enough: design a new PR system and hold a referendum to determine if Canadians prefer it to the current first-past-the-post scheme. The Liberals campaigned on this very issue in 2015. It’s time to move forward and see if they truly have voters’ support.

Former New York City mayor Michael Bloomberg was ridiculed for trying to ban giant soft drinks in the Big Apple, although that didn’t stop him from spending his personal fortune on efforts to tax sodas in California and elsewhere. Now cigarettes are on his hit list. Bloomberg’s foundation is committing an extra $480 million to fight global tobacco use, bringing its total anti-smoking commitment to nearly $1.3 billion. The move comes as beleaguered Big Tobacco tries to drum up new customers in poorer countries. It also comes as a new study by the National Cancer Institute found smoking as little as one cigarette a day raises your chance of dying early.

Fearing a post-Trump rise in online surveillance and digital tracks-covering, San Francisco’s Internet Archive is talking to Canadian universities about setting up a “mirror” of the entire Internet in Canada to take advantage of more favourable laws governing digital libraries. It’s no small endeavour. The project would cost about $6.6 million and involve about 279 billion (and counting) web pages. Don’t worry, America. Your cat videos are safe with us.

The police in Kensington, P.E.I., are apologizing to Nickelback for threatening to make holiday drunk drivers listen to one of their CDs. The cops say they felt bad when their Facebook post went viral because their intention wasn’t to make fun of the Canadian rockers, who they argue deserve better. Indeed. Like them or not, Nickelback have earned their success, with 50 million album sales under their distressed leather belts. Besides, police in Middletown, Ohio, appear to have a better way to threaten would-be crooks: the music of Britney Spears and the Jonas Brothers.