The feds are falling well short of their goal to go electric. Will 2021 be different? 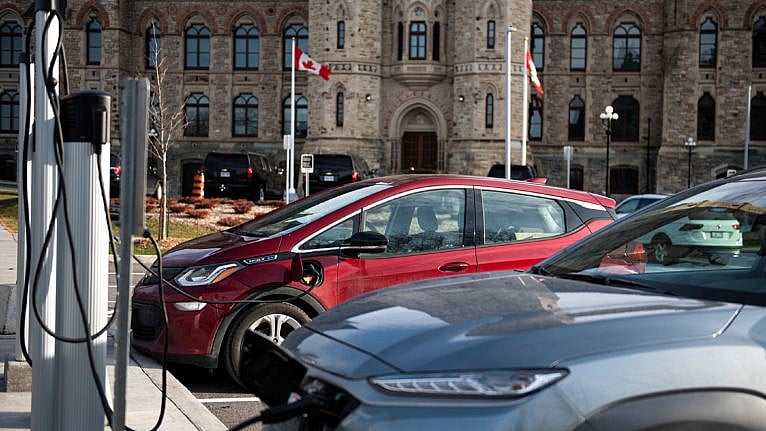 Ottawa’s plan included EV charging stations at federal workplaces; only 144 have been installed.(Photograph by Justin Tang)

Even before Justin Trudeau took office in 2015, he made some ambitious promises to hit Canada’s emissions reduction targets under the Paris Agreement. Big changes would come to the whole economy, he promised, and it would start at home.

The federal government, he swore, would go green, replacing its fleet of gas-powered vehicles with ones that were electric and hybrid.

Those first self-imposed targets came due in 2020: the results are decidedly a mixed bag. With 2021 upon us, and the next round of benchmarks coming in 2030, Trudeau will need to seriously double down on those efforts if he hopes to lower even the federal government’s emissions, let alone the CO₂ output of the entire country.

Before winning his first mandate, Trudeau proposed making Canada an “early adopter” of green tech by “adding electric vehicle charging stations at federal parking lots, and rapidly expanding the federal fleet of electric vehicles.” In government, even more ambitious plans were put to paper. Ottawa pledged to slash CO₂ emissions from its fleet of vehicles by 40 per cent from 2005 levels by 2030, and 80 per cent by 2050. It’s no small problem: Canada’s cars, trucks, ships and aircraft are responsible for about 130 kilotons of CO₂ per year. That’s the equivalent of about 715 railcars of coal burned, according to the U.S. Environmental Protection Agency.

As we head into the new year, Maclean’s kicked the tires on Ottawa’s progress, asking for government accounting and consulting the mishmash of reports and disclosures from dozens of departments and agencies. Some departments appear to be taking to the challenge of greening their fleets with gusto. More broadly, though, the Canadian government is falling well short.

From the outset, Ottawa’s promises were pretty modest. They explicitly excluded its tanks, battleships and cargo aircraft, and focused only on its 24,000 administrative and on-road vehicles, which compromise about 60 per cent of total fleet emissions and a tenth of the government’s overall footprint.

The green plan aimed to make sure that all purchases of executive cars—used to shepherd around cabinet ministers, foreign dignitaries or high-level civil servants—were low-emissions by the end of 2019. Ottawa can claim success there. The Treasury Board of Canada Secretariat says all purchases have been zero-emissions for the past two years, totalling 56 hybrid cars and 15 zero-emissions vehicles (ZEVs)—81 per cent of the total executive fleet.

The plan also vowed that, by the end of 2020, “75 per cent of new light-duty unmodified administrative fleet vehicle purchases . . . will be zero-emission vehicles or hybrid.” On that broader target, the Treasury Board was less than clear, writing that, in the last year, three-quarters of those purchases occurred “where available.” That caveat carries a lot of weight, given the secretariat admitted only about 15 per cent of the total fleet “could be replaced by a ZEV or hybrid model currently on the market.” As of the end of 2020, Ottawa said it owned 1,092 zero-emission or hybrid vehicles—less than five per cent of its total fleet.

Some departments have done well. Agriculture and Agri-Food Canada, for example, sought to hit the 75 per cent target by 2021: instead, fully 100 per cent of its purchases were for zero-emission or hybrid vehicles. Transport Canada, the department partly responsible for expanding the use of electric vehicles across the country, hit just 59 per cent as of 2019, the last year for which it reported data.

Part of the green plan was to install electric chargers at federal workplaces to encourage bureaucrats to switch to zero-emission cars for their commute. The federal government owns some 20,000 buildings across the country, yet, as of September, Public Services and Procurement Canada reports it has installed just 144 charging stations.

All this might not make Canada much of an “early adopter,” like the Prime Minister once promised, but is it bringing Canada in line with its emissions targets? The government says that, as of last year, its on-road fleet emissions have fallen by about 30 per cent below 2005 levels, “well on the way” to its 40 per cent target. But when Maclean’s crunched the numbers for the 15 departments that began reporting in 2015, it actually showed a nine per cent increase in emissions over the last five years, not a reduction.

Thus far, Ottawa has not become, like the Liberals once promised, an international leader in low-emission technologies. If they hope to start hitting targets in 2021, it might be time to take the plan in for a tune-up.

This article appears in print in the January 2021 issue of Maclean’s magazine with the headline, “Ottawa unplugged.” Subscribe to the monthly print magazine here.