Elizabeth May calls for civility in Ottawa, while Barack Obama backs away from a pledge to close Gitmo 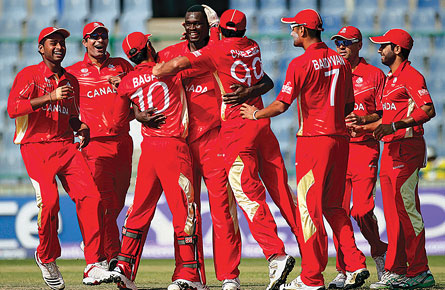 Fed up with Ottawa’s increasingly partisan tone, Green Leader Elizabeth May has launched an attack ad attacking attack ads. More civility in, and out of, the House is a good idea, and we urge all parties to take heed. For example, Tory Michael Chong’s motion to bring back decorum to question period is stuck in committee limbo, and risks dying if an election is called. Perhaps a pledge from MPs to show up in the chamber more often might get things moving in the right direction.

While Steve Jobs has been forced to hand over the reins at Apple due to illness, it was reassuring to see him appear on a stage last week in San Francisco to reveal the company’s latest tablet, the sleek iPad 2. Jobs looked frail, but his participation was nevertheless a welcome reminder that he still has a hand in the game. We shudder to imagine what technology and design would look like without him.

The age of Discovery

The shuttle Discovery returned to Earth this week completing its 39th, and final, trip into space. In service for 30 years, the oldest remaining shuttle had many important missions, including the deployment, and later repair, of the Hubble telescope and construction of the International Space Station. Among the special tributes was a morning wake-up call for the astronauts from Star Trek’s William Shatner. Only two more shuttle missions remain before all the craft are retired. Time for the next generation.

The International Football Association has banned the wearing of “snoods”—combo neck-warmers and hoods—during matches. Critics, particularly in the English Premier League, groused that they were unmanly, but FIFA president Sepp Blatter says it’s a matter of safety. “It can also be dangerous. It can be like to hang somebody.” Given the amount of diving and fakery in the men’s game, it might be too late to preserve its dignity. Thankfully, there’s always the example of Canada’s women, who beat Scotland, Italy and England en route to a berth in the final of the Cyprus Cup. With our country set to host the 2015 Women’s World Cup, all the more reason to cheer. 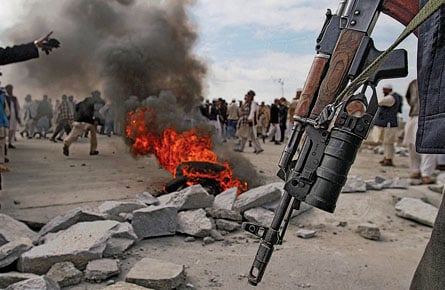 President Barack Obama came to power vowing to shut down the prison camp at Guantánamo Bay, Cuba, and bring its detainees—many held without charge for a decade—to justice. But in the face of strong opposition to warehousing and trying accused terrorists on U.S. soil, he reversed the first part of that plan. This week, he took another huge step backwards, reinstating George W. Bush’s system of military tribunals. Surely the world’s leading democracy shouldn’t fear free and open trails. Justice must be seen to be done.

While the international community dithers about imposing a no-fly zone over Libyan skies, Col. Moammar Gadhafi continues to use his air force to bomb and strafe both rebels and civilians. Removing this madman from power would clearly benefit not only the country, but the whole world. So far, the only thing anti-Gadhafi forces have been getting are snooping visitors, like the eight British spies and commandos captured and sent packing last week. Too bad the West seems to favour intrigue over real action.

Spring is creeping closer, but winter remains Canada’s season of danger. In Chambly, Que., a man died when the snow fort he was making for his stepson collapsed on top of him. In southwestern Ontario, an eight-year-girl is missing and presumed drowned after falling through the ice of a creek behind her home. In Moncton, N.B., the city’s salt storage dome roof caved in after yet another heavy snowfall. Never underestimate nature.

Elderly drivers are half as likely as younger ones to see pedestrians on the curb or sidewalk, according to a new study by Israeli researchers. Not only do they have a narrower field of vision, they take longer to respond to hazards once they finally notice them. And it seems that age-inspired ignorance isn’t limited to the road. Alan Simpson, the 79-year-old co-chairman of Obama’s deficit commission, went on TV this week to talk about social security and ended up chiding kids for their baggy pants and the crazy music of “Snoopy Snoopy Poop Dogg” and “Enema Man.” Learn to Google, Grandpa.