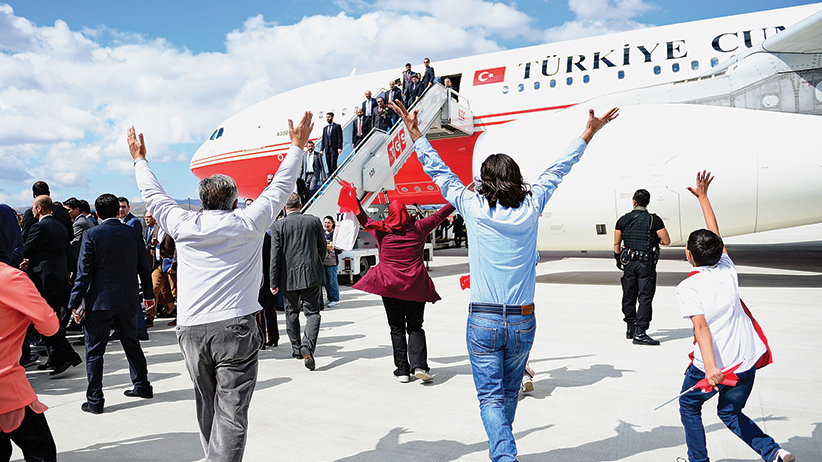 Freed hostages—taken by members of Islamic State while in Mosul, Iraq—are greeted by their family members in Ankara, Turkey

In a nation ravaged by decades of conflict, a welcome glimmer of hope: After a three-month quarrel over election results that threatened to push Afghanistan into yet another civil war, the country’s rival candidates have agreed to create a “national unity government.” Ashraf Ghani, who won the contested vote, will serve as president, while his rival, Abdullah Abdullah, will be chief executive, akin to a prime minister. Never before has Afghanistan witnessed a democratic transition from one government to another and, in the words of outgoing president Hamid Karzai, “the Afghan people have been waiting for this happy day.” So has the rest of the free world.

When media magnate Israel Asper first pitched the idea—a museum dedicated to human rights, built in Winnipeg, not Ottawa—there were plenty of naysayers. It would be too expensive, too controversial, and too far from the nation’s capital to attract visitors. But, 11 years after Asper’s death, his legacy is finally a reality. The Canadian Museum for Human Rights opened its doors last week, backed by all three levels of government and a remarkable $150 million in private donations. It stands as not only an important new institution, but a symbol of what can be achieved against the steepest of odds.

Buckle up, fatalities down

According to statistics released by the Ontario Provincial Police, 2014 could be a record-breaking year, with the fewest road deaths caused by people failing to fasten their seat belts. At last count, 32 people have died in Ontario crashes this year because they didn’t buckle up, down from 73 in 2013—and well below the 68 recorded in 2009, the lowest annual tally over the past decade. It’s an encouraging sign, proof that the Buckle Up! campaign is finally resonating with motorists. Sadly, the same can’t always be said for “Don’t Drink and Drive.” In Pictou, N.S., police pulled over the same drunk driver twice in less than 24 hours.

A new study has concluded (surprise, surprise) that a regular regimen of cardio workouts and weightlifting is the best remedy for teen obesity. But this could work, too: A Winnipeg company, Ecotone Foods, is developing a new kind of trail mix that includes crickets, worms and other insects as ingredients. The crunchy bugs will be roasted at 270° C, just high enough to kill any potential bacteria. Let the weight loss begin. 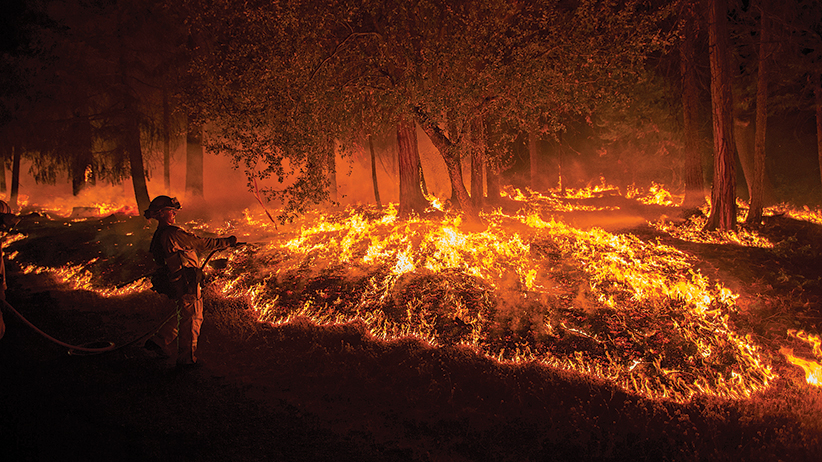 As promised, the Pentagon unleashed its first air strikes in Syria, a central part of U.S. President Barack Obama’s plan to “degrade and ultimately destroy” Islamic State militants. But as the bombs fly—and Islamic State continues its murderous sweep through the region—the number of innocent refugees has reached staggering levels. Last week alone, more than 130,000 crossed the border into Turkey, with thousands more expected to follow. Almost as appalling is Ottawa’s response to the growing crisis. More than three years after civil war broke out in Syria, Canada has helped to resettle fewer than 200 displaced residents. Sweden, by comparison, has welcomed 30,000.

New research from a Lakehead University economist has confirmed what many Canadians have long suspected: Despite plummeting crime rates, the price of policing has soared to unsustainable levels. Released by the Fraser Institute, Livio Di Matteo’s report says that between 2001 and 2012, police officers per 100,000 Canadians rose 8.7 per cent, even though nationwide crime rates fell by 26.3 per cent. Most alarming, the overall cost of policing rose by 45.5 per cent between 1986 and 2012. According to the study, the country’s most overstaffed police forces are in Saint John, N.B., Winnipeg, and Windsor, Ont.

If Canada really does have too many cops, how can this possibly happen? Raymond Lee Caissie—a remorseless sex offender who was released from prison in 2013 after serving a 22-year sentence for rape—has been charged with murdering Serena Vermeersch, a 17-year-old girl from Surrey, B.C., whose body was found near a set of train tracks. Caissie was considered such a high risk to reoffend that the RCMP issued a warning when he was released, alerting the community to an “opportunistic and impulsive” predator in their midst. The Mounties also promised that Caissie would be monitored by both police and probation officials. Clearly, not closely enough.

The National Football League isn’t getting a lot of sympathy these days, and deservedly so. Add to the list Detroit Lions linebacker Stephen Tulloch. The veteran will miss the rest of the season after undergoing surgery to fix his left ACL—injured during a post-sack celebratory dance. A little modesty goes a long way, Stephen. You’ll have plenty of time to ponder that lesson from the couch.