Tokarski thrives on pressure (which is a very good thing) 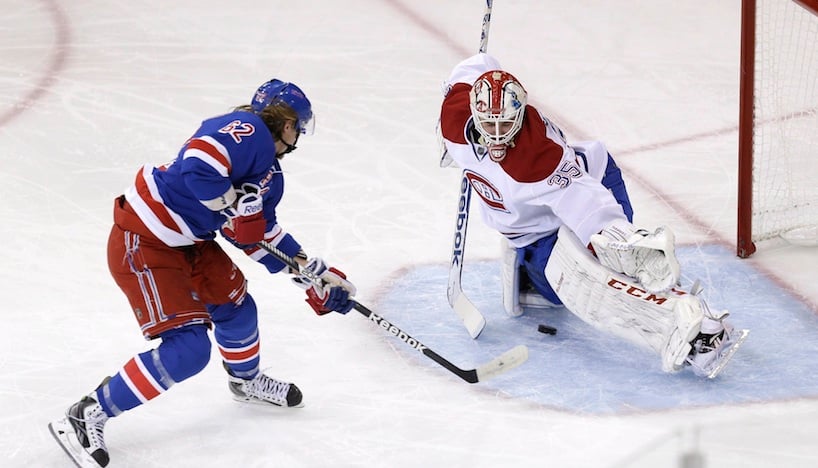 Chris Johnston writes for Sportsnet where this first appeared. For more of his work, click here.

MONTREAL — First, an anecdote about Dustin Tokarski and playing under duress: It was a game day in October 2012 and the goaltender had just been carjacked at knifepoint. He was sitting in a Syracuse Crunch track suit, in a Syracuse police station, just hours before his team was scheduled to play a road game against the Binghamton Senators.

There was a police lineup to identify the perpetrator, some paperwork to complete and even a few autographs to sign for officers. Then, there was a frantic one-hour drive and an arrival at the Broome Veteran County Memorial Arena at roughly the same time the national anthem was being performed.

Under those difficult conditions, Tokarski would obviously not be starting that game for Syracuse.

However, he would be forced to play. The Crunch fell behind 5-0 early in the second period and a line brawl broke out as counterpart Riku Helenius skated down the ice to trade punches with Binghamton’s Robin Lehner. The two starting goalies were ejected.

That left only one man for Syracuse coach Jon Cooper to turn to. And, given the events of the day, there was every reason to believe that the game was about to get even uglier.