"(Const. Ken Lam) wants to make sure that everyone understands he was not a hero, he was merely doing a job." 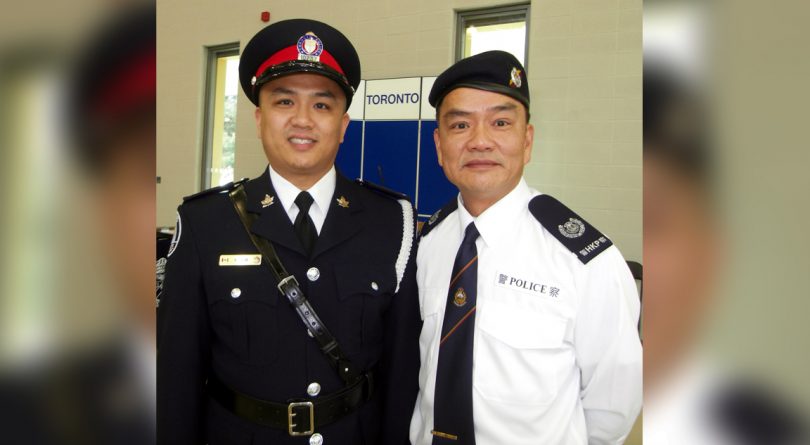 “He wants the public not to call him a hero. He’s Officer Ken Lam. He’s real. He’s got a name, he’s got a badge. He’s not a hero,” Toronto’s deputy police chief Peter Yuen said of the arresting officer.

The statement in it of itself is quite remarkable considering the acclaim and outpouring from around the world.

Yuen spoke to media on behalf of and about Const. Ken Lam in a press conference on Wednesday afternoon after police were inundated by requests to speak to the “hero cop” — the police officer who apprehended and arrested the suspect in Monday’s deadly van attack in Toronto without firing a single shot.

He further added that Const. Lam feels like praise, support and recognition should be heaped on first responders, other personnel on site and everyday citizens who helped after the van mounted a Yonge Street sidewalk and killed ten pedestrians and injuring 14 others.

Yuen said he shares a close relationship with Lam and shared some of the constable’s thoughts and what he wants the public and media to know — the salient point being that he does not consider himself a hero, nor does he want the public to see him that way.

The constable, who’s served seven years on the force, was not assigned to the call that day but rather simply “bumped into the suspect.”

“That could have turned into a very tragic situation for more people — for the accused’s family and for officer Lam’s family, if (Lam) had opened fire,” Yuen said. The deputy chief said that he’s been in “constant contact” with Lam, even sending him texts the last two mornings checking up on how he’s doing.

Lam is unable to speak to media himself because he is a key witness in a multiple homicide case, Yuen said. He could be required to testify in court and anything he says could be used as evidence in open court.

The now-famous video footage of the interaction shows Lam talking to Minassian, who can be heard shouting, “Shoot me,” and “I have a gun in my pocket.”

“I don’t care, get down or you’ll get shot,” Lam is heard shouting back. Within minutes, Lam moves towards the suspect and quickly handcuffs him.

MORE: The cop who didn’t shoot

The deputy chief met Lam about five years ago through a Toronto police services (TPS) support network for officers with an East Asian heritage.

Lam, who worked for 14 years as an engineer before becoming a police officer in his mid-30s, has made a name for himself among colleagues as “the guy who sells stuff” by spearheading charity campaigns or raising money for fellow officers in times of need, Yuen said.

“Anything that’s required, he’s there,” Yuen said. “You don’t even have to ask, he just happens to have a nose for (charity), he’ll show up and say, ‘I’ll help you.'”

Who is Const. Ken Lam?

How is he doing?

How did he handle the arrest?

With files from The Canadian Press’ Peter Goffin