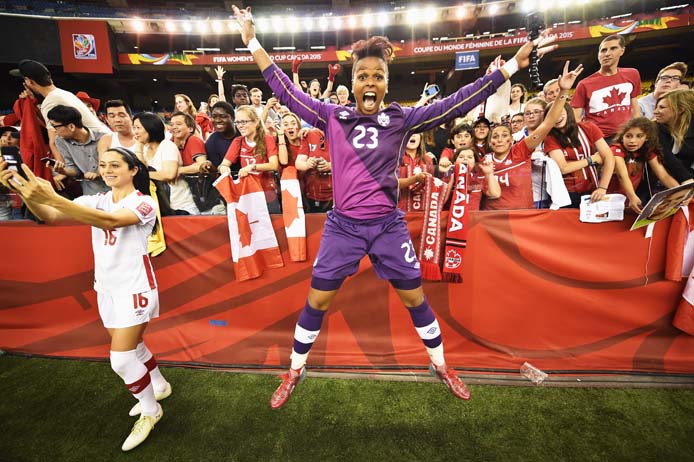 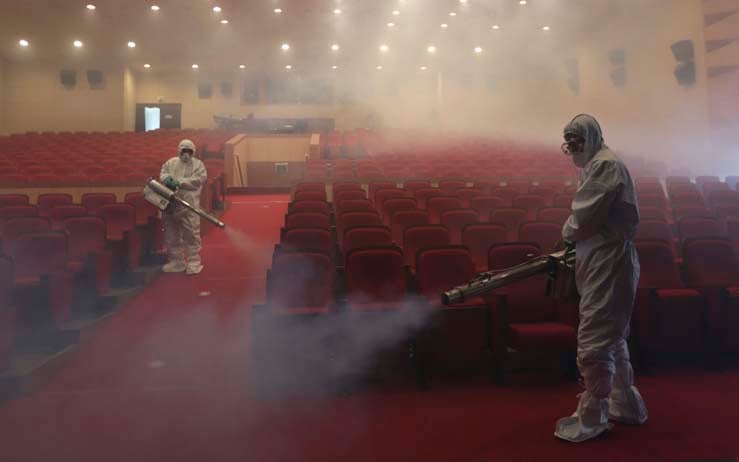 Workers in protective gear spray antiseptic as a precaution against the spread of MERS, Middle East Respiratory Syndrome, at an art hall in Seoul, South Korea. The outbreak has caused panic in the East Asian country. (Lee Jin-man/AP) 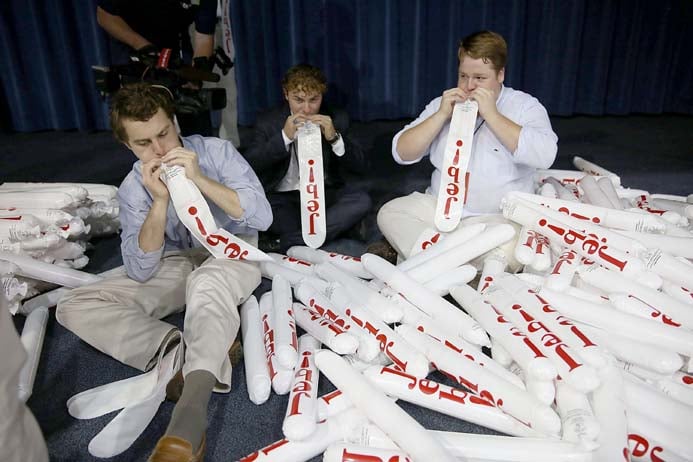 Workers prepare for a campaign event in Miami, where Jeb Bush announced his candidacy for the Republican presidential nomination (Joe Raedle/Getty Images) 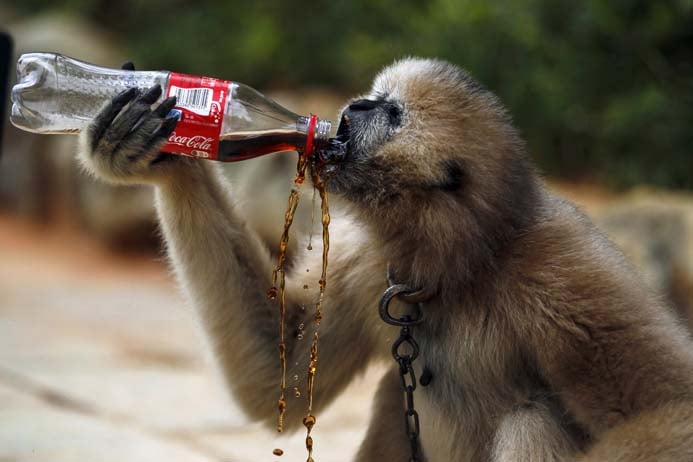 A gibbon at a zoo in Kunming, China, drinks a Coke that was given to it by a tourist (Wong Campion/Reuters) 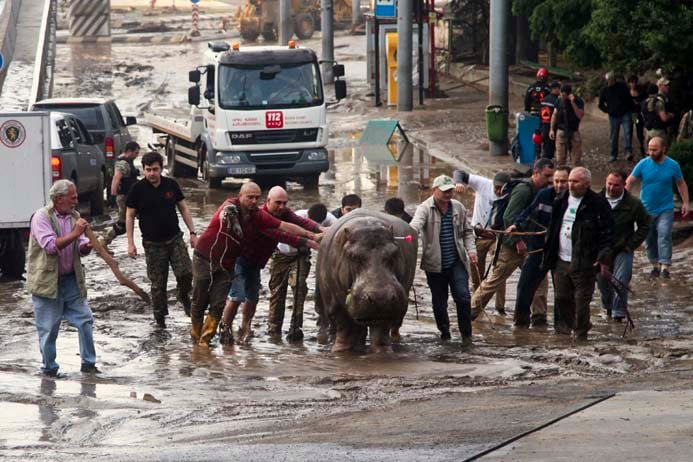 People assist a hippopotamus that was shot with a tranquilizer dart after it escaped from a flooded zoo in Tbilisi, Georgia. Tigers, lions, a hippo and other animals escaped after heavy flooding destroyed their enclosures. At least 19 people perished in the disaster, including a warehouse worker who was killed by an escaped white tiger. (Tinatin Kiguradze/AP) 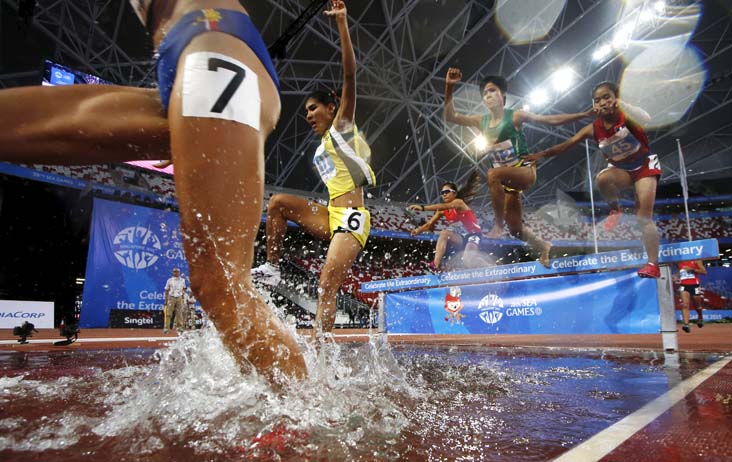 Contestants jump into the water pit during the women’s 3,000-m steeplechase finals at the Southeast Asian Games in Singapore (Edgar Su/Reuters) 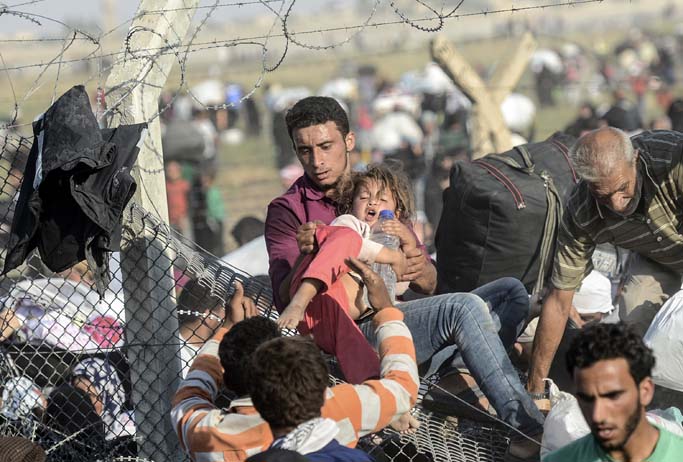 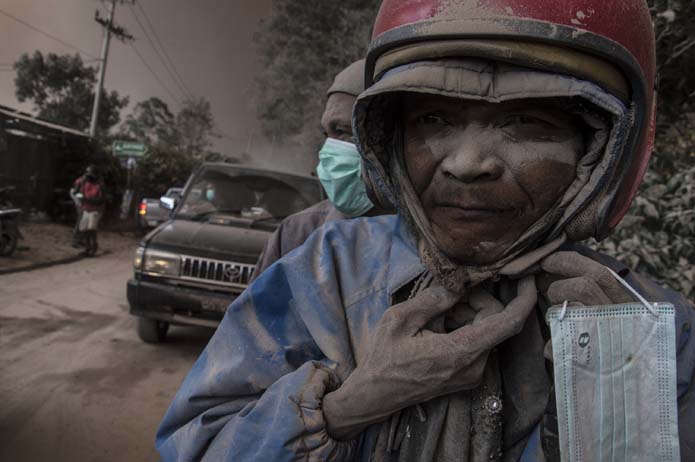 A motorcyclist is covered by ash spewed by the Mount Sinabung volcano in North Sumatra, Indonesia. Nearly 3,000 people were evacuated from their homes after the country upgraded the threat posed by the volcano to the highest possible level. (Sutanta Aditya/AFP/Getty Images) 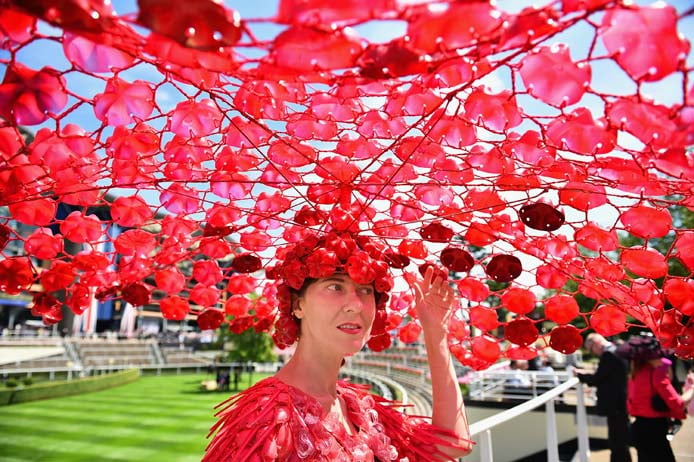 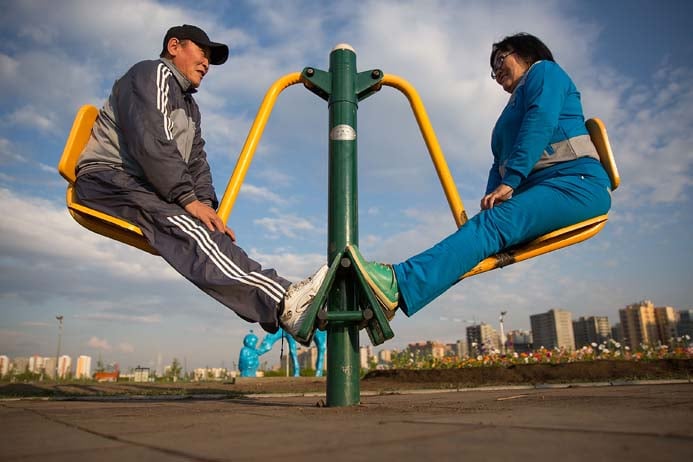 Mongolians exercise at a park in Ulan Bator, Mongolia. A few years ago, the country boasted one of the world’s fastest-growing economies, but, since then, Mongolia’s economic growth has fluctuated greatly. The current prime minister is pushing for an increase in foreign investment to stabilize the economy, including a deal to expand the $6.5-billion Oyu Tolgoi copper-gold mine. (Taylor Weidman/Getty Images) 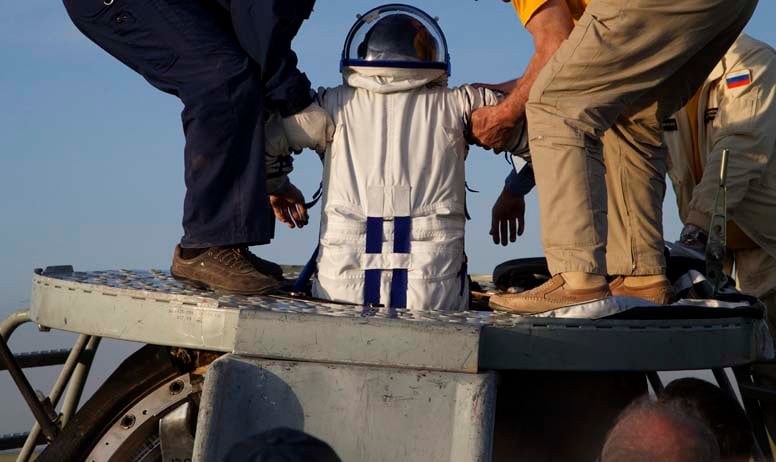 After returning from the International Space Station, Italian astronaut Samantha Cristoforetti is helped out of the Soyuz TMA-15M space capsule after she, U.S. astronaut Terry Virts, and Russian cosmonaut Anton Shkaplerov landed in a remote area outside the town of Jezkazgan, Kazakhstan (Ivan Sekretarev/AP) 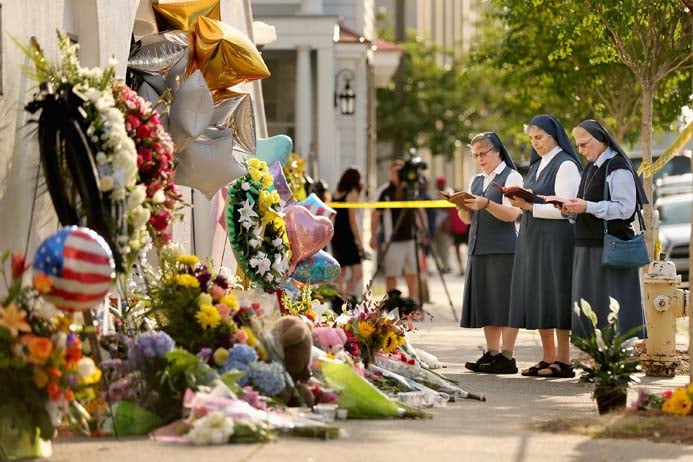 Nuns from the Order of the Daughters of St. Paul pray outside the Emanuel African Methodist Episcopal Church in Charleston, S.C., after nine people were shot dead inside it during a prayer meeting on Wednesday night. South Carolina Gov. Nikki Haley called for the death penalty for Dylann Storm Roof, 21, of Lexington, S.C., if he is found guilty of murdering them. Among the dead is Rev. Clementa Pinckney, the pastor of the church, which is the oldest black congregation in America south of Baltimore. (Photo by Chip Somodevilla/Getty Images) 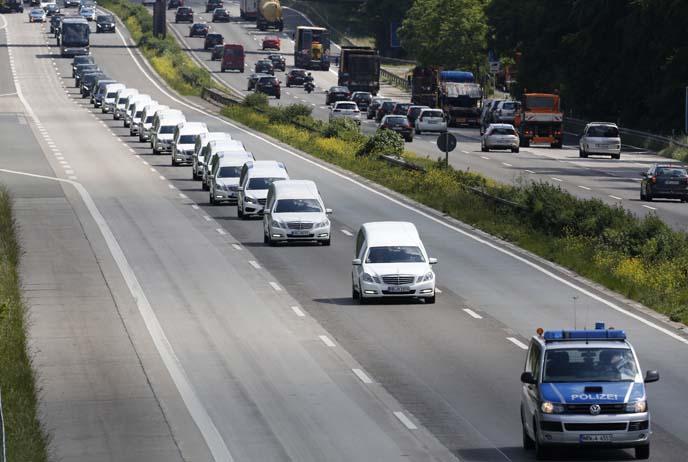 Hearses carrying coffins containing the remains of victims of the Germanwings Flight 4U9525 crash are escorted by police on their way to Haltern, Germany. Forty-four coffins from the crash on March 24 were flown from France to Germany. (Ina Fassbender/Reuters)

Members of the Edmonton Police Service follow the hearse carrying the coffin of slain police officer, Const. Daniel Woodall, during the regimental funeral procession in Edmonton. The 35-year-old hate-crimes officer was shot and killed while serving an arrest warrant at a home in the city’s west end. (Dan Riedlhuber/Reuters) 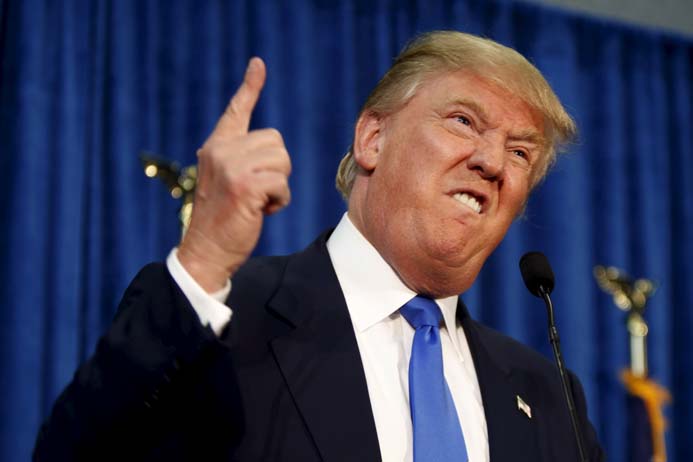 Presidential candidate Donald Trump gestures and declares, “You’re fired!” at a rally in Manchester, N.H. Trump is the 12th Republican candidate to join the 2016 race for the White House. (Dominick Reuter/Reuters)