Persuading some Canadians to receive a COVID vaccine will be tough. Rolling it out may be even more difficult. Officials have their work cut out for them. 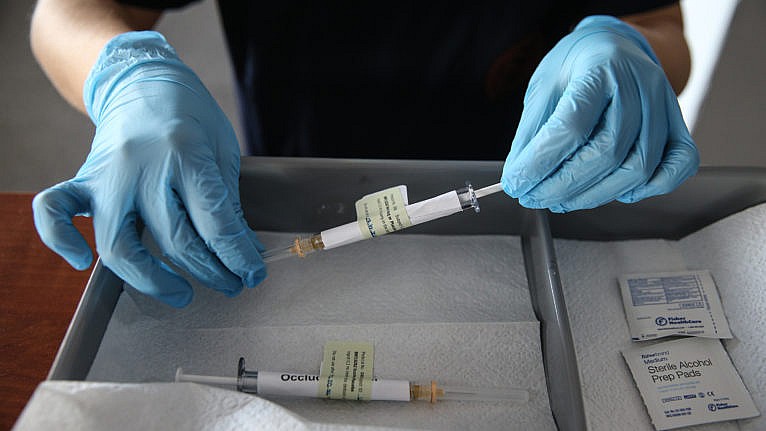 In 1979 and 1980, Canada saw its worst spike of measles in a decade. In Ontario, which had been hit particularly hard by the outbreak, the provincial government decided to take unprecedented action by drafting the Immunization of School Pupils Act, which would make it mandatory for students to be vaccinated in order to attend school. “We cannot contain the disease with existing immunization programs based only on advocacy, advertising and promotion,” Larry Grossman, the province’s health minister at the time, proclaimed.

The bill ascended in July 1982; by September, thousands of unvaccinated students unwittingly returned to class under threat of immediate suspension, their parents confused about next steps. An anti-vaccination group that still persists today popped up in response. Protesters penned angry letters to newspapers, decrying the bill as a step toward a police state.

Despite overwhelming evidence that vaccines are safe—and the fact that most Canadians voluntarily get them—mandatory vaccination would be political suicide for any Canadian leader. COVID-19 hasn’t changed that: only 39 per cent of Canadians believe a vaccine should be mandatory, according to an October study by Leger and the non-partisan Association for Canadian Studies.

READ: How anti-vaxxers could disrupt the cure for the COVID-19 pandemic

Yet herd immunity can’t be realistically achieved without a vaccine, and the success of those now on the horizon for COVID will depend upon a majority of Canadians receiving them. It’s one of the great, unavoidable dilemmas we’ll face in 2021: how do you vaccinate enough Canadians to save lives, when history and public attitudes are stacked against you?

The first hurdle will be actually securing enough doses. As of November, the federal government had allocated $1 billion for five separate deals with major drug manufacturers that will net 262 million doses of various vaccines. “It won’t be first-past-the-post,” says Scott Halperin, director of the Canadian Center for Vaccinology in Halifax. “It’ll be as many horses that can get across the finish line.” Each is created fundamentally differently, Halperin notes, so some might wind up being more effective for older or younger Canadians. Regulators will ensure that anything being injected into Canadian arms will be safe, but because these clinical trials are fast-tracked—this is a 10-year development process squeezed into less than two—efficacy will remain an open question long after the rollout begins.

Third-phase trials were highly promising, with Pfizer and Moderna announcing efficacy rates above 90 per cent. But these trials exclude those who need the vaccine most: seniors and the immunocompromised. And because of the hastened nature of the trials, it’s still not clear whether the vaccine’s effect will last for years or simply months.

Back in June, a team at McGill University surveyed 28 vaccine experts, more than half of whom predicted this global mad dash will cause setbacks. About a third believed the first vaccine will be slapped with a boxed label warning of “serious or life-threatening adverse reactions.” The experts also gave their best guesses for when a vaccine would be widely available. The aggregate answer: September/October 2021. “Those numbers are a bit more pessimistic than the numbers in the media,” says Jonathan Kimmelman, the survey’s senior author.

Canada’s National Advisory Committee on Immunization recommended prioritizing seniors and front-line workers when a vaccine becomes available, but stopped short of specifics since nobody knew which vaccine would debut first. The likely answer emerged only on Monday, when Prime Minister Trudeau told reporters that the government reached an agreement to receive 249,000 doses of Pfizer’s vaccine this month, with the first shipments due to arrive next week.

READ:  Once vaccines are in Canada, they could be deployed within days

Federal and provincial governments will have to then secure infrastructure, which, as of writing, has yet to be determined.  Officials ran their first dry run for deliveries on Monday. But efforts abroad have offered hints of what the rollout could look like: according to the Economist, Britain’s National Health Service will transform stadiums and town halls into massive vaccination centres. Roving teams will go door to door to immunize immobile residents, while pop-up sites will fill in the gaps. The U.K. government may pass legislation that allows non-medical professionals, such as veterinarians and soldiers, to administer vaccinations.

Halperin predicts Canadian pharmacists, combined with front-line medical staff, will be able to handle most of the country’s spread-out population. Our biggest hurdle may instead be record-keeping, since Canada lacks a single electronic health registry. Ottawa will have to wrangle provinces into creating a master vaccination list so it can understand the national snapshot.

Suppose, then, that all levels of government work well together, and the technical issues get resolved, and enough pharmacists and nurses can prevent lengthy lineups or week-long wait times: how will the vaccine even get into front-line workers’ hands? Again, it depends on the vaccine. Some are designed from spike-protein technology, others from virus-like particles. The candidate from Pfizer is an mRNA vaccine that will need to be kept in -70° C conditions and could require dry ice for transport. “To actually train providers to use dry ice—to get them dry ice—you’re really going down a path that’s not feasible,” Claire Hannan, executive director of the Association of Immunization Managers, told Stat, an American health publication.

The supply chain problems don’t stop there. Where will the vaccines be stored? How will governments prevent theft? Will the feds conscript airlines to fly shipments across the country? Once bureaucrats figure out these answers for one vaccine, they’ll have to start over for the next—different storage requirements, different timelines, different people who may need it.

Of course, none of this will matter if Canadian institutions can’t convince the public to take the thing in the first place. Angus Reid has been tracking Canadians’ desire to get vaccinated—in July, 46 per cent of survey respondents said they’d get it ASAP, but by September that number had slipped to 39 per cent, putting early adopters at roughly the same percentage as those who say they’d rather wait.

The waiters are not anti-vaccination, but rather vaccine-hesitant, which is more common and rational. Expect a months-long campaign that “will include advertising, outreach and community engagement to ensure that all Canadians will have credible information to inform their choice to receive the vaccine when available,” Natalie Mohamed, a spokesperson for Health Canada, tells Maclean’s in an email; there will be videos and web content as well, to explain Canada’s vaccine testing and review processes.

That last part may relieve those fearing long-term effects. Halperin notes that most COVID vaccine candidates are actually modelled after pre-existing technologies: virus-like particles, for example, have been used for over a decade to stave off HPV. Scientists know the risks and reactions, even if the specific compositions are different.

As the media reports on new vaccines coming out months after the first ones, anti-vax activists will surely try to capitalize on the confusion. Protests are likely to spring up, just as they did in 1982, but that doesn’t mean the effort won’t succeed. Back then, not every Ontario student got vaccinated in the span of a few months. Smaller measles outbreaks struck Canada in 1986 and 1989; yet by the ’90s, the curve was dead flat. “We shouldn’t be thinking of this as a light switch,” says Kimmelman, the McGill researcher. A lot is uncertain about the COVID vaccine rollout, but we know one thing: it will take longer than some imagine, and much longer than many of us wish.

CORRECTION, Dec. 14, 2020: The original version of this story stated that both Pfizer and Moderna’s vaccines must be kept at -70 C. In fact, Moderna’s requires a long-term storage temperature of -20 C, and remains stable up to 30 days at normal refrigerator temperature.

This article appears in print in the January 2021 issue of Maclean’s magazine with the headline, “Getting the point across.” Subscribe to the monthly print magazine here.