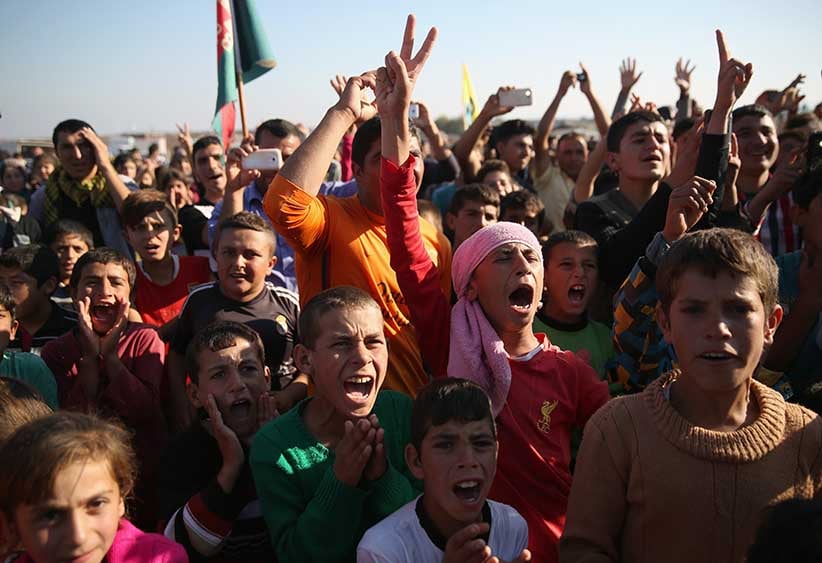 At a time when people are losing faith in democratic institutions, the ability of opposition and government to come together to do what was right for Yazidis is proof the system can work, she said.

“It was the right thing to do, and it wasn’t the government’s agenda, but Canadians spoke, the opposition spoke, there was a moral authority issue here as well,” Ambrose said.

“And democracy worked in this instance.”

Ambrose made the comments in an interview with The Canadian Press on the sidelines of a conservative conference in Ottawa this weekend grappling with the question of populism and politics.

A key theme has been ensuring governments aren’t just promoting their own agendas, but also listening directly to the people.

Ambrose said the fact that the Opposition were able to put forward a motion to bring 400 Yazidis to Canada and convince the Liberals to come on side was proof government does listen.

She called the failure of Canada to do more for the minority Kurdish sect in the past an oversight, but acknowledged refugee issues were not as much on her radar when the Conservatives were in government.

The Conservative government chose to join the international bombing campaign against Islamic State militants in Iraq in part because of the Yazidis. In 2014, thousands of them were under siege on a mountain in northern Iraq being told to convert or they would be killed, a situation that put a very human face on the horrors of the Islamic State regime.

Yet, as part of their program to resettle victims of that regime, and the Syrian civil war, the Tories never directly focused on Yazidis even as they were prioritizing minority religious groups from the region. Only a handful were resettled in Canada under that government.

The fact that Yazidi women were being used as sex slaves, and a UN declaration in 2016 that they were facing genocide, was what drew Ambrose’s attention.

Together with Immigration critic Michelle Rempel and Foreign Affairs critic Peter Kent, she began a sustained campaign to get the government to take action.

The effort culminated in a motion calling on the government to agree to a large-scale refugee resettlement program. The motion passed unanimously last fall and the plan for bringing 1,200 people to Canada in the coming months was unveiled last week.

Stressing the sexual violence facing women was what made it an issue of morality the government could not ignore, Ambrose said.

But the violence they’ve suffered is among the factors that make Yazidis an exceptionally difficult population to resettle outside of the region, said Jean-Nicolas Beuze, the United Nation refugee agency’s representative in Ottawa.

The challenge begins with finding people willing to admit publicly to the torture — acts that could bring shame upon their entire families if disclosed.

“There’s a pervasive pattern of so-called honour killings, so for a number of victims they will not be able to come out because they are at risk of being killed for having revealed the fact that they were sexually attacked or other forms of torture,” Beuze said in a recent interview with The Canadian Press.

Strong and complex family links also make people reluctant to move so far away from home, and while resettlement to relatively nearby countries like Germany is an option, Canada is daunting, he pointed out.

“We need to take into consideration the psychological mind of the person,” he said, making sure that people are even in strong enough mental health to handle being uprooted and brought to an entirely new and foreign life.

Beuze said he supports the Canadian government’s plan, but said people need to be aware that only a tiny fraction of Yazidis will get resettled.

“What is also important that we continue to provide support on the ground,” he said.