51 hurricane seasons in one chart

The 2017 hurricane season has not yet peaked, meaning the number of storms will likely rise much higher

Hurricane Irma has been called the strongest storm ever to hit the Atlantic. At its peak, the wind speed of the hurricane hit nearly 300 kilometres an hour. It’s already left behind a trail of damage in the Caribbean and Bahamas and is bound to do the same in parts of Florida over the weekend.

Irma comes off the heels of another record-breaking storm, Hurricane Harvey, which set record rainfall levels in parts of Texas and left large areas of Houston underwater last week.

The National Oceanic and Atmospheric Administration predicted this year’s hurricane season would be more active than average (based on data from 1981-2010). It’s hard, however, to put the number of storms per year in context. Not all hurricanes or storms hit land, and the ones that do cause varying levels of damage.

The Saffir-Simpson scale uses a hurricane’s wind speed to measure its intensity and as well as its potential damage.  Hurricane Harvey at its peak was a category three storm. Irma was a category five hurricane when it hit the island of Barbuda.  The 2017 hurricane season has not yet peaked, meaning the number of storms will likely rise much higher.

With that in mind, here’s a look at the past half a century of hurricane seasons: 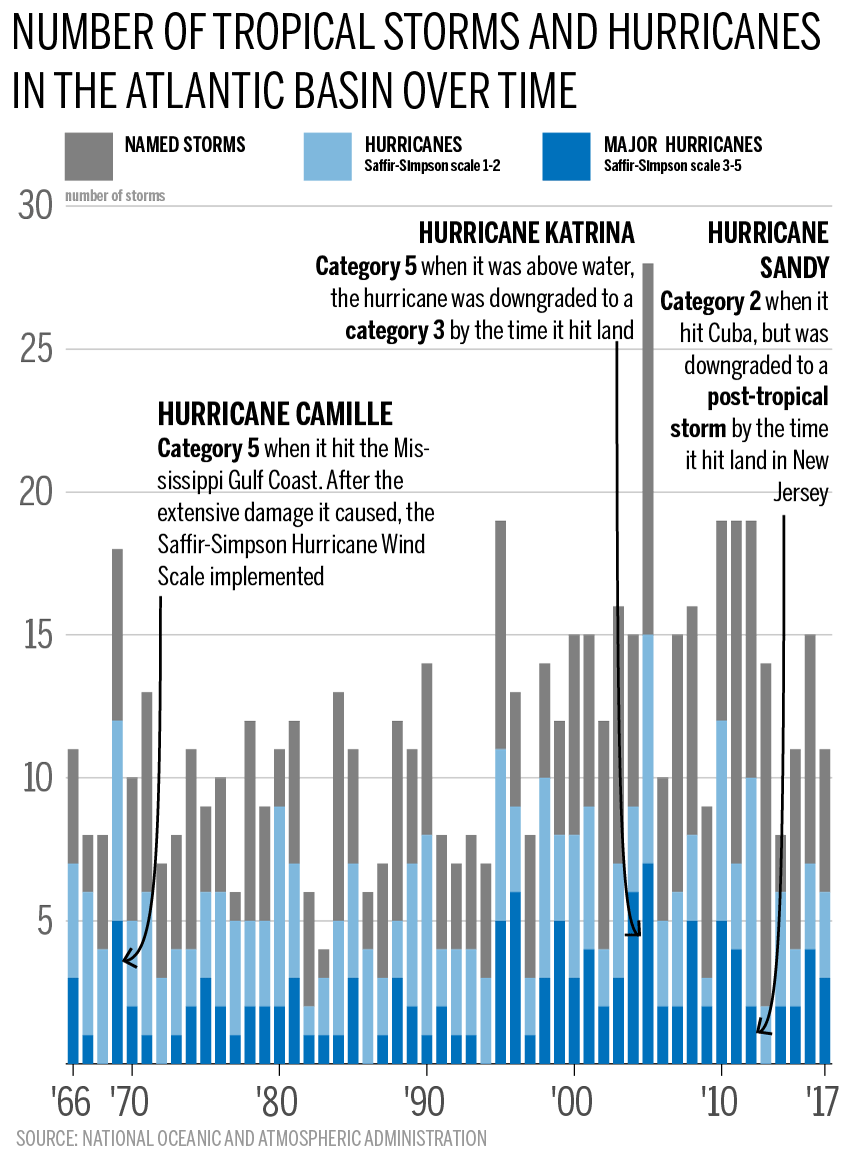