57 Canadians killed in an airliner crash in Iran: Live updates

The Boeing 737 went down shortly after takeoff in Tehran, killing all 176 people aboard. Here is what's known so far. 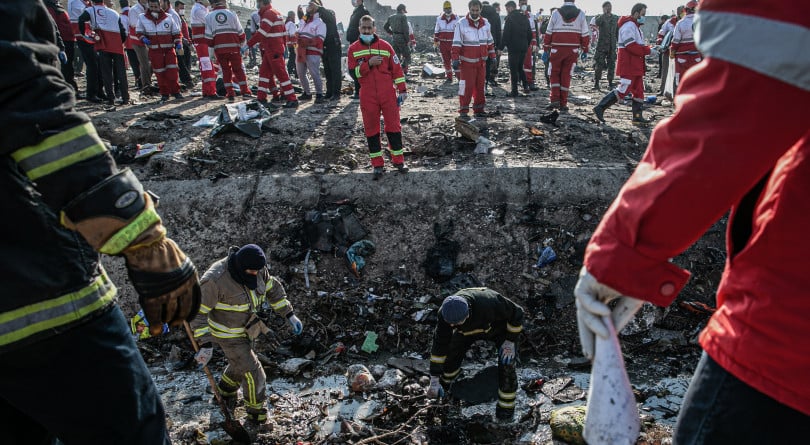 What happened to Flight PS752?

On Jan. 9, U.S. sources began reporting that U.S. officials were “confident” that Iran had shot down the airliner. Trudeau later that day held a press conference telling reporters that multiple sources had confirmed that the plane had likely been shot down by an Iranian surface-to-air missile strike.

The Iranian civil aviation authority confirmed on Wednesday that it had opened an investigation into the disaster. The Iranians have since invited the U.S.-based National Transportation Safety Board, as well as Ukrainian officials—and, in a limited capacity, Canadians—to join the investigation. Trudeau also confirmed on Thursday that Canadian consular officials are being granted access to Iran. Canada and Iran have not had normal diplomatic relations since 2012.

Who are the Canadian victims?

The majority of the 57 Canadian victims appear to be from Edmonton.

This morning, I join Canadians across the country who are shocked and saddened to see reports that a plane crash outside of Tehran, Iran, has claimed the lives of 176 people, including 63* Canadians.

On behalf of the Government of Canada, Sophie and I offer our deepest condolences to those who have lost family, friends, and loved ones in this tragedy. Our government will continue to work closely with its international partners to ensure that this crash is thoroughly investigated, and that Canadians’ questions are answered. ​​​​​​​Today, I assure all Canadians that their safety and security is our top priority. We also join with the other countries who are mourning the loss of citizens.

[Foreign] Minister [Francois-Philippe] Champagne has been in touch with the government of Ukraine, and is speaking to relevant authorities and to international partners. [Transport] Minister [Marc] Garneau is also working with officials from Transport Canada, and is reaching out to his international counterparts.

Champagne tweeted the morning after the crash that “our hearts are with the loved ones of the victims.”

Tragic news regarding Ukraine International Airlines Flight 752. Our hearts are with the loved ones of the victims, including many Canadians. I have been in touch with the government of Ukraine. We will continue to keep Canadians informed as the situation evolves. #PS752

And Garneau also confirmed the feds would offer “technical assistance” to any investigations.

My thoughts are with all those affected by the heartbreaking tragedy involving Ukraine International Airlines flight PS752 carrying many Canadians.

We are in touch with our international counterparts and Canada is offering technical assistance to the upcoming investigation.

With news that around 30 Canadian victims of the crash are from Edmonton, Alberta Premier Jason Kenney tweeted:

I am deeply saddened by the devastating news that 63 Canadians, including a large number of Albertans, were amongst 176 passengers aboard UIA 752 when it crashed earlier today near Tehran.

On behalf of the Govt of Alberta, I extend deepest sympathies to loved ones of passengers. https://t.co/bSeSBkZyTi

Edmonton Mayor Don Iveson also released a statement in response to the crash:

Heartbroken to hear the news of the fatal plane crash. On behalf of Edmontonians & your #yegcc, I would like to offer the families & friends who have lost a loved one in this tragedy our deepest condolences. We are in mourning today — our community has suffered a terrible loss. pic.twitter.com/iRIfXTTdSU

What have Iranian and Turkish officials said?

Turkey’s ministry of foreign affairs released this statement in the wake of the crash:

We are deeply saddened to hear that this morning a Ukrainian Airlines passenger plane flying from Tehran to Kyiv crashed shortly after take-off from the Tehran International Airport causing tragic loss of lives of all passengers and crew on board.

We express our sincere condolences to the families and loved-ones of those who lost their lives, as well as to the Governments and friendly peoples of Ukraine and Iran.

Iran’s ministry of foreign affairs released this statement on communication between Iranian and Ukrainian officials:

Iran’s Foreign Minister Mohammad Javad Zarif has held a phone conversation with his Ukrainian counterpart Vadym Prystaiko on the regrettable crash of a Ukrainian passenger plane in Tehran, which killed many Iranian and foreign nationals, including those of Ukraine.

In the Wednesday phone conversation, the two ministers expressed deep regret over the heart-breaking accident, and exchanged condolences over the deaths of Iranian and Ukrainian nationals.

The reasons for the crash are still under investigation.

What do we know about the airplane?

Flight PS752 offered service between Tehran and Kyiv on a nearly daily basis. The aircraft involved in the crash, which had a registered tail number of UR-PSR, was a 3.5-year-old Boeing 737-800 that first flew on June 21, 2016. 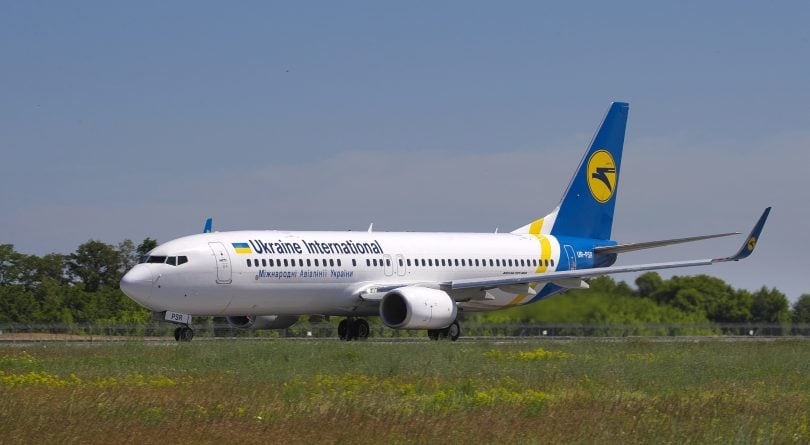 In this photo taken on May 26, 2018, the airplane that crashed on Jan. 8, 2020—the Ukrainian International Airlines Boeing 737-800 with a tail number UR-PSR—is shown on the outskirts of Tehran, Iran (Oleg Belyakov/AP)

What do we know about the airline crew?

Ukraine International Airlines has released information about the pilots and crew aboard Flight PS752, all of whom have died. There was Captain Volodymyr Gaponenko, who has clocked 11,600 hours on Boeing 737 aircraft and 5,500 hours as captain, instructor pilot Oleksiy Naumkin and first officer Serhii Khomenko.

Ihor Sosnovsky, UIA’s VP of operations has said: “According to our records, the aircraft ascended as high as 2,400 meters. Given the crew’s experience, error probability is minimal. We do not even consider such a chance.”

How does the Flight PS752 crash compare to other air disasters involving Canadians?

These are some of the most devastating air disasters involving Canadian aircraft, crew or passengers. (Our sources for this information are the Canadian Encyclopedia, news files and Aviation-Safety.net.)

Cause: Heavy landing, followed by crash on second attempt to land

Number of deaths: 79, mostly Canadian veterans returning from a visit to the U.K.

Cause: Loss of control in severe weather

Cause: Icing and engine loss

Number of deaths: 32, all Canadian

Cause: Crash landing, cause undetermined