A glimmer of hope in the Pakistan-India conflict

Adnan R. Khan: There are signs of a schism growing between the Pakistani army and the militants it created who set off the latest tensions 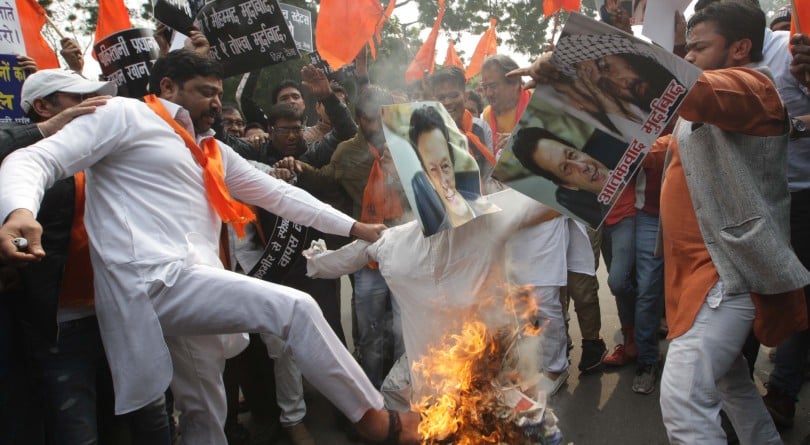 Two weeks ago, the Pakistani militant organization, Jaish-e-Mohammad (JeM) succeeded in carrying out its worst attack in Indian-occupied Kashmir. An SUV loaded with explosives crashed into a convoy of Indian security personnel, killing 40 police reservists in the Pulwama. The massive loss of life was one thing; the timing of the attack was another.

With Indian elections around the corner, Prime Minister Narendra Modi, vowed to “take revenge” for the attack. The Indian media went on a feeding frenzy, tearing away at Pakistan in a way that seemed extreme even in the context of the poisoned Pakistani-Indian relationship.

On Feb. 25, India responded. Indian fighter jets crossed into Pakistani airspace for the first time since the two countries officially went to war in 1971, bombing what Indian generals claimed were JeM training camps on the Pakistani side of the Line of Control, the de facto border dividing Kashmir. A day later, Pakistan announced that it had shot down two jets and taken one pilot into custody.

Under normal circumstances, such an escalation would be considered a dangerous prelude to war, and indeed the world has watched events unfold with growing trepidation. Tensions between nuclear-armed rivals is not something new but in the case of India and Pakistan, they are a perennial threat and a constant source of anxiety.

But there was also something unique about this particular attack and its fallout. The JeM has been a favourite of the Pakistani military establishment since it was founded in 2000. By most expert accounts, it was the brainchild of the Pakistani intelligence services, or ISI. Unlike other militant groups based in Pakistan, it has never turned on the Pakistani state, focusing its jihad on India, nor has it carried out attacks that have raised the ire of its overseers.

This time, things appear to be different. In the aftermath of the Pulwama attack, the response in Pakistan has been muted. Pakistani news networks, usually eager to capitalize on any tensions with India to stir up nationalist fervour, often at the behest of the military, have played it unusually cool. Imran Khan, the Pakistani prime minister, announced on Feb. 28 that the Indian pilot in custody would be released immediately as a goodwill gesture.

There are a few different ways to read Pakistan’s response. On Twitter, some have described it as a public relations coup: while Modi and the Indian media have fallen into hysterics, Pakistan’s calls for calm make it look like the adult in the room.

A more cynical view is that Pakistan is in no position to enter into a conflict with India. It is isolated internationally with an economy on the edge of collapse. As some have pointed out, even China, which has increasingly played the role of underwriter to Pakistan’s international legitimacy as the U.S. has shifted its support to India, was muted in its response to the Indian air force incursions into Pakistani airspace, calling on both sides to avoid escalation.

But as Afrasiab Khattak, a former Pakistani senator, pointed out to me in an email, there is one side to this story that is being overlooked.

“In the past, so called non-state actors [terrorist outfits] would launch an attack in Indian-held Kashmir, or even mainland India, after an initiative by the civilian government for normalizing relations with India, to subvert the initiative,” he wrote. “But the Pulwama terrorist attack was launched after an agreement on the Kartarpura Corridor that was proposed by Pak army chief, General Bajwa. By accepting the responsibility for the Pulwama attack, the JeM brazenly challenged the process midwifed by the Pakistan army chief.”

The Kartarpura Corridor is a proposed route from India to Pakistan that would allow Sikh pilgrims from both countries to visit respective Sikh shrines on both sides of the border without a visa. The Pakistani army chief has backed the project, even embracing the Navjot Singh Sidhu, the Indian chief minister for Punjab province, on Aug. 19 last year after reportedly telling him the corridor would be completed later this year to mark the 550th birth anniversary of the founder of the Sikh faith.

The gesture caused a maelstrom in India, with hardline members of Modi’s Hindu nationalist government calling for Sidhu to resign. According to Khattak, it also prompted the Pulwama attack.

Is this a sign of a schism between the Pakistani army and the militants it created? Khattak believes it is.

“It appears that the jihadists are neither happy about reconciliation efforts in Afghanistan nor are they willing to allow Pak-India rapprochement,” he wrote. “It’s unfortunate that due to deep distrust between the two nuclear-armed neighbors, terror networks can play their games.”

What Khattak is ultimately inferring is that this attack in Kashmir was neither sanctioned by the Pakistani military nor was it tacitly accepted after the fact. Indeed, it suggests that one of Pakistan’s most notorious militant groups, one that has consistently tried to undermine any improvements in Indo-Pak relations, may be breaking away from the military.

Ironically, it may be a sign that there is hope for peace in one of the world’s most dangerous conflicts.