24 hours of chaos: A timeline in photos

On Thursday afternoon, the FBI released photos of two suspects in the Boston bombing. Here's what happened next. 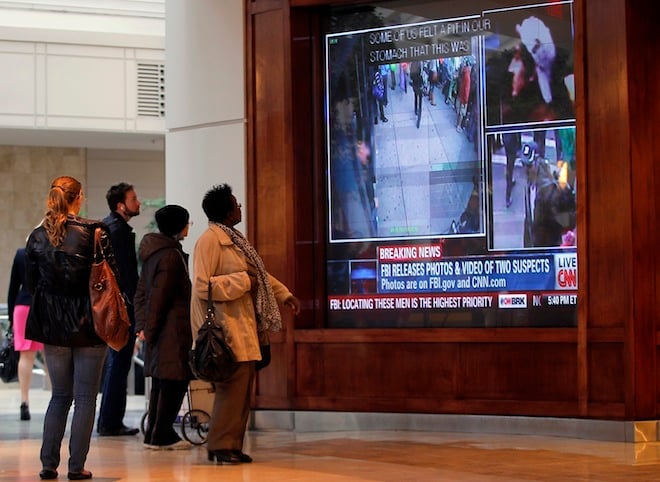 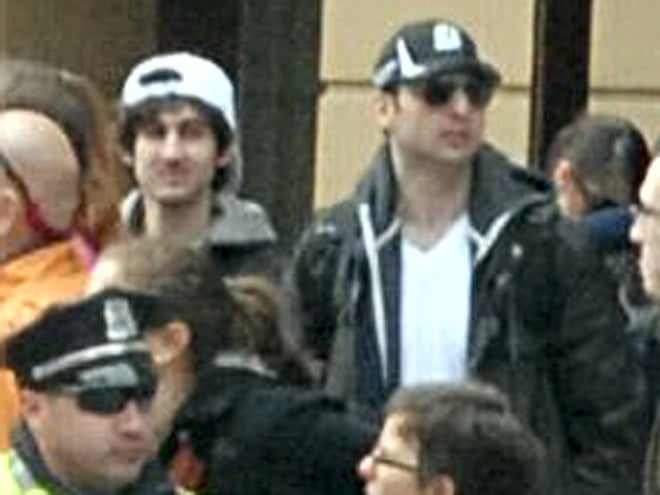 The FBI released handout photos of their suspects. (Reuters/FBI/ Handout) 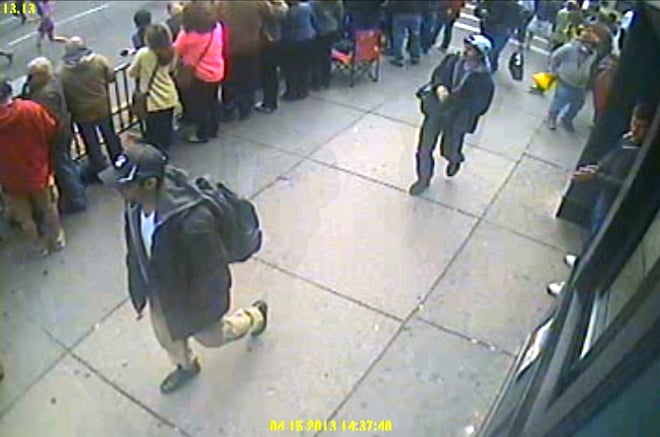 This frame grab from a video released by the FBI shows “suspect 1,” in the black cap, and “suspect 2,” in the white cap, in the crowd in Boston on Monday, Apr. 15, before the explosions at the Boston Marathon. (AP/FBI) 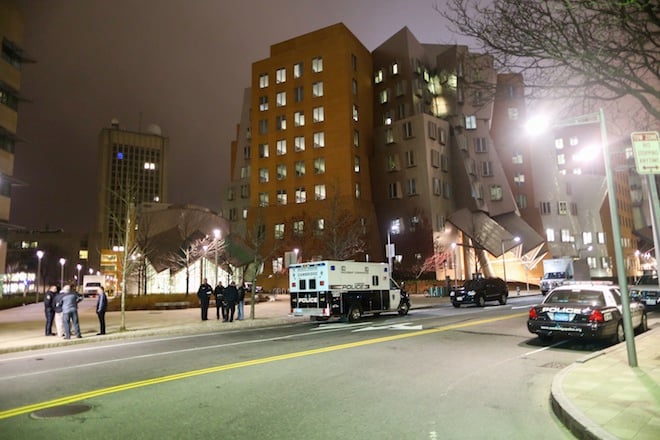 After 10:00 p.m. : There are reports of a convenience store robbery near the Massachusetts Institute of Technology campus (seen above) in Cambridge.

Sean Collier, a 26-year-old MIT university police officer, is found shot in his vehicle on campus and is later pronounced dead at Massachusetts General Hospital.

There are reports of an armed carjacking–with the passenger still inside–in Cambridge, with the suspects allegedly throwing explosives from an Mercedes SUV and exchanging gunfire with police. The passenger is later released by the suspects, unharmed, at a gas station on Memorial Drive in Cambridge. Police follow the SUV to Watertown. 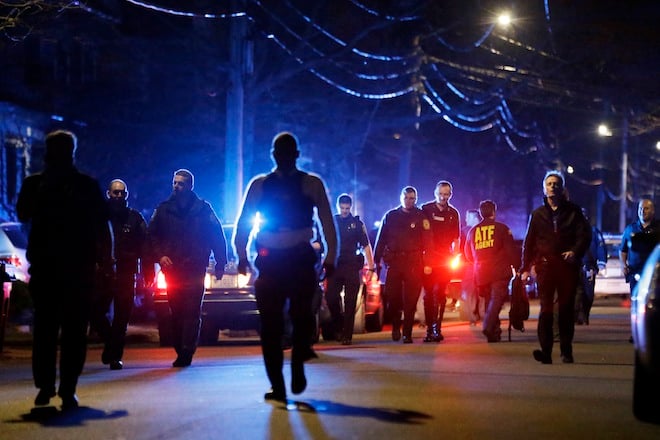 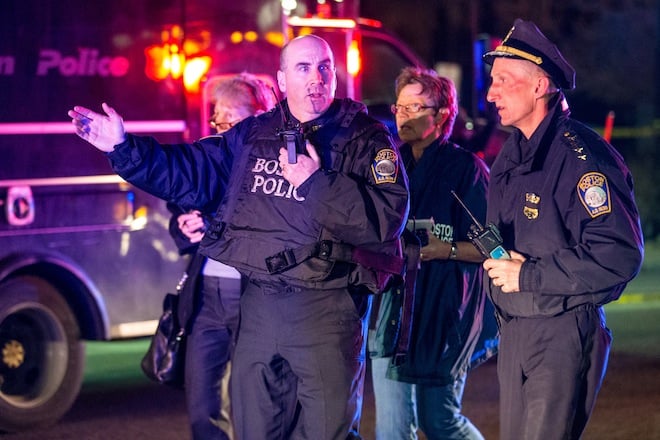 Mass transit in Boston is ordered shut down. Several Boston-area neighborhoods are locked down, and police tell residents to stay indoors. Classes at MIT, Harvard and other area schools are cancelled for the day. 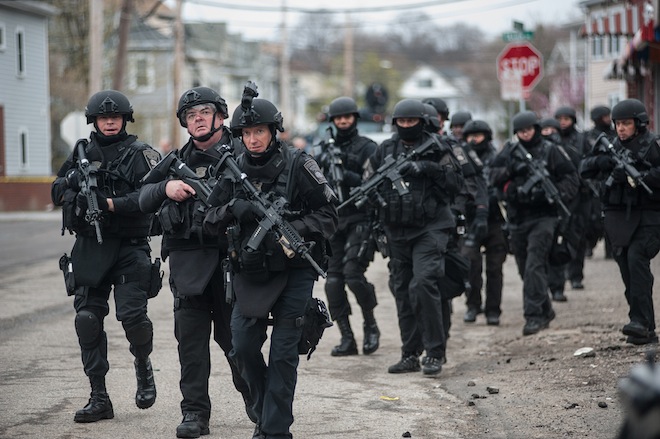 Approximately 7:00 a.m.: Law enforcement officials identify “the white hat” suspect as as Dzhokhar A. Tsarnaev, 19, of Cambridge, Mass. They say the suspect who died is his brother.

Police and FBI search the area of Nichols Street in Watertown for suspect Dzhokhar A. Tsarnaev. 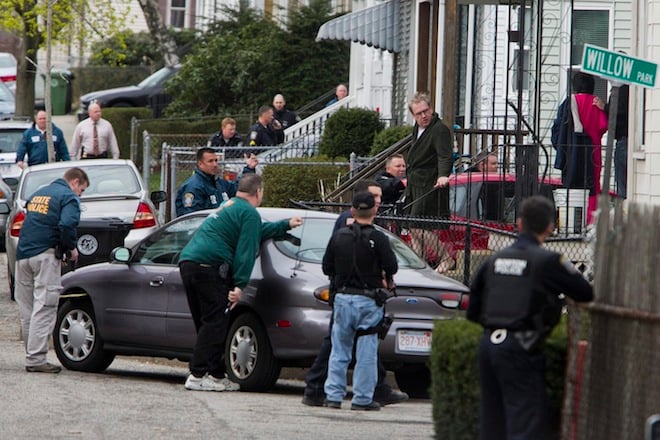 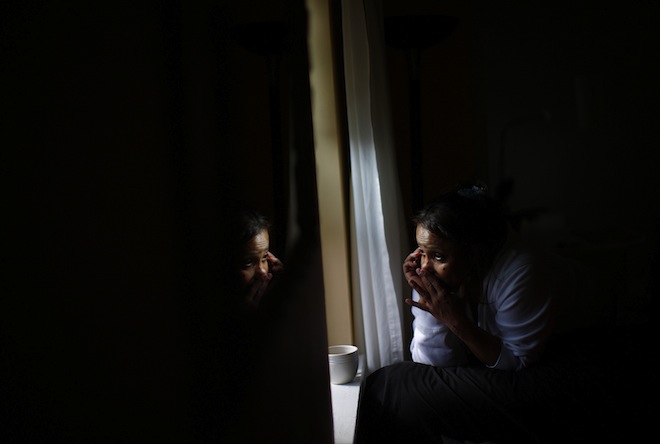 Approximately 8 a.m.:  The “shelter in place” advisory is extended to the entire city of Boston. 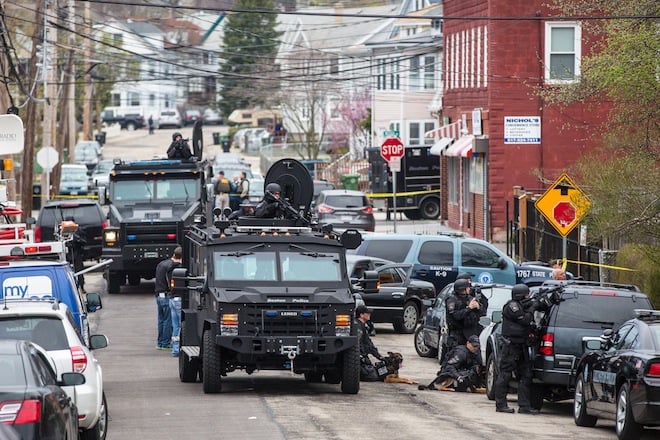 Approximately 8:45 a.m.:  SWAT teams move into position at the intersection of Nichols Avenue and Melendy Avenue in Watertown. Media crews report hearing police on loudspeakers urge someone inside to come out. Later, Police activity there dissipates.

Boston police ask the media via Twitter to not broadcast tactical positions of homes being searched.

Approximately 9:45 a.m.: A White House Situation Room briefing on the events unfolding in Boston and Watertown is held by President Obama, Vice President Joe Biden and the national security team. 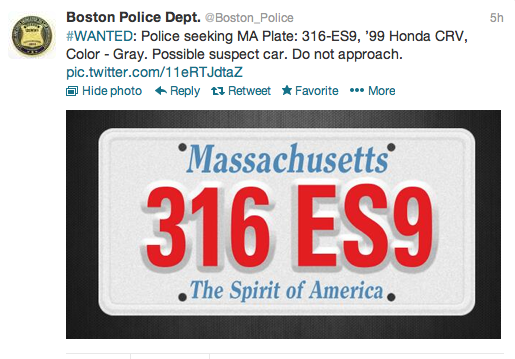 Anzor Tsarnaev, the suspect’s father, speaks with the Associated Press by telephone from the Russian city of Makhachkala. “My son is a true angel,” the elder Tsarnaev said. “Dzhokhar is a second-year medical student in the U.S. He is such an intelligent boy. We expected him to come on holidays here.”

Approximately 12:30 p.m.: Ruslan Tsarni, the uncle of the man at the centre of a massive manhunt, is interviewed on television and asks Tsarnaev to turn himself into authorities.

Approximately 12:45 p.m.: Police Chief Ed Deveau thanks Watertown residents for their patience and cooperation during the manhunt that saw uniformed police officers going door to door in Watertown while looking for the suspect.

MA Governor Deval L.Patrick asks residents to remain indoors as the search for the suspect continues.

Approximately 1:30 p.m. Boston police tweet to expect a controlled explosion later in the day on Norfolk Street in Cambridge.

Approximately 7:00 p.m.: Multiple media outlets report the sound of gunshots in Watertown, with an sudden increase in the police presence soon after.

Approximately 8:45 p.m.: Suspect Dzhokhar Tsarnaev is found hiding in a boat just outside the area where police had been conducting their search. “Over the course of the next hour or so we exchanged gunfire with the suspect, who was inside the boat, and ultimately the hostage rescue team of the FBI made an entry into the boat and removed the suspect, who was still alive,” the Boston police commissioner, Edward Davis said at a news conference on Friday night. The suspect was in serious condition and taken into police custody.

Bostonians celebrate in the streets upon hearing that the manhunt is over, nearly 26 hours after the FBI released photos of the Tsarnaev brothers.

Here is how the arrest played in newspapers around the world: