President Ashraf Ghani is out to radically overhaul the badly divided country. Is it ready for him? 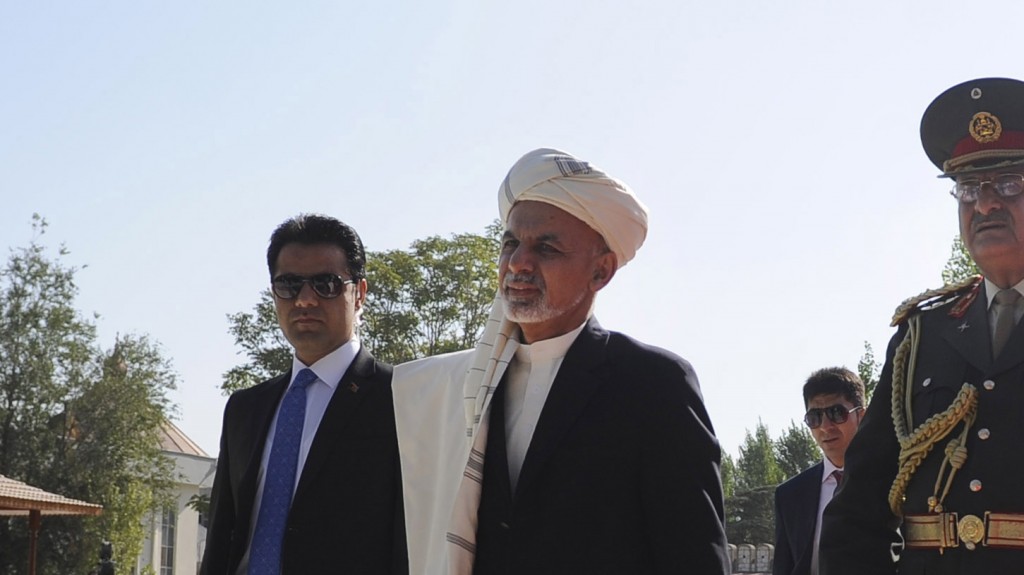 Last October rumours were running through Afghanistan’s presidential palace. A new president had taken office and dozens of staff who had catered to the eclectic whims of his predecessor, Hamid Karzai, wondered when the new boss would make his mark. For a time, no one had been sure who the boss was, but now, after weeks of chaos and brinkmanship, the results had finally been decided: Ashraf Ghani Ahmadzai would be the new president while his opponent, Abdullah Abdullah, would be named chief executive officer—a compromise that defused a potentially catastrophic schism threatening to push Afghanistan into chaos.

The incoming and outgoing presidents were as different as night and day. Karzai was an activist who had made it to the top through a combination of dedicated service to Afghanistan during the fight against Soviet occupation in the 1980s, and his reputation as a relatively harmless alternative to the warlords who dominated politics after the collapse of the Taliban in 2001. Ghani, by comparison, had not stepped foot in his homeland for over two decades before returning in December 2001. Karzai, a leading figure in the politically connected Popalzai tribe from Kandahar, knew his way around Afghan politics; Ghani, who came from the World Bank, only knew his way around modern institutions.

When the hammer finally fell at the palace, it was Ghani’s obsession with bureaucratic efficiency and reform that mattered most. Employees from the chief of staff’s office and the office of administrative affairs were called into a meeting. Names were read out from a list; those who did not hear their name were told they could consider the meeting a farewell party. “Most of us were expecting it,” says a former Karzai staffer who was one of those let go, requesting anonymity. But the way it all played out was highly unorthodox, adds the staffer. It was lacking in the kind of official pomp that had not only been a feature of the Karzai era but an Afghan tradition stretching back centuries. As the British historian William Dalrymple noted, in Afghanistan, leadership is equated with ceremony and the king who does not pay homage to tradition risks alienating his people.

But pomposity was just the first domino to fall in Ghani’s new Afghanistan. Next came patronage—within days of taking office the new president ordered every ministry to put together lists of recent hires, along with their resumés. He then announced that all government ministers, appointed by Karzai, would be fired and replaced by their deputies in an acting role, and eventually replaced based on a merit-based system. A few weeks later, Kabul’s police chief was forced to resign after a series of Taliban attacks shook the capital. It was, in a kinship-based society like Afghanistan, nothing short of revolutionary. Ghani came to power promising a “fundamental change in the logic and philosophy of governance.” He has wasted no time.

Ghani has made it clear he has no patience for the intrigue that has defined Afghan politics for centuries. Nearly three months into his new job, he continues to push the limits of what it means to be an Afghan leader, demolishing sacred cows in his bid to remake virtually every institution in Afghanistan, from the judiciary to the security services to the civilian bureaucracy and, most worryingly, the political opposition. “I’m after transformation; I’m not after accommodating entrenched interests,” Ghani told the BBC last month. In the process, he is creating some very dangerous enemies. With the Taliban resurgent and the state still highly fragile, observers say his ambitious efforts and uncompromising ways could easily lead to ruin for him and for the country.

“Hamid Karzai was good at balancing power centres,” says an American official who has worked closely with Ghani in the past, and spoke on the condition of anonymity for fear of hurting his professional relationship with the new president. “He had a huge network but no one was afraid of him so he couldn’t get anything done. Ghani is sending the message that there is a new sheriff in town.”

There is little doubt that Afghanistan needs to change to prosper. “You need to shake things up a bit, to send a message,” says the American official. But Afghanistan comes with a warning: Do not shake vigorously. Past leaders have learned this lesson the hard way: King Amanullah Khan, for instance, whose attempts in the 1920s to redefine Afghan society by reforming basic laws, including mandating girls’ education and banning the full face veil, did not go down well among Afghanistan’s conservative villagers and led to a violent revolt. Khan barely escaped to India with his life and spent the remainder of his days in exile in Switzerland. 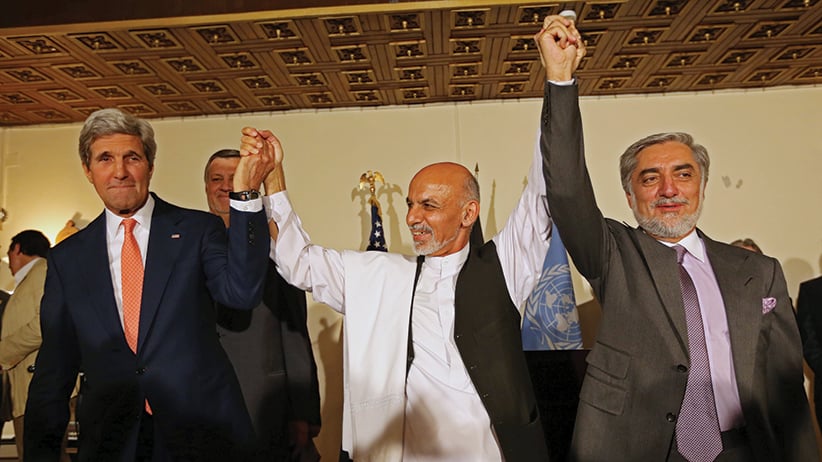 There is reason to be more optimistic today. Power centres have shifted and, according to some, the time is ripe for an overhaul of the governing system. “The demographic landscape has changed,” says Parwiz Kawa, editor-in-chief of Hasht e Subh newspaper in Kabul. “There is now a 50-50 split between rural and urban. We have more educated people, more urbanized people. Any kind of resistance to change from the villages will meet a stronger resistance in the cities now.”

Still, Afghanistan’s fractured society requires a consensus builder, says Mohammad Anwar Jegdalek, the former governor of Kunduz province, and Ghani may not be the man for the job. “He really wants to bring reform and innovation,” writes Jegdalek in an email. “But he faces some powerful interests in the power mafias, narcotics godfathers and land usurpers who control Afghanistan.” The danger, Jegdalek adds, is that Ghani may move too quickly, upsetting the power structures that have paradoxically held Afghanistan together while perpetually threatening to tear it apart.

There is already no shortage of questions: how will Ghani keep his opponents, particularly those who back Abdullah, engaged in a constructive way? Is he willing to share power? While Karzai was shrewd in his management of Afghanistan’s fragile power balances, Ghani is uncompromising. He appears eager to solve the most daunting problems his nation faces yet appears unconcerned about the enemies he is creating.

Forming a government has proven especially difficult in the wake of the controversial runoff election and compromise that resulted in the creation of a de facto prime ministerial position for Abdullah. Rather than smooth things over between the rivals, it has essentially split the government into two camps. “So far, Abdullah has not been consulted on various new appointments,” says Kawa. “His supporters now feel they are being sidelined.”

Afghanistan still lacks a cabinet and it is still uncertain how much power will be given to Abdullah and even what the new system will look like. One thing, however, is clear: Ghani will need to concede some presidential powers, including control of the day-to-day functions of the government, to Abdullah. But is he willing to do that? “Ghani prefers to be the one in control,” says the Western official who has worked with Ghani. “He has strong inclinations toward a highly centralized government. But for the deal brokered with Abdullah to work, decentralization will be the key.” 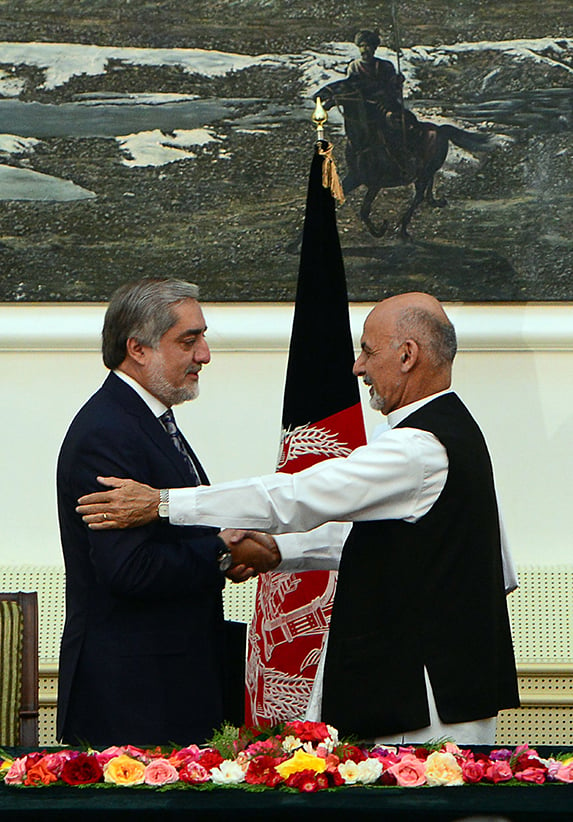 The rivalry within the government could not come at worse time: 2014 will go down as the bloodiest year in Afghanistan since the Taliban were ousted from power. As of mid-December, casualty figures among the fledgling Afghan security forces have edged into record territory. The attrition rate among soldiers in the national army stands at an alarming one-third, making the task of taking over security responsibilities from a dwindling international contingent daunting. The Taliban are taking advantage of the security vacuum, increasing their influence in all of Afghanistan’s 34 provinces and pushing deeper into towns and cities. Kabul has suffered one of its worst spates of violence in recent memory after a series of bombings and shootings have killed dozens and injured hundreds more.

Afghanistan’s finances are also looking bleak. This month, the treasury department asked foreign donors for a bailout to cover the salaries of state employees, including teachers, doctors and civil servants. The likelihood of that request being met is slim now that most foreign troops have left and international donors are under less pressure to keep the money flowing. A similar request in September for $537 million, for instance, only produced $170 million in funding.

Faced with so much bad news, Ghani appears to be taking a novel tack, presenting himself publicly as a leader for all while he goes about his house-cleaning behind the scenes. In November, he dropped the Ahmadzai from his name in an attempt to present himself as a leader who stands above tribal affiliations. (Ahmadzai is one of Afghanistan’s oldest tribes.) Ashraf Ghani Ahmadzai suddenly became Mohammad Ashraf Ghani. “He is trying to be all things,” says Kawa. “There are two primary segments in Afghan society: the ones that want a leader like Ghani, who is educated and knowledgeable about the West, and the ones who want someone traditional, someone who knows and understands Afghanistan.”

As part of his effort to be a man of the people, Ghani has visited Afghans injured in Taliban attacks, intervened personally in a rape case on behalf of the victim, and spent time with Afghan troops—unlike Karzai who was criticized for his aloofness. Meanwhile, he has authorized a review of Afghanistan’s military strategy against the Taliban, including a possible resumption this year of the controversial night raids that were banned by his predecessor. Karzai despised the raids, carried out by foreign troops in villages where suspected Taliban leaders were hiding out. (For Afghans, the raids were a gross violation of Afghan tradition, allowing male outsiders to enter private homes unannounced.) Ghani has also tweeted that the Afghan army is “ready and willing to assume their patriotic duty to defend AFG” but he has quietly approved a frontline role for U.S. forces in the fight against the Taliban, even after the official drawdown of troops last year.

These sorts of inconsistencies may well unravel the government, experts warn, as could Ghani’s reputation for hotheadedness and lack of compromise. But at least for the time being, his strategy appears to be working. According to a recent nationwide poll, Ghani enjoys an 84 per cent approval rating across Afghanistan and more significantly, 76 per cent in the country’s south, a predominantly Pashtun region where Taliban support is strongest. “He has made these series of symbolic acts like visiting hospitals and so forth that have not been seen before,” says Kawa. “This is something different. People are starting to believe that this leader really cares about them.”

At the same time, Kawa and others warn that Ghani’s personal style may be the cause of his downfall. The elites do not trust him, Kawa says. “What we haven’t heard about so far,” adds the Western official, “are the internal dynamics of the new government. The power centres in Kabul have not had their power tested in a while. Ghani is testing them.”

If he pushes too far, he could lose Abdullah and his supporters, which include some of Afghanistan’s most powerful figures. Ultimately, it may prove that being everyman’s president and a reformer could be too much to ask in a severely fractured country like Afghanistan. Ghani may be the right man for the job but at the wrong time in history.