Another deadly day in America

Only this time, Americans can actually witness a consequence of the 2nd Amendment. Will it make a difference? 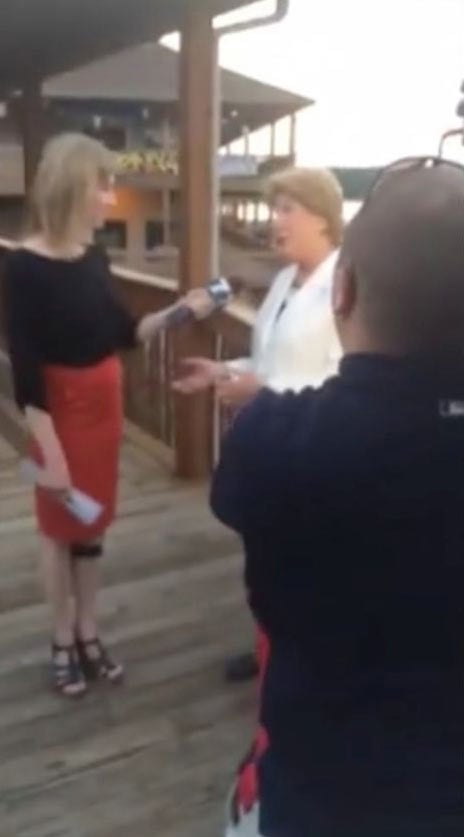 We’re all talking about another American murder. In some ways, it’s indistinguishable from thousands of others. An angry man. An easily obtained gun. Innocent, seemingly random victims. Breaking news. A manhunt. A suicide. Politicians calling for “action.” Others reminding us not to politicize the terrible deaths. It’s a one-act tragedy we’ve all seen. Playing now in Virginia. Yesterday in Texas. The day before that, it was California. It’s an old and repetitive story, and it’s easy to ignore.

But today, we are all talking about this American murder. This time, the performance was different. It was broadcast live. There was a Facebook post. The victim was white and young and pretty. She was ambitious and funny. Everyone loved her. (Oh, and he was nice, too—everyone’s friend.)

But tomorrow, we will not be talking about this American murder. Tomorrow, it will be a politician’s gaffe, an actress’s shame, or a dead lion. Our murders need to be fresh.

James Holmes shot 82 people. We talked about that one too, for a few days. It took place in a movie theatre. Batman was showing. But we moved on. Yesterday, as all the cameras were turned to Virginia, Holmes was being sentenced to some 3,000 years in prison. We didn’t talk much about that. We’d moved on. We had to. There have been 247 mass shootings in the U.S. this year. That’s more than one a day. We can’t talk about all of them. Unless it’s different. Live, for example.

We have grown accustomed to the American murder, desensitized, bored even. Of course, we’re not monsters. If a class of kindergarten children is massacred, we will pay attention. We will be horrified. We will mourn the victims. We will curse the National Rifle Association, the gun makers, the killer, his mother. But we have bills to pay. And the kids need new shoes. And there’s a season finale tonight. And you simply can’t get angry at every gun death you read about or hear about on TV.

We literally can’t. Our brains are incapable of that sort of extended mass empathy. Evolution has programmed us to fear threats we can see. If you see a woman being shot, her face shocked and in terror, our brains physically react. Our adrenalin gland releases hormones. We want to fight or flee. We are scared. We get angry. We demand action.

There were 32,000 gun deaths in the U.S. last year; that’s more than there were car deaths. We read about a tiny percentage. And unless you’re a cop, or a mortician, odds are good you didn’t see any of them, unless perhaps you looked at the front cover of the New York Daily News today. There was one of those murders, one of those people as they died.

The editors of that paper were attacked for being shameless cretins, using an obscene death to sell a few more papers. They probably are. Nonetheless, there it was. At least one death will be seen. Americans can look and put one face of pain to the statistics, can witness at least one consequence of the Second Amendment.

In 1937, two young black men, Roosevelt Townes and Robert McDaniels, were lynched by a mob in Duck Hill, Miss. Unlike countless earlier lynchings, everyone talked about this one, because someone took a photo of McDaniels, chained to a tree, his arms stretched back behind him, burnt by a blowtorch. It was a horrific, obscene photo. The picture ran in Time magazine and in newspapers around the world. People got angry. They demanded action. And, as a result, the House passed America’s first anti-lynching legislation.

But it didn’t pass the Senate.

On an average day in America, 87 people will be killed by guns. That’s 29 dead by breakfast, 47 by lunch. It’s three o’clock as I write this. That’s 55 killed so far today. But these deaths go unseen and unnoticed. Maybe if they didn’t, if we saw the horrific, obscene truth of those numbers, people would pay more attention. If newspapers and magazines printed crime-scene photos and shared CCTV footage, we might keep talking. Maybe, like the McDaniels photo, it could lead to something. Or, like the McDaniels photo, it won’t lead to enough. Either way, at this point, we need to try.