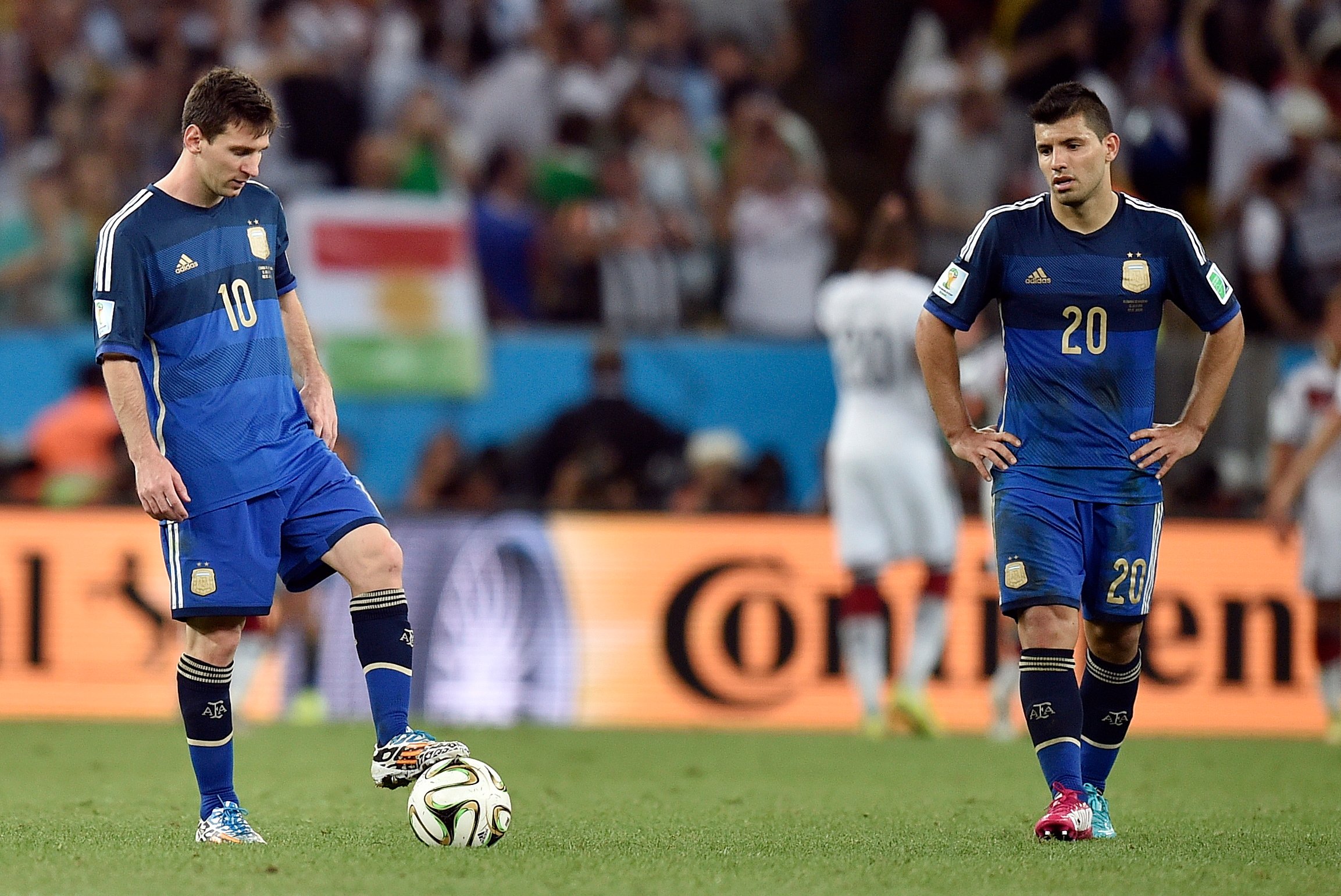 Padre José María di Paola postponed celebrating Mass on Wednesday for something less solemn: watching soccer. The man better known as “Padre Pepe” instead set up screens in his shantytown parish for fans to watch Argentina advance to the World Cup final—besting Holland on penalty kicks. “Soccer fans are really intense here in the vilas,” says Padre Pepe, a minor media sensation in Argentina for his work with drug addicts in the Villas de Miseria—Misery Villages—covering an ever-increasing part of the Buenos Aires cityscape.

Soccer is a religion in much of the world, including Argentina—though few countries could count the Pope as a supporter. It’s also a distraction in the South American country, where fans are celebrating soccer success as the economy slumps. Argentina, once one of the wealthiest countries in the world, suffers a century-old curse of careening from crisis to crisis, even while overachieving on the fútbol field. Improbably, the country could claim the World Cup and default on its debts shortly thereafter, although Argentines appear more preoccupied with Sunday’s final than any financial misfortune. “We’re not thinking of anything but the World Cup,” say Fernando Farías, a host with national public radio in Buenos Aires. “The administration can use this to cover whatever is happening in the country.”

Using soccer for political purposes or papering over problems isn’t without precedent. Argentina won the 1978 World Cup on home turf, which the then-military dictatorship used for propaganda and “promoting patriotism among the population,” says Argentine economist Nicólas Alonzo. It didn’t work then and Alonzo doesn’t expect it work now. Not that the government won’t try. “The effects of victory will be moderate,” says Alonzo, who works with the Orlando J. Ferreres & Asociados consultancy in Buenos Aires. A win, though, gives the government time to “take unpopular measures to correct the main macroeconomic imbalances.”

Argentina devalued its currency in January and raised interest rates as it ran low of foreign reserves—funds previously used for increased social spending and programs aimed at the poor, students and single mothers, all of whom vote overwhelmingly for President Cristina Fernández de Kirchner. The devaluation cut the purchasing power of Argentines accustomed to saving in U.S. dollars (bought on a burgeoning black market) and copiously consuming everything from cups of coffee to cars to foreign trips.

In June Argentina slipped into recession for the first time since 2001, when the currency collapsed and Argentina defaulted on an estimated $95 billion in debt, which left it frozen out of foreign capital markets. No analyst expects a repeat of 2001, but today’s troubles date back to the debt crisis and a group of bond holders who refused to settle for 35 cents on the dollar and held out for full payment. The bond holders  recently prevailed in U.S. courts and stand to collect $1.3 billion. It’s a sum that Argentina cannot afford.

Argentine fans fretted about team defence prior to the tournament. Early tournament reviews were underwhelming as Argentina scraped by the likes of Bosnia Herzegovina, thanks to star striker Lionel Messi, “who can perform magic at just the right time,” Farías says. For Farías and others, it reinforced old stereotypes of Argentines not working well in teams while excelling as individuals. “We tend to prioritize individuality and get carried away with infighting,” says José María Poirier,  publisher of the magazine Criterio in Buenos Aires.

Still, Argentines point proudly to international icons coming from the “end of the world,” such as Pope Francis, Queen Maxima of Holland and strikers Messi and Maradona (revered for his “hand of God” goal in Argentina’s winning World Cup campaign in 1986). With Francis being elected pope, some speak of a “Francis effect”—first on display after his favourite soccer squad, San Lorenzo, unexpectedly won the Argentine league in 2013. “Many say, between seriousness and smiling, that the prayers of an Argentine Pope help,” Poirier says. “The problem is that Benedict XVI prays, too,” presumably for Argentina’s opponent Sunday, Germany.