Baltimore’s problem is too complex to be black and white

The narrative coming out of Baltimore is simple: America is divided along racial lines. But nothing's simple. 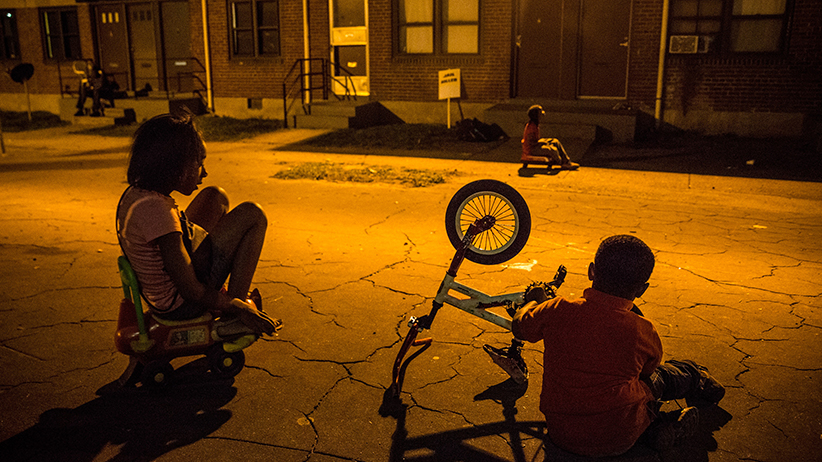 This is the narrative: America is a nation starkly divided by race. The gap between black and white is growing relentlessly. And the repetitive cases of police officers killing unarmed black men are the ugly result. The death of Freddie Gray in the custody of Baltimore police seems to fit right into this miserable narrative. But it isn’t so simple.

Consider, for example, the Baltimore police commissioner at the centre of this story. Anthony Batts is black. He grew up in South Central Los Angeles, in a poor family. Coming out of college, he joined the police force, where he gradually moved up the ranks to become the police chief in Oakland. In the process, he built a reputation as a reformer. In 2010, when police under his command killed an unarmed resident, he called in the FBI to investigate. This earned the ire of the rank and file, who accused him of not closing ranks.

In Baltimore, Batts inherited a force facing more than 100 lawsuits for misconduct and brutality. He disbanded one of the most notorious units, issued a reform plan and called in the federal Justice Department to help him turn things around. Understandably, given this track record, it’s hard to cast Batts as the uniformed protector of white privilege.

The mayor who hired Batts is also black, and an equally complicated figure. Born and raised in Baltimore, Stephanie Rawlings-Blake comes from a relatively elite background. Her father was a prominent civil rights activist and a powerful Maryland politician. She studied law and, at age 25, became the youngest person ever elected to Baltimore city council.

As mayor, Rawlings-Blake brought in financial reforms to cut the growing budget deficit. She began to address the blight of Baltimore’s notorious abandoned buildings, and championed redevelopment efforts in some of the poorest neighbourhoods. But her budget cuts also forced the closure of recreation centres and swimming pools in communities such as Sandtown, where Freddie Gray was arrested, and where entire blocks stand vacant and abandoned.

While it would seem obvious that Mayor Rawlings-Blake is a natural ally of the people who protested Gray’s death, many of them disagree. Last week, I walked through Sandtown, talking to residents, who revealed a deep distrust of the mayor’s motives and anger that she initially called the rioters “thugs.”

Related: The day after the night before in Baltimore

By contrast, State’s Attorney Marilyn Mosby is being celebrated as a hero for swiftly charging six police officers for their involvement in the death of Gray. Her press conference announcing the arrests was greeted with street parties and impromptu calls for her election to mayor.

Unlike Rawlings-Blake, Mosby comes from the same humble beginnings as Batts. A single mother raised her in a largely black and decidedly working-class neighbourhood in Boston. Her family claims that, from the age of six, she wanted to go into law, a notion that was reinforced in high school when her 17-year-old cousin, mistaken for a drug dealer, was gunned down in front of her house.

After earning her law degree, Mosby and her husband moved to the rundown Baltimore neighbourhood of Reservoir Hill. She soon became an assistant state’s attorney, with a reputation for being “tenacious and uncompromising.” Her husband was eventually elected to city council and, four months ago, Mosby was elected state’s attorney, campaigning on the city’s high murder rate and chronic police misconduct.

These three African-Americans at the centre of the Gray story turn the white-versus-black stereotypes on their head. In fact, so does Baltimore. The majority of its elected officials are black. Even its police force is more than 50 per cent black. And the policeman Mosby charged with second-degree murder? Black.

Related: Meet the Baltimore who sought to bring calm with dance

Walking through Sandtown, it was easy for me to see the protests through the lens of race. But the residents I spoke to didn’t. They made no distinction between the white cops and the black cops who arrested Gray. And the mayor’s skin colour did not protect her from their anger that their children had nowhere to play. When I sat down with Rev. Harold Carter Jr., who helped to bury Gray, I asked him about the role of race. He downplayed the notion, and explained that this was more about youth stuck in poverty, without access to good schools, or opportunities to find work.

A few hours earlier, I had been standing in front of a burnt-out corner store, and I asked a man outside what he hoped would come from this. I had expected him to talk about justice and equality. Instead, he grew angry and shouted at me, “What do we want? The same goddamn things you want! A job and a park where my kid can play! What a stupid question!” He had a good point.