The terrorist group has killed an estimated 2,000 since seizing Baga and surrounding villages 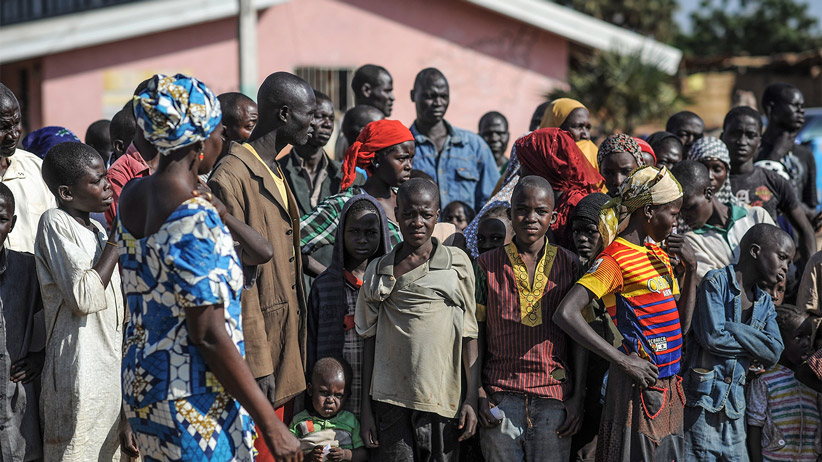 As many as 2,000 bodies lay scattered through the streets and countryside in northeastern Nigeria today; left behind by people fleeing in desperation from the deadliest massacre in the history of the extremist group Boko Haram.

While the world’s eyes were fixed on Paris and Charlie Hebdo, a terrorist attack comparable in scale to 9/11 was unfolding 6,000 km away.

Boko Haram stormed the northeastern Nigerian town of Baga and 16 surrounding villages last Saturday, seizing a multinational military base. Since then, the militants have been shooting at civilians randomly, firing rocket-propelled grenades, and setting fire to everything in their path. The Nigerian military reportedly retaliated with airstrikes. The fighting is still going on.

Utter chaos has seized the region. Little information is getting in or out. The estimated death toll, 2,000, was relayed from the BBC Hausa service to Amnesty International. The real number is really anyone’s guess. BBC is reporting that Baga’s 10,000 residents fled with whatever they could carry as the town was razed to the ground. Local leaders say most of the dead are children, women and elderly people who couldn’t outrun the violence. According to the United Nations, more than 7,300 people have poured into refugee camps in neighboring Chad. An unknown number drowned in Lake Chad on the way, and efforts are underway to rescue a 1,000 more stranded on the island of Kangala.

Boko Haram, the Islamic extremist group most famous for kidnapping schoolgirls, controls about 70 per cent of Borno, the state where Baga is located. It has been terrorizing northern Nigeria for five years, forcing more than a million people from their homes and killing 10,000 in 2014 alone.

with files from the Associated Press