Cover preview: The Kurds who are slowly beating Islamic State

Who are the YPG, and how are they making real headway in the fight against Islamic State? A sneak preview of our latest cover story 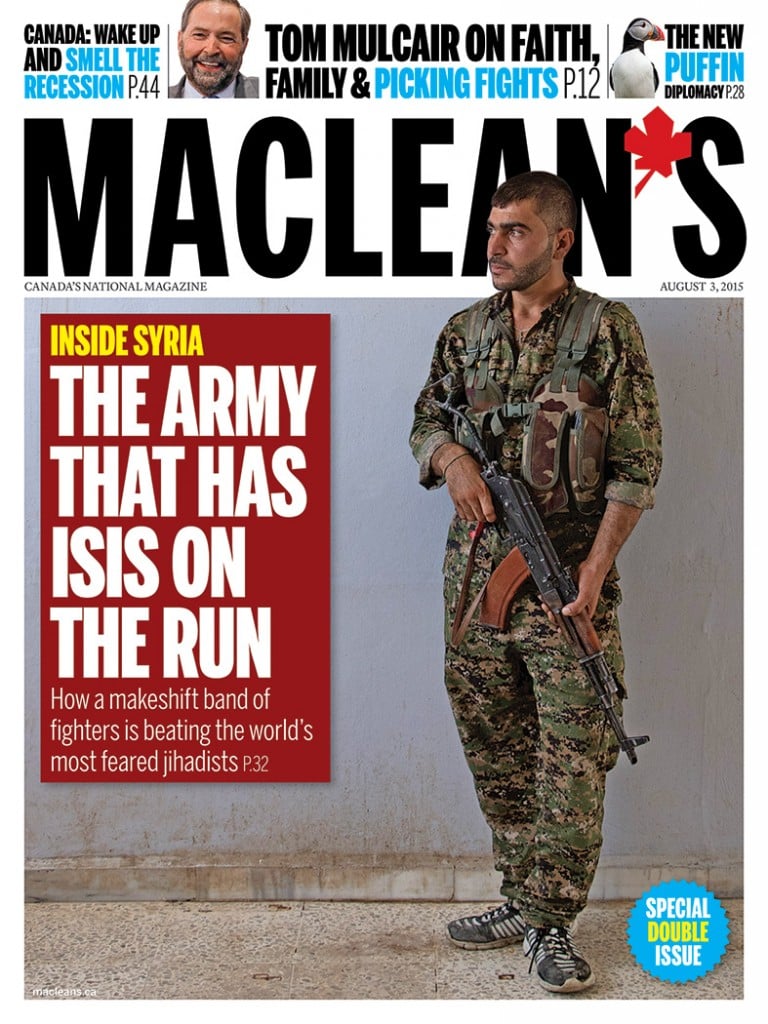 Amid all the talk of failed strategies and doomsday scenarios, there is one group that’s proving Islamic State is not as invincible as it might seem. Syria’s Kurds are taking the fight to the world’s most feared militants. But are we seeing one kind of fanaticism replaced by another?

They have been called everything from brilliant super-villains to murderous thugs. But if there is one thing everyone can agree on, it’s that the militant group calling itself Islamic State has baffled the world’s most powerful armies with their seemingly unstoppable advance across Syria and Iraq.

In a little over a year, a group that had all but faded into obscurity now controls territory the size of the U.K., and still seems insatiable in its appetite for more. Its growth has spawned increasingly convoluted debates over the best strategy to confront it, ranging from all-out war to geopolitical gerrymandering on the scale of a revitalized neo-colonialist enterprise.

But there is one group that is laying out a much simpler path to Islamic State’s demise. Over the past seven months, Syria’s Kurds have battled and bruised their way to the unique honour of being the one fighting force capable of taking on the religious fanatics.

Ironically, it’s the Kurds’ own kind of revolutionary fanaticism that seems to be the trick. Relentlessly pursuing their own dream of a socialist utopia, the Kurdish militia known as the Peoples’ Protection Units, or YPG, has raised an interesting question: is the only antidote to Islamic State’s fanaticism another kind of fanaticism?

This week, Maclean’s goes on the ground with YPG militiamen at the frontlines in the fight against Islamic State in Syria’s Hassakeh province. The Kurds are winning, but why they are winning may not be all that reassuring.