Our daily roundup of this day in the Donald Trump era, from his first presidential daily briefing to an abrupt resignation 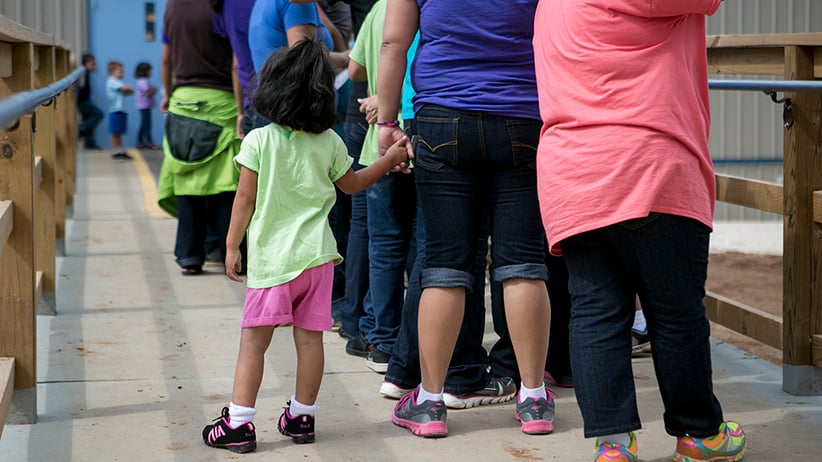 Nov. 15, 2016: For years, Donald Trump said presidential elections should be decided by the popular vote, not the electoral college system. Now, having lost the popular vote on Nov. 8, will he support a Democratic senator’s upcoming bill to change the system to popular votes for future elections?

Meanwhile, Trump’s transition team hit a major roadblock on Tuesday when one member overseeing national security resigned and then came reports that major city mayors won’t be helping federal authorities find or deport undocumented immigrants, but instead will offer them sanctuary.

Though inauguration day is still more than two months away, Trump received his first Presidential Daily Briefing on Tuesday as part of the transition from one president to the next. Indeed, it was the same briefing President Obama received, though Trump reportedly got his at the Trump Tower.

The briefing lays out security threats and other highly classified information, and while Trump and Hillary Clinton were privy to the occasional intelligence briefings once they were nominated by their respective parties as presidential candidates, those briefings were not to the same security clearance or level of detail as Trump now receives.

Though President Obama was not required to open up the daily briefing to Trump, it was a courtesy he extended to ensure the peaceful transition of power, just like President George W. Bush had done for Obama in the same situation eight years ago.

Sanctuary for the undocumented

Trump’s pledge to deport millions of undocumented immigrants could hit a potential roadblock in cities like Chicago, where mayor Rahm Emanuel—a former chief of staff under President Obama—said at a press conference that “Chicago is and will remain a sanctuary city.” What that means is that Chicago Police won’t work together with the federal law agencies in their efforts to deport undocumented immigrants.

And there are plenty of other “sanctuary cities”—including New York City, Dallas, Miami and Los Angeles. Here’s a list of the cities.

What can Trump do then? During the campaign trail, he threatened to block all federal funding to such sanctuary cities, but has since reneged on that pledge. Which means his strategy is still to be determined.

Another member left Trump’s transition team on Tuesday when former congressman Mike Rogers, who handled national security matters on the Trump team for the past two months, resigned. Rogers was a close ally with New Jersey Governor Chris Christie, who was also recently pushed aside from the role of chairman of Trump’s transition team in favour of vice-president-elect Mike Pence.

Then, Dr. Ben Carson—the neurosurgeon-turned-Republican presidential hopeful—informed Trump he wasn’t interested in any job under his administration, despite rumours he’d be offered the job of secretary of health and human services.

Meanwhile, as Trump looks to fill the voids on his team, he got some unsolicited foreign affairs advice from Arizona senator John McCain: don’t get to chummy with Putin.

Four years ago, Trump said America’s electoral college system was a “laughing stock” in that someone could win the popular vote of the country but still lose the election. He couldn’t have predicted then that four years later he would win the presidential election despite losing the popular vote to Clinton by more than a million votes (as of Tuesday).

And yet, despite his good fortune with the system in place, Trump told 60 Minutes over the weekend that he would prefer the popular vote system. “You know, you get 100 million votes and somebody else gets 90 million votes and you win,” he said. “I’m not going to change my mind just because I won.”

That’s not to say he thinks he would have lost to Clinton had the system been simply vying for the most votes nationwide; he just probably wouldn’t have spent so much time in North Carolina and New Hampshire to get the right combination of electoral college votes.

If the election were based on total popular vote I would have campaigned in N.Y. Florida and California and won even bigger and more easily

But, then again, Trump quickly added some good things about the current system.

The Electoral College is actually genius in that it brings all states, including the smaller ones, into play. Campaigning is much different!

So how serious would Trump be about changing the current system? He may get his chance to weigh in pretty soon as outgoing Democratic senator Barbara Boxer is about to introduce a bill that would change the system for future presidential elections to a popular vote.

The presidency is the only office where you can get more votes & still lose. It's time to end the Electoral College. https://t.co/OXZ9vHaIH1

Recommended reading: “Were Americans Better Off Before Obamacare?” (The Atlantic)