Maclean’s Bulldog, Oct. 27: What Clinton's aides were really worried about, and how Trump is building a new customer base 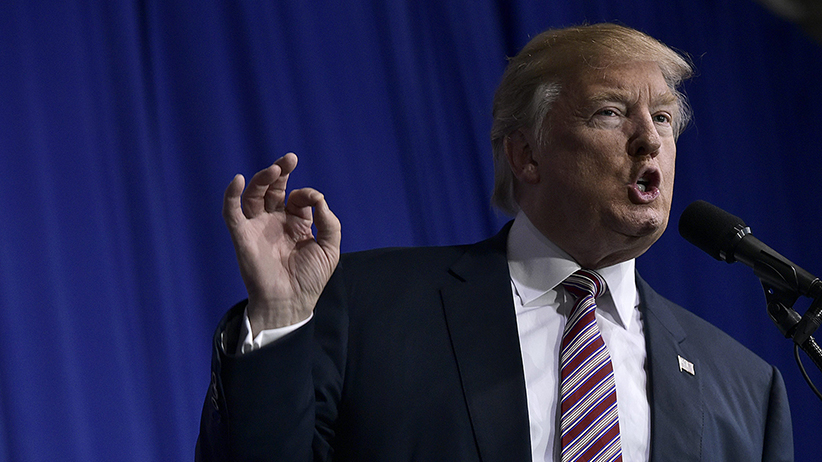 Oct. 27, 2016: Donald Trump made his latest play for the black vote, WikiLeaks continued to provide a look into the life of a Clinton aide, and Trump’s campaign gave the media an inside look at its database of voters—or future Trump TV subscribers?

Trump is still trying to prove that he will be better for African-Americans than the candidate they’re mostly going to vote for. Speaking in Charlotte, N.C., he unveiled what he called “a new deal for black America,” which consists of policies aimed at improving what he called “blighted American neighbourhoods” and allowing poor neighbourhoods to apply for federal disaster relief.

Mostly he repeated the familiar story that the Republicans are “the party of Abraham Lincoln” and that the Democratic Party’s dominance in cities has created “crippling crime and total violence.” Speeches like these don’t seem likely to change the votes of black Americans, whose support for Trump polls at somewhere between three and four per cent. In fact, Trump may have torpedoed the party’s once-improving performance among young black men. But these appeals may be aimed at white voters who lean Republican but want to be reassured that they’re not racist. The same could apply to a new ad where Trump tries to speak Hindi to appeal to Indian voters.

WikiLeaks’ releases of hacked emails from Clinton campaign chairman John Podesta haven’t had many damning revelations. But they do show that her aides were worried about the potential for damning stories. In some of the latest email releases, Clinton aides are nervous about the bad press that might come from the Clinton Foundation and the appearance of “an expectation of quid pro quo benefits” in exchange for donations; one adviser, Robby Mook, advised that during her run for president, appearances with foundation donors should be “smaller and lower key.”

It seems that while Clinton’s aides believed the bad publicity was unfounded and unfair, they still saw it as their job to anticipate and avoid bad publicity. And sometimes they failed to do so: Podesta and Mook were caught off-guard by the blowup of the story about Clinton’s email server at the State Department. “We brought up the existence of emails in reserach (sic) this summer but were told that everything was taken care of,” Mook wrote. It’s sometimes hard to predict what will turn into a front-page story.

Trump’s new database: remember the Alamo
A big part of campaigning is having a database of potential voters and donors, and a big part of direct marketing is having a database of potential customers. The Trump campaign may have combined the two into something it calls “Project Alamo.” Designed by Trump’s son-in-law Jared Kushner and the campaign’s digital marketing expert Brad Parscale, Project Alamo has been combined with the Republican National Committee’s donor list to help identify where Trump needs to campaign, but also to “cultivate a universe of millions of fervent Trump supporters, many of them reached through Facebook.”

With access to all this contact information, Trump will be in a position to build a media empire if he loses the election: Bloomberg reporters Joshua Green and Sasha Issenberg write that he may “gain a platform from which to carry on his movement, built upon the millions of names housed in Project Alamo.” And many of the people on the list may believe the election was unfairly stolen from Trump—which means that the RNC may have provided Trump with the means to make life very difficult for the party. “The Republicans built a monster to stave off defeat in the 2016 election,” New York magazine’s Jonathan Chait wrote. “And that monster may torment them for years to come.”

Will there ever be a new Supreme Court justice?

One of the biggest issues surrounding this campaign is that the next U.S. president will get to appoint several Supreme Court justices. Or maybe not. Senator and former presidential hopeful Ted Cruz hinted that Senate Republicans might block new appointments indefinitely. “There is certainly long historical precedent for a Supreme Court with fewer justices,” he told reporters after an event in Colorado. His comments echo comments by Sen. John McCain, who tried to reassure voters that the Republicans would be “united against any nominee” Clinton might propose.

Because of the polarization between the parties, any Democratic nominee would be to the left of the late Antonin Scalia, which means that there may be no incentive for Republicans to allow a vote to go forward. No wonder the most conservative justice on the court, Clarence Thomas, recently described Washington D.C. as “broken in some ways.”

The Clinton campaign released its latest fact sheet, this one about bullying in schools. It lays out “national priorities” to stop bullying, including cyberbullying, and a plan to offer federal assistance to schools that “put forward anti-bullying plans,” as well as putting more pressure on states to adopt “comprehensive anti-bullying laws” or else lose funding.

The title of the sheet could stand a little work, though: It’s headlined “Better than Bullying,” and that seems like a rather low bar to clear.

Recommended reading: Russell Moore, a prominent Evangelical Christian leader, gave a speech about how the religious right has lost its way in the age of Trump. The Week’s Pascal-Emmanuel Gobry has summarized some highlights from the speech, which castigates some religious right figures for defending Trump’s behaviour, rather than just supporting him as the lesser of two evils. “The religious right turns out to be the people the religious right warned us about.”