Extremism in the schools 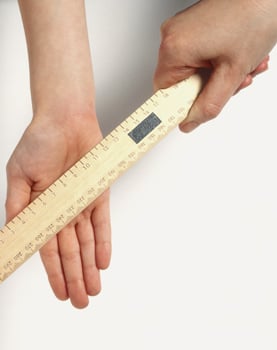 An investigation into more than 40 part-time Muslim schools and clubs in the U.K. has uncovered some startling revelations about the radical nature of the curriculum being taught. Materials obtained by the BBC include textbooks that detail the application of sharia law, such as how to chop off a person’s hands and feet if they are caught stealing, along with whether the best punishment for homosexuals who engage in sexual activities is for them to be stoned, burned or thrown off a cliff. Other materials ask children to list the “reprehensible” traits of Jewish people and note that non-believers will end up in “hellfire” when they die.

This isn’t the first instance of extremist undertakings occurring at schools in the U.K. In 2007, at the prestigious King Fahad Academy in west London, one teacher reported that pupils as young as five were being taught from Arabic textbooks that described Jews as “monkeys” and Christians as “pigs.” And this past August, a Muslim women’s group reported that an increasing number of female students at universities were being recruited by their peers for violent endeavours.

To stop the spread of extremist activities and teachings in academia, the government needs to start enforcing the law, says Douglas Murray, director of the London-based think tank Centre for Social Cohesion. “It is already illegal to teach racist, sectarian and bigoted attitudes in schools. If these were neo-Nazi schools, whether private or not, the government would have sent in the police at the start.”

Yet for decades, such hateful literature was largely ignored by civil society and considered just part of Muslim culture, adds Talal Rajab with the counter-extremism organization Quilliam. “Such ideas therefore went unchallenged, creating a climate where extremism could foster.” To curtail the problem, Rajab believes teachers should be heavily scrutinized to ensure that they are not extremists themselves, then equipped with the necessary training to spot the early signs of radicalization among pupils. Unfortunately, many of the Muslim schools are not funded by the state, which makes them difficult to monitor.