They may not all be household names, but these players came up big for their teams in the Cup's first week 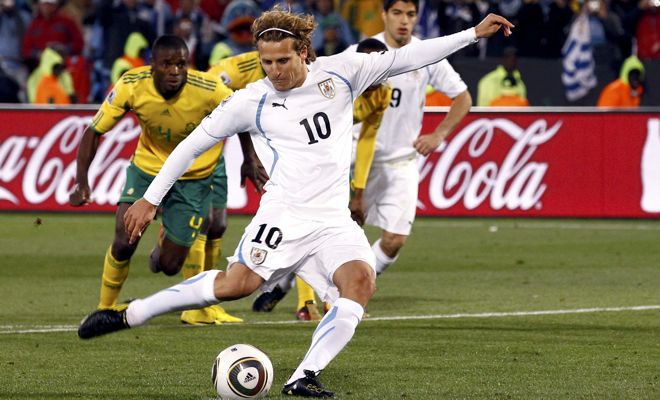 Forlan was born to play in the World Cup—his father, Pablo, represented Uruguay in the tournament twice, in 1966 and 1974. But despite plenty of success at the club level—he won a Premier League title with Manchester United in 2003 and the Europa League crown with Atletico Madrid this year—Forlan is only now finding his World Cup footing. He scored twice against South Africa, including an early candidate for goal of the tournament, and was at the forefront of the Uruguayan attack. This may be the 31-year-old striker’s last shot at World Cup glory, and he’s looking poised to seize on it.

Next: Gonzalo Higuain of Argentina 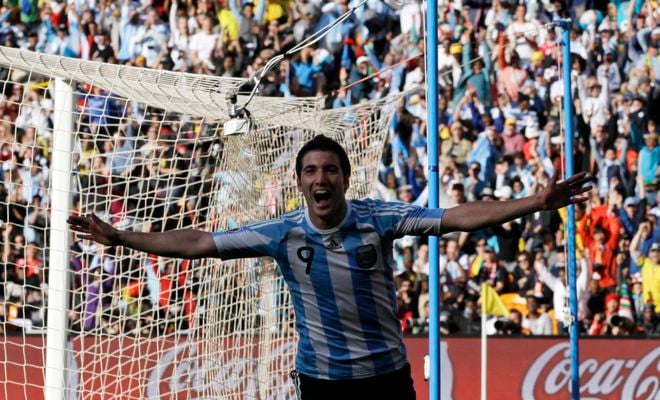 It’s easy to fly under the radar when you play on the same national team as Lionel Messi and the same club team as Cristiano Ronaldo (Real Madrid). But the 22-year-old striker has been more prolific than those two stars combined so far, potting a trio of goals in Argentina’s dominant win against South Korea. It’s tough to believe now that Higuain was almost left off of Argentina’s team entirely (and that he even considered switching national soccer allegiances). But with that uncertainty long gone, the man they call “El Pepita” looks to be a long-term fixture in Argentina’s plans.

Next: Vincent Enyeama of Nigeria 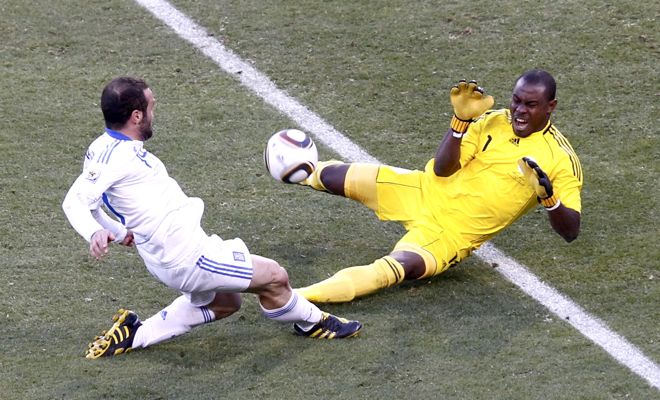 The World Cup is often the place where African stars catch the eye of big European clubs—in 2010, one of those stars might be Enyeama. The 27-year-old goalkeeper, currently with Hapoel Tel Aviv in the Israeli Premier League, made 15 saves in Nigeria’s first two matches against Argentina and Greece. Both were narrow one-goal losses, but without Enyeama’s acrobatic heroics, either game could have been a blowout. Nigeria’s chances of advancing to the Round of 16 are slim, but after surviving a 2004 car crash in which two people died, Enyeama knows quite a bit about overcoming adversity, and could be just the man to help his squad to unexpected advancement in 2010.

Next: Asamoah Gyan of Ghana 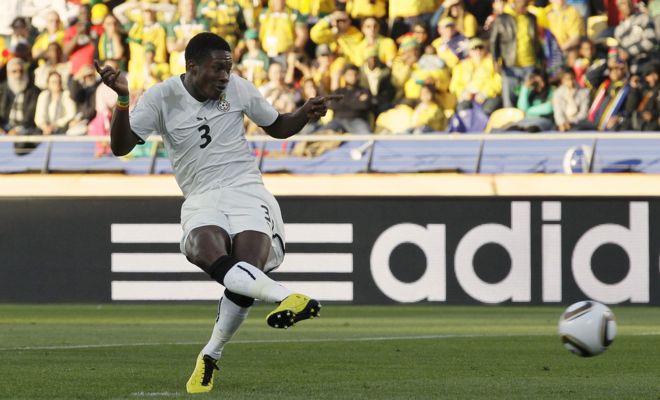 At only 24 years of age, Gyan has already attained legendary status among his countrymen—and with good reason. In the 2006 tournament, the youngster scored the country’s first-ever World Cup goal in a famous 2-0 win against the Czech Republic. He’s also a big reason why Ghana might make the Round of 16 this year, having scored against both Serbia and Australia. Currently a member of Rennes in France’s Ligue 1, the crafty striker was also with Udinese in Italy’s Serie A for five years. With plenty of international (21 goals in 41 games) and high-level domestic experience, Gyan will carry much of the weight of the Black Stars’ expectations on his shoulders.

Next: Robert Koren of Slovenia 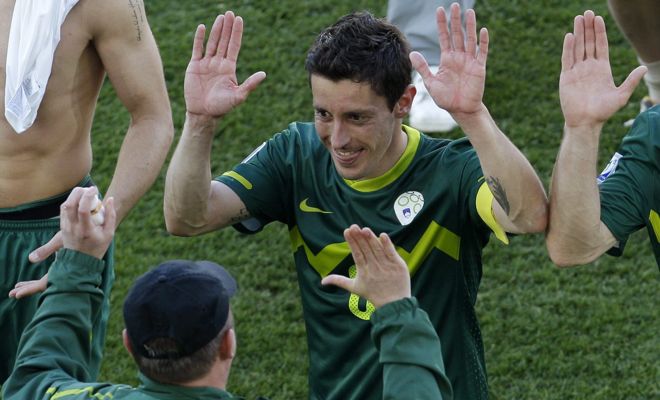 With strong performances against Algeria and the USA, the Slovenians surprised many—or, at least, those who hadn’t followed them in European qualifying, where the team combined stingy defence with timely goal-scoring to qualify for South Africa. At the centre of the successful squad is their captain—midfielder Robert Koren. He’s the most experienced member of the impressive Slovenian side (48 caps) and scored the team’s winning goal against Algeria. Oddly enough, the 29-year-old finds himself without a club team at the moment, having been released by West Bromwich Albion of the English Championship. But as an integral part of his squad’s resilient performance so far in 2010, Koren could see a return to Europe quite soon.

Back to start: Diego Forlan of Uruguay