Nick Kozak's powerful photos from an emotional gathering in Paris

An estimated 1.6 million people, including as many as 40 world leaders, gathered in the streets of Paris in a show of solidarity and unity over the killings that have shocked the world. Maclean’s contributor Nick Kozak was on the scene in the French capital. 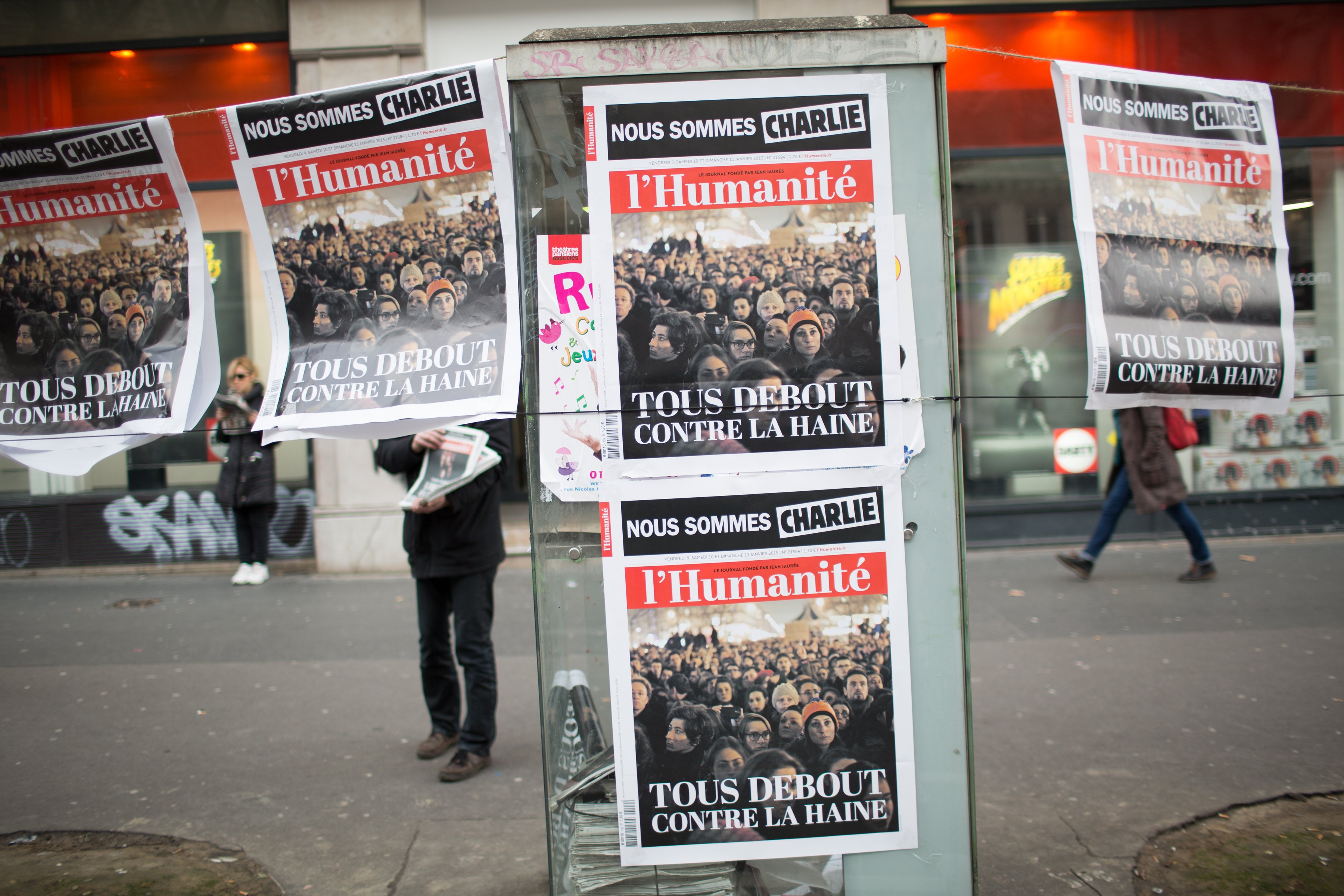 Posters for L'Humanite special edition newspaper on a phone booth are strung up along Avenue de la République before the Unity March in Paris, January 11, 2015. (Photograph by Nick Kozak)