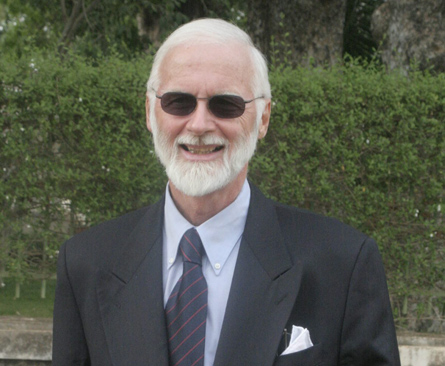 Germany and Switzerland paid al-Qaeda’s North African branch a ransom of approximately US$8 million for the release of four hostages, including Canadian diplomats Robert Fowler and Louis Guay, according to a senior Algerian security official who spoke to J. Peter Pham, an Africa specialist at James Madison University.

In an interview with Maclean’s, Pham said the Algerian security official told him yesterday that the ransom was officially only for the two European hostages–a Swiss and a German–but that the amount paid was double what would have been necessary to free them. The extra cash was meant to cover the release of Fowler and Guay, the security official said, while still leaving Canada able to deny it paid a ransom.

The Algerian security official also confirmed that a member of Libyan dictator Muammar Gaddafi’s family–his son, Saif al-Islam, according to other news reports–played a key role in negotiating the hostages’ release.

Relations between Switzerland and Libya have been strained ever since Swiss police detained Hannibal Gadaffi, another of Muammar’s sons, along with his wife, for allegedly beating two of their staff at a Geneva hotel last summer. Switzerland is now beholden to Gadaffi, who will, in the words of the Algerian, extract his “pound of flesh” at a later date.

Prior to the hostages’ release, Pham was in contact with highly placed members of the governments and security services in both Mali and Niger. These officials told Pham that negotiations had stalled because Canada and the United Nations refused to pay a ransom to al-Qaeda in the Islamic Maghreb (AQIM). The kidnappers wanted the governments of Niger and Mali to release AQIM prisoners in their custody, while Niger and Mali were reluctant to release prisoners without getting something in return.

Pham has no proof, but he suspects a “package deal” was struck that would see Mali and Niger receive some sort of political or financial compensation in exchange for releasing prisoners to AQIM.

Kory Teneycke, Prime Minister Stephen Harper’s press secretary, told Maclean’s Canada did not make any concessions to the governments of Mali or Niger to persuade them to exchange prisoners with al-Qaeda. “The government of Canada did not give any money or considerations as part of a deal to get these two hostages released,” he said.

News reports out of Algeria have since alleged that four Islamist terror suspects held by Mali were released as part of a deal to free the Canadian and European hostages. Al-Qaeda made the same claim in a statement released Sunday. It is unlikely that Mali would agree to release prisoners without compensation, or the threat of losing something if it refused. Canada has recently focused its foreign aid on only 20 countries. Mali is one of them.