Where are we now? We asked David Miliband 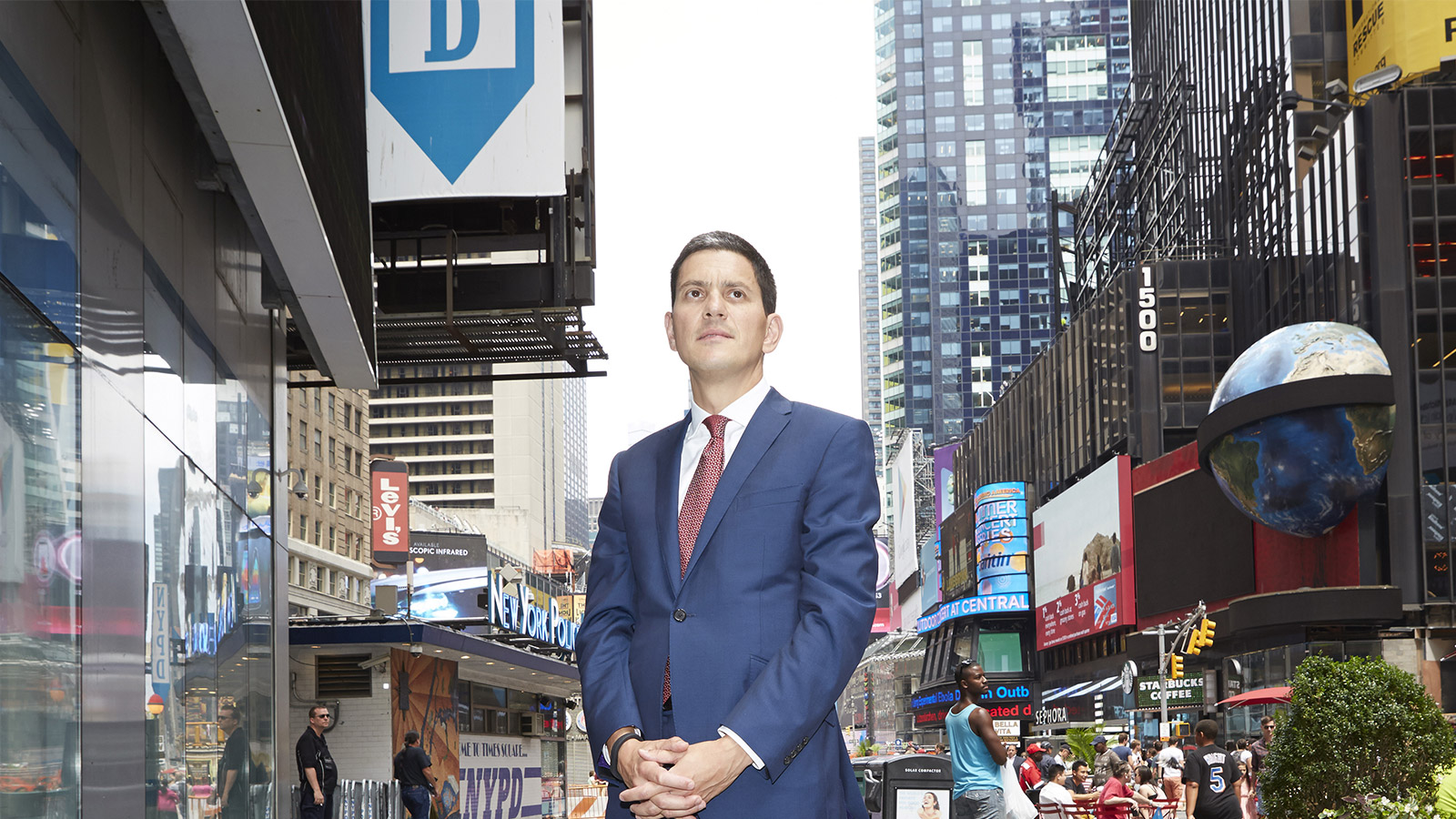 How the mighty have changed gears. Five years ago, David Miliband was Britain’s foreign minister. Then Gordon Brown’s government lost the 2010 election. Brown resigned as Labour leader; Miliband lost the race to succeed him—to his own brother, Ed Miliband. Today, David Miliband runs the International Rescue Committee, a global humanitarian charity, based in New York. He will be one of many speakers at the Canada 2020 Conference in Ottawa on Oct. 2 and 3. He spoke to Maclean’s by telephone from the back of a New York taxi cab.

Q: What role will you play at the Canada 2020 conference?

A: The focus of my contribution is: What are the challenges and choices that countries face as they think about how to engage internationally?

Q: It seems to me that, even as recently as a decade ago, when the wars in Afghanistan and Iraq were young, we could still kid ourselves that these were traditional state-to-state, industrial-conflict confrontations. Now that pretense has gone out the window. Syria, to pick one example, is just a mess. Which way is up in a world like that?

A: I think that, after 9/11, if we’d been having this conversation, we’d have said that it’s an asymmetric world. It’s a world where a non-state actor can strike at the heart of the strongest country in the world. I think that notion of an asymmetric world holds good today, not just in the security domain, but in economics. Who’d have thought that a country the size of Greece could become, in 2011 or 2012, the biggest threat to the global economy?

Q: It seems the Obama administration has tried hard to bring a diversity of replies to this diversity of threats. But sometimes the U.S. President can seem simply not to be leading. Do you think that’s a fair criticism?

A: It’s not for me to provide political commentary and, you know, I can’t be sucked down that hole. The truth is that America is the most powerful country in the world. Its decisions provide the benchmark for others. But, obviously, it’s a very different-shaped world. There are other countries now that have the power, generally, to stop things, most obviously in the [UN] Security Council veto. But it’s harder for America to get what it wants in the world. I think that’s a fair way of putting it. That’s why people talk about it being a multi-polar world. Obviously, their fear is that it’s an a-polar world, a world without leadership. When citizens are feeling the pinch economically, there’s always a temptation to turn inward. I think it’s very important that countries that have been the authors of globalization, which are those in the West, remain globally engaged.

Q: Meanwhile, there have been pressing crises in your own former, British, backyard.

Q: What just happened in Scotland?

A: I think that people confronted, very squarely, whether they could fulﬁll their aspirations for Scottish identity within the U.K. or not. Thank goodness, a majority of them concluded that they could. [Former] president [Bill] Clinton said at a meeting of the Clinton Global Initiative yesterday that the 55 per cent of Scots who voted No were not less patriotic than the 45 per cent who voted Yes. They just saw their patriotism as being compatible with the U.K.

Q: The British idea is essentially a notion of complexity—that your identities can be superimposed, one on another, rather than be in conflict. That notion of complexity is sorely tested in Europe right now. Anti-immigrant or anti-Europe parties are on the rise, whether in Sweden or Britain or elsewhere. Do you agree that these are similar manifestations of the same idea, that complexity is a hard sell?

A: I think complexity is not a slogan you put on a banner. I think it’s important to say that you shouldn’t equate those who voted Yes in Scotland with anti-immigrant sentiment. That wouldn’t be a fair characterization. But if you’re saying, “Is there a lot of debate around Europe about immigration?” then, obviously, you’re right. And is there a real recoil from globalization? I think you’re right about that, as well. The reasons for that are fundamentally about inequalities from globalization. And I think the heart of economic and social policy is going to be how you reconcile the openness that’s essential for economic progress with the sense of egalitarianism that is essential for holding a society together.