In Mexico, where truth is stranger than fiction, satirists are king 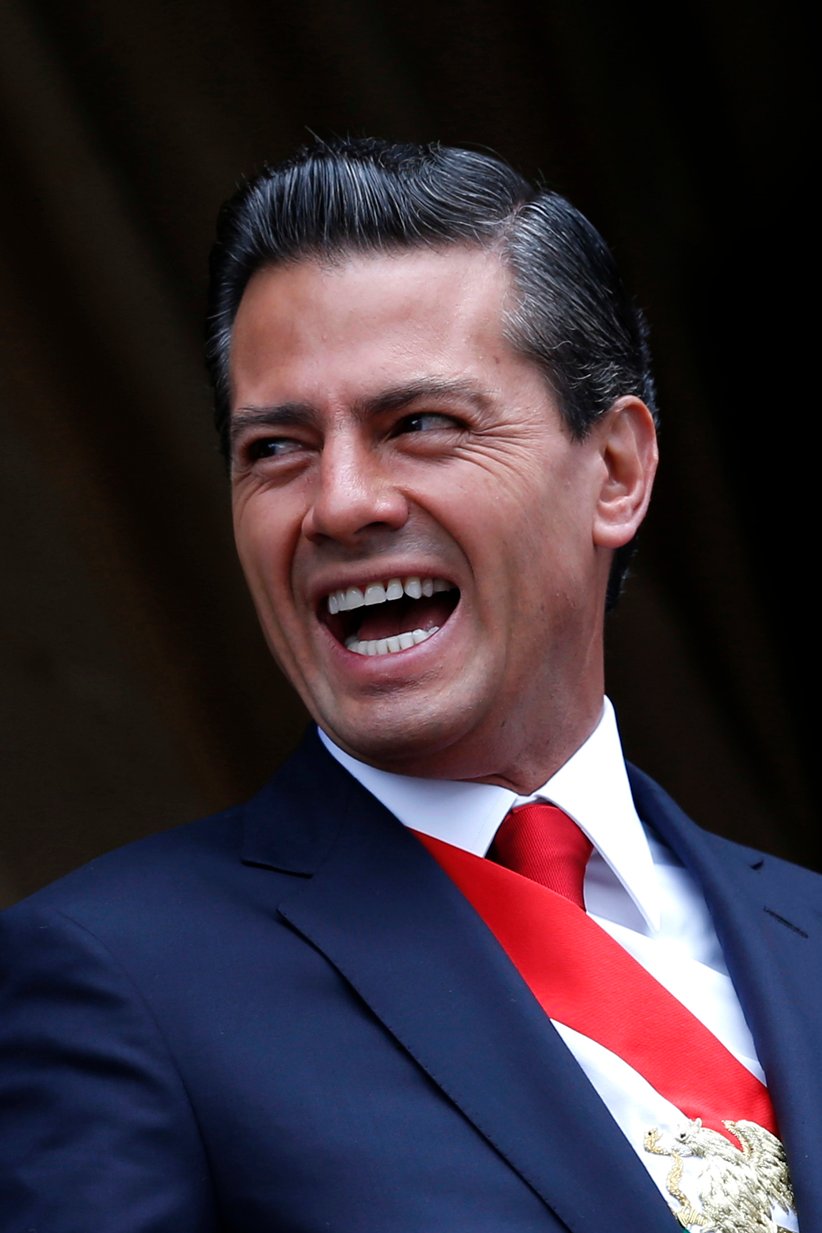 Union boss and Mexican senator Carlos Romero Deschamps appeared distracted during a recent debate on anti-corruption legislation. Cameras subsequently caught him thumbing through a catalogue of yachts priced well beyond his known pay grade—though likely within the grasp of a politically powerful person who represents workers in the state-run oil industry and who once gave his son a Ferrari.

Critics had a field day with the photo, yet publications sympathetic to the senator’s party kept their coverage subdued. ElDeforma, Mexico’s version of The Onion, tweeted a disavowal instead: “About Romero Deschamps, it’s not a story from @eldeforma. In fact, we don’t know how to make fun of something that is already so . . . beautiful.”

Truth can seem stranger than fiction in Mexico, where the news cycle can often be summed up as surreal. The media landscape has become an ideal space for spoofs and satire sites such as ElDeforma (“deformed” or “warped” in Spanish, and a play on Reforma, a widely read newspaper) and YouTube shows such as El Pulso de la República. Both are gaining audiences in a country with a history of media manipulation, and are offering rare criticism and ridicule of the ruling class.

“The news is pretty depressing in Mexico. We only wanted to open a space to laugh,” says Daniel, one of the founders of ElDeforma. (The staff use pseudonyms in stories and interviews.) “I wouldn’t say that we’re changing Mexico, but we’re opening a path so that people can be critical.”

ElDeforma started as a hobby four years ago, but became famous for spoofs other media outlets repeated as fact, such as suggestions that a poorly officiated Mexico-Holland World Cup match would be replayed. Soccer features prominently (“Mexico will offer its [newly created] anti-corruption system to FIFA,” read one May headline); politics, too. Often, though, readers mistakenly think a real headline is based on an ElDeforma story. Time magazine once put the increasingly unpopular President Enrique Peña Nieto on its cover with the headline “Saving Mexico”—prompting ElDeforma to issue an “urgent statement” denying any involvement. “We received a lot of messages and tweets, saying . . . ‘Someone just republished a story from ElDeforma,’ ” Daniel recalls.

The proprietors of ElDeforma say they’re not journalists and they’re not trying to transform Mexico, even though their publication is attracting five million hits a month and has more than a million Facebook followers. Part of the success may stem from readers’ cynicism about mainstream Mexican media and their potential manipulation for political purposes. ElDeforma once announced it would publish in English, so Peña Nieto (who never speaks English publicly) couldn’t censor it. “What explains the success of ElDeforma is the same thing that explains the success of The Daily Show, The Colbert Report, or satire shows in other countries,” says Javier Garza, a Knight International Journalism Fellow from Mexico. “Spoofing the news is something people look for. They look for it more when they’re dissatisfied with traditional, formal sources of news.” 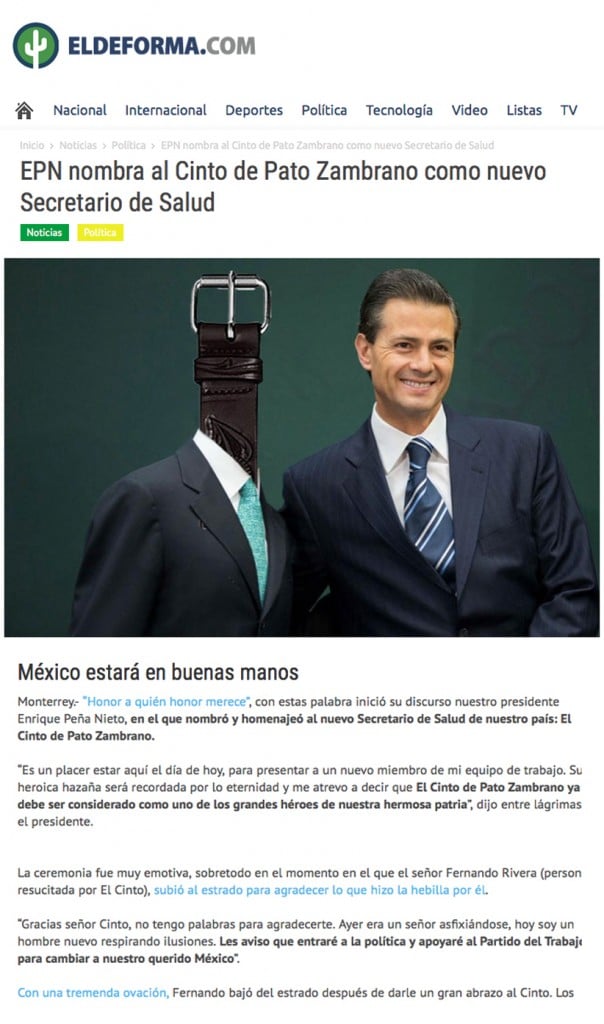 Satire surges occasionally in Mexico (notably, through the tragicomedies of filmmaker Luis Estrada). The TV show El privilegio de mandar (The Privilege to Rule) aired in the mid-2000s, with actors making fun of then-president Vicente Fox, but was cancelled in 2006. Despite Mexico’s transition to democracy over the past three decades, political humour is often left to cartoonists or social media sites. Most people get their news from radio or the two big broadcasters (Televisa and TV Azteca), which are often accused of refraining from causing an image-conscious president any discomfort. Watchdog organization Freedom House ranks Mexico 139th in press freedom globally. “Spaces for TV satire have narrowed, first, because, by far, the biggest story of the [president Felipe] Calderón years was the war on the drug cartels, which did not lend itself to humour and, lately, because of a return toward authoritarianism under Peña Nieto,” says Andrew Paxman, a historian at the Centre for Research and Teaching in Economics in Mexico City. “Peña Nieto is, in part, a Televisa creation, so they’re not going to attack him.”

ElDeforma hits all sides equally, though Peña Nieto appears often, as does his wife. After first lady Angelica Rivera said she made enough money from acting in Televisa soap operas to buy a $7-million mansion from a government contractor, ElDeforma ran the headline, “Mexican border patrol detains wetbacks from Hollywood who want to go to Televisa.”

Mocking drug cartels, however, is off-limits, Daniel says. It is a subject that has cost reporters in Mexico their lives. Religion is touchy, too. But, as Daniel points out, there’s plenty of material for satire left in Mexico: “The truth is that Mexicans make fun of everything.”