It's time for a hard look at Operation Medusa

I was there in the lead up to Medusa, and witnessed the fallout. It was a flawed operation and Harjit Sajjan's role was a problem. 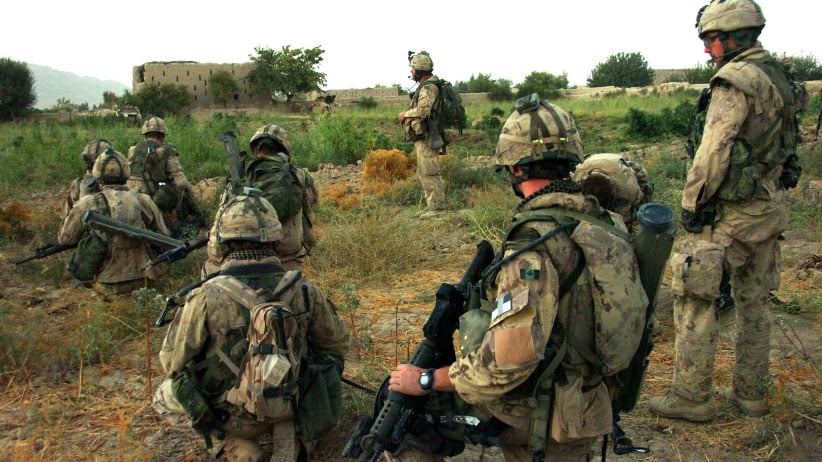 In the age of scandals, there’s no reason why Canada should not have a few of its own. The one swirling around Defence Minister Harjit Sajjan over comments he made about his role in Operation Medusa is a telltale sign that Canadian politicians are as prone to self-aggrandizement as their American counterparts, and when they are found out, will seek to sweep the controversy aside as quickly as possible.

But Medusa, and Canada’s role in Kandahar where the operation played out, should not be so easily cast aside. Indeed, some of the details of what happened then, at a time when the Conservative government was attempting to re-mould Canada’s military in the image of faded glories, remain unaddressed.

I was there in the lead up to Medusa, both embedded with the Canadian military as well as roaming the villages and orchards where the Taliban held sway. I witnessed how Canada’s early idealism crumbled in the face of Kandahar’s grim realities, despite the bravery and professionalism of Canada’s soldiers, who put their lives on the line trying to make lemonade out of the rotting lemons they were handed by their superiors and the Conservative government back in Canada.

Medusa, they were told, was to be their Vimy Ridge. In the lexicon of war, it was taking the fight to the enemy, in this case a cluster of villages in Kandahar’s Panjwai district, 30 km west of Kandahar city that Lieut.-Col. Ian Hope, a battalion commander in Kandahar at the time, described as the Taliban’s “command centre.”

In August 2006, less than two weeks before Medusa was launched, Hope put it to me this way: “[The Taliban] want to directly challenge us and that is a fatal mistake. If they wish to go to conventional fighting, they’ve chosen the wrong army. I don’t think they appreciate the lethality and determination of the combat power that’s going to be arrayed against them.”

It was wishful thinking, to say the least. The Taliban, as I had witnessed firsthand, had been preparing for Medusa, or an offensive like it, for a long time. They had much of the local population on their side. Indeed, many of their fighters were local farmers who shifted effortlessly between war fighting and tilling the land. Sajjan, a police constable from Vancouver who had extensive experience taking on gangs and organized crime, was recruited by the military to help war planners in Afghanistan gain a better understanding of how the tribal dynamics in rural Kandahar worked.

According to a recommendation letter written in September 2006 by Brig.-Gen. David Fraser, then commander of Canada’s Coalition Task Force in Kandahar, Sajjan was recruited because of his “ability to understand and exploit criminal networks.” The letter went on to praise his intelligence work, which Fraser claimed was the basis of “most of the formations’ major operations.”

Unfortunately, Afghan tribes are nothing like gangsters and based on accounts from soldiers on the ground at the time, intelligence did little to help Canadians navigate the complexities of Kandahar’s rural maze. As one officer described it to Legion Magazine in 2008, during Medusa, small groups of Canadian soldiers advanced on the enemy with little knowledge of what lay ahead. Battles played out ad hoc: a maneuver would fail forcing a retreat, then an alternative would be devised. In some instances, lacking the ability to differentiate between combatants and civilians, Canadian soldiers acted as bait, advancing into enemy territory with the hope that they would draw enemy fire.

Intelligence failures were not the only weakness of Medusa. Sajjan also played a key role in planting seeds that would later come back to haunt Canada. In September 2006, tasked with gathering intelligence on the Taliban, he was appointed liaison officer to Kandahar’s Governor, Asadullah Khalid.  Later investigations by rights groups would show that under Khalid’s watch, detainees transferred by Canadian forces to Afghan police and intelligence authorities were routinely tortured.

READ MORE: What happens when politicians have to grapple with ‘survivability’

Sajjan, based on his close relationship with Khalid, should have known those prisoners were being tortured, critics have pointed out, and any information they provided would be of little use.

There is no indication whatsoever that Sajjan turned a blind eye to torture for the sake of intelligence gathering. But battlefield accounts suggest information that what was passed on to military commanders did little to shape the battle.

“You don’t ever have 100 per cent intelligence,” Fraser admitted in 2008. “Metaphorically speaking, on a good day I would get 20 per cent.”

But the error was not simply Sajjan’s alone; it infected the military’s senior echelons as a whole. According to their narrative of events, Medusa had not only achieved its objectives but had done so emphatically. The Taliban had been soundly defeated, Canadian soldiers had proven their fighting mettle, and Canada’s Kandahar project was on the right footing.

In the years that followed Medusa, Canadian forces faced the consequences of the torture scandal. Trust between the local people and Canadian forces lay in tatters. Soldiers I met, particularly Civilian-Military Cooperation teams, or CIMIC, who were shouldered with the seemingly impossible task of winning hearts and minds, struggled every day to prove that Canada was there to help and was not part of the Afghan authorities’ torture machine.

Some of the facts suggest they failed, at least in strictly military terms: security in Kandahar worsened under Canada’s watch. The Taliban extended its control over the province. But at the same time it was not, as some have claimed, a total failure either.

In 2011, when I revisited Panjwai for Maclean’s, after Canadian forces had turned over security responsibilities to the U.S., I found a local population desperate for Canada to return. “In the way the Canadians fought, the way they patrolled our villages, the way they interacted with us,” one local farmer said, “we could see that they were trying very hard to be respectful. The Americans don’t care about us. They are a cruel people.”

Under the heavy hand of the Americans, Panjwai turned again into a battle zone. Within weeks, the trust Canada had built crumbled. The U.S. appointed Abdul Raziq, a known war criminal, as Kandahar’s chief of police, repeating the mistakes Sajjan had allegedly made. Raziq successfully beat back the Taliban’s control over the countryside but his gains were as temporary as they were brutal.

Kandahar is again slipping into uncertainty. Panjwai is under threat and the legacy Canada left behind is all but forgotten. In those early days of Canada’s deployment to Kandahar, when the Conservatives were eager to prove to the Americans that Canada could shed its peacekeeping reputation and transform into a war-fighting nation, tragic mistakes were made, and potentially the laws of war were broken.

In the years that followed, Canadian soldiers faced the realities of Kandahar with the bravery and compassion that have become synonymous with Canada’s role on the international stage. Sajjan’s boast may, on the surface, seem a minor transgression, but on closer examination it is an echo of the mistakes Canada made, trying to be what it is not.

Sajjan rode the wave of that fiction—of his “badass” reputation—into the cabinet and tried to bolster that image with his Medusa boast. Canada, however, is not a “badass” nation. And there is nothing wrong with that.