One photo op is unlikely to sink a campaign, it's true. But the British PM has bigger problems. 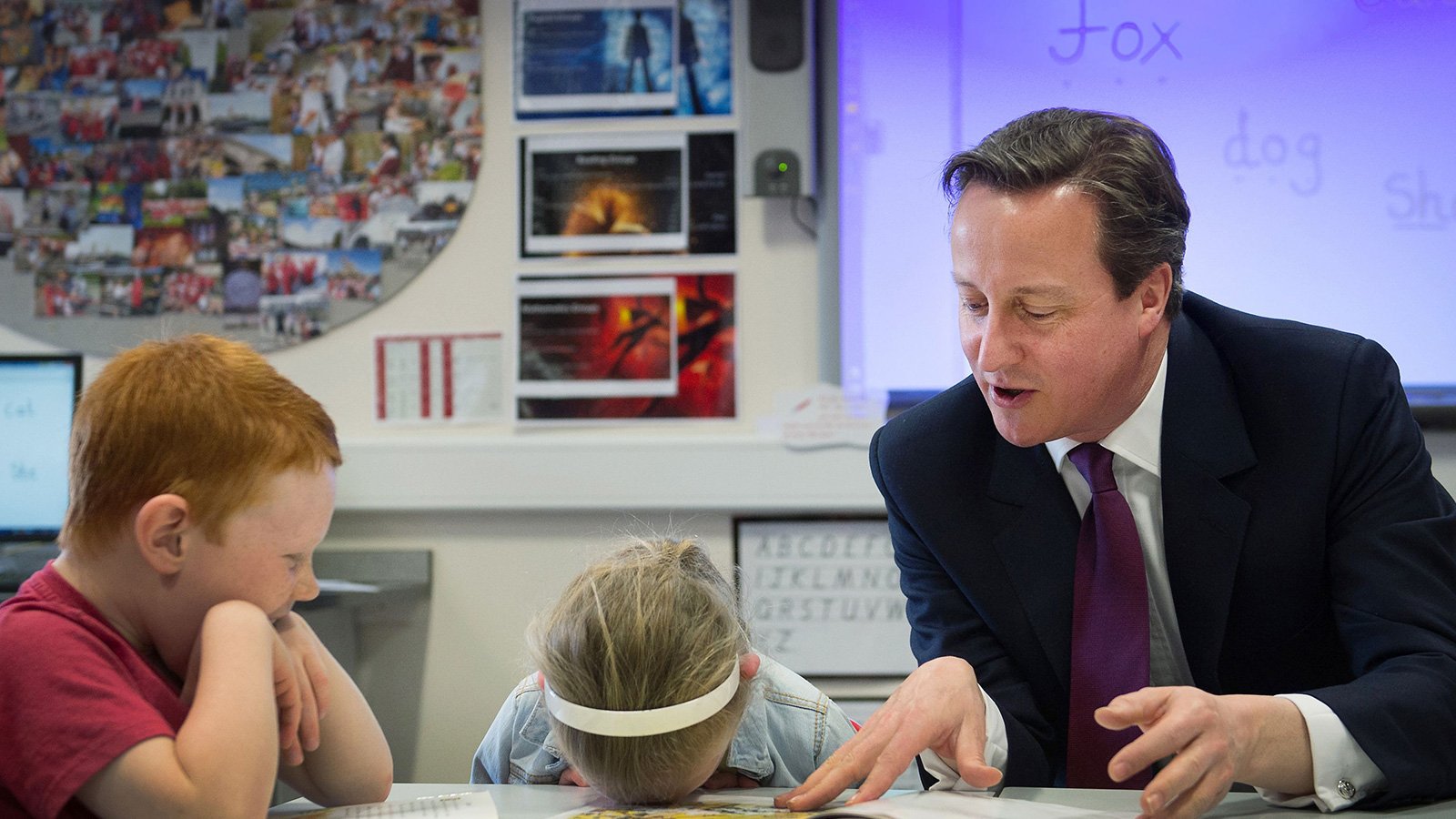 Helping adorable young children read is usually a surefire way for a politician to get a flattering photograph in the news. But the tactic backfired this week on Cameron, who’s campaigning ahead of Britain’s May 7 general election. In the midst of the lesson, six-year-old Lucy Howarth of the Sacred Heart Catholic Primary School in Westhoughton “head-desked” the Tory prime minister, dropping her face onto the table in front of her.

She quickly re-engaged, but by then it was too late for Cameron. Watching photographers had pounced like jackals on a sick wildebeest, the sound of their rapidly snapping camera shutters filling the air like distant gunfire.

In truth, one photo op is unlikely to sink a campaign—although several British media outlets have congratulated Lucy for summing up how Britons in general feel about the whole process. But Cameron has bigger problems.

For the past five years, he’s led an unlikely coalition with the Liberal Democrats, a social-liberal party that had finished behind the Labour Party in the 2010 vote. That the coalition held together has gone some way toward undercutting arguments that Cameron is a right-wing ideologue lacking pragmatism. But the arrangement hasn’t worked out too well for the Liberal Democrats. Their support has collapsed, with much of it migrating to Labour.

There, leader Ed Miliband appears to have finally quashed doubts—at least for the time being—about whether party members shouldn’t have chosen his elder brother David as leader back in 2010. That filial contest was really a proxy war for the soul of the Labour Party, with David representing the centrist “New Labour” legacy of Tony Blair, and Ed carrying the banner for “Old Labour” and its proud history of losing every British general election since 1979.

Ed, however, has grown into his role, appearing more mature and serious—especially after David quit politics and moved to New York in 2013. And now Tony Blair is campaigning on Ed’s behalf, suggesting the old split in the party is healing. That hasn’t stopped Tory Defence Secretary Michael Fallon from trying to revive it by claiming Ed “had stabbed his own brother in the back to become Labour leader” and would do the same to Britain by striking a deal with the Scottish National Party to scrap Britain’s fleet of nuclear submarines in exchange for SNP support.

Related reading: Why class is key in the U.K. election

The SNP may win enough seats to influence the outcome of the May election. Another party set to do well is the populist and euroskeptic UK Independence Party. It tends to draw support from traditional Tory voters. Cameron might want to arrange for its leader, Nigel Farage, to read Lucy Howarth a story.