Why the UN fails where it matters most

Scott Gilmore on mass rape, Canada, and the desperate need for UN reform 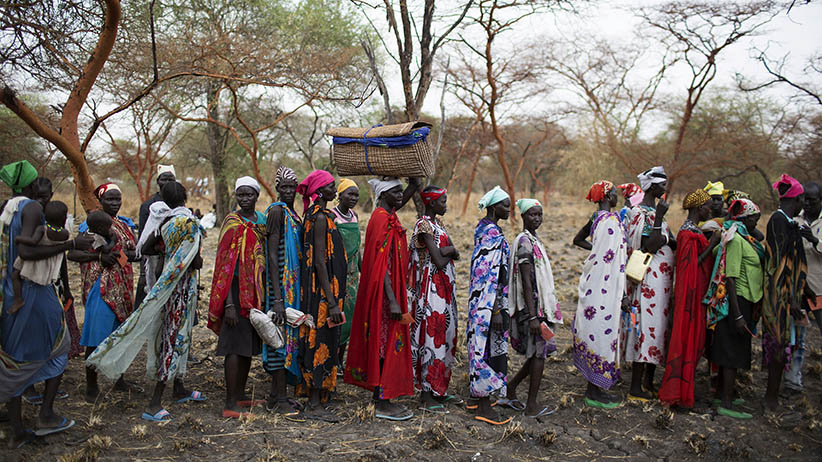 I consider myself to be far too jaded. As a diplomat, with the United Nations, or running a charity, I have spent most of my life working in horrible places, watching horrible people do horrible things. It has made me more than a little misanthropic. I admit, my low opinion of humanity makes me very poor company three drinks in.

This being the case, I am almost never surprised by the worst of the daily news. But in spite of this cynical armour, I was unprepared for this week’s UN Human Rights Office report on South Sudan. I had to set it down after only six pages, realizing every muscle in my body was clenched with horror.

After decades of Sudanese civil war, which killed almost a quarter of the population, South Sudan gained independence not quite five years ago, making it the world’s newest nation. In 2013, a political power struggle within the nascent government broke down into bloody communal and ethnic fighting that has left more than 100,000 dead and two million displaced.

The atrocities being committed by both sides are difficult to describe. The elderly have been burned alive in mosques and churches. Children have been enslaved and killed, often in the most gruesome ways. Women, in particular, have been targeted by deliberate campaigns of rape and murder. One witness explained, “If you looked young or good looking, about 10 men would rape the woman; the older women were raped by about seven to nine men.” The UN has documented gang rapes of girls as young as nine. And perhaps one of the most disturbing revelations is that soldiers were being rewarded with women and girls in lieu of wages.

I wish I could say that these war crimes are uniquely horrible. But the only thing new is our ability to quickly and accurately document and verify the carnage. Yet most people still do not realize that mass rape is one of mankind’s most chronic and pandemic afflictions.

Archaeological and genetic evidence shows that primitive tribes everywhere, including in Europe and North America, used sexual assault as a weapon of conquest. Cicero, explaining the traditions of war, was careful to include women among the property that can be lawfully seized and destroyed. As the Mongolian Empire rode across the steppes, it raped so many that now 1 in 200 men in the world are directly descended from Genghis Khan himself.

The modern era has been no less savage. During the Rape of Nanking, Japanese soldiers went door to door, sexually assaulting every woman found, before killing them. Even paying soldiers with rape is not new. There are documented cases of the Soviet military allowing its soldiers to rape and pillage as a form of R&R. Just 20 years ago Serbian soldiers set up “rape camps,” where Muslim women were only released once pregnant.

Remarkably, it was not until 1993 that the international community began to even recognize sexual assault as a war crime. The first person in history to be convicted of rape as a crime against humanity was only 15 years ago. But UN efforts to proscribe sexual violence have finally begun to gather speed. The Security Council has passed more than one resolution aimed at preventing sexual violence in conflict, there is a new UN agency focused on the issue, and (among his few successes) Secretary-General Ban Ki-moon has raised awareness of the scope of the problem.

Canada has also made some laudable efforts in recent years (although Global Affairs does a typically poor job bringing attention to this work). Following the Security Council resolutions, Canada established a detailed action plan for its diplomats, aid workers, soldiers, and police officers to protect women in conflict. Uncharacteristically, the plan even included indicators of success, something usually avoided, lest these be used to hold them accountable later on. This may be why the dense annual updates reveal genuine progress.

Sadly, none of this is going to help the girls and women in South Sudan. This report is proof enough that the resident UN peacekeeping mission is an utter failure. This mission even has the most robust Chapter VII mandate, giving it muscular powers to actively make peace, as opposed to passively keep it. But, for the most part, the best the UN can manage is to record the violence, not stop it.

The UN is an appallingly inadequate system for making the world a better place. But it is the only system we have. The Liberal government is right to re-engage, but only if they do so understanding the current reality of the UN falls far short of their Pearsonian fantasies. There is no point in joining the Security Council unless Canada is prepared to speak truth to the powers, to demand reform, and occasionally bang a shoe on the desk. If not for the sake of our own self-respect, for the sake of the women of South Sudan, and the unknown millions who continue to suffer because, after 71 years, the international community still hasn’t managed to make the UN work the way it should.