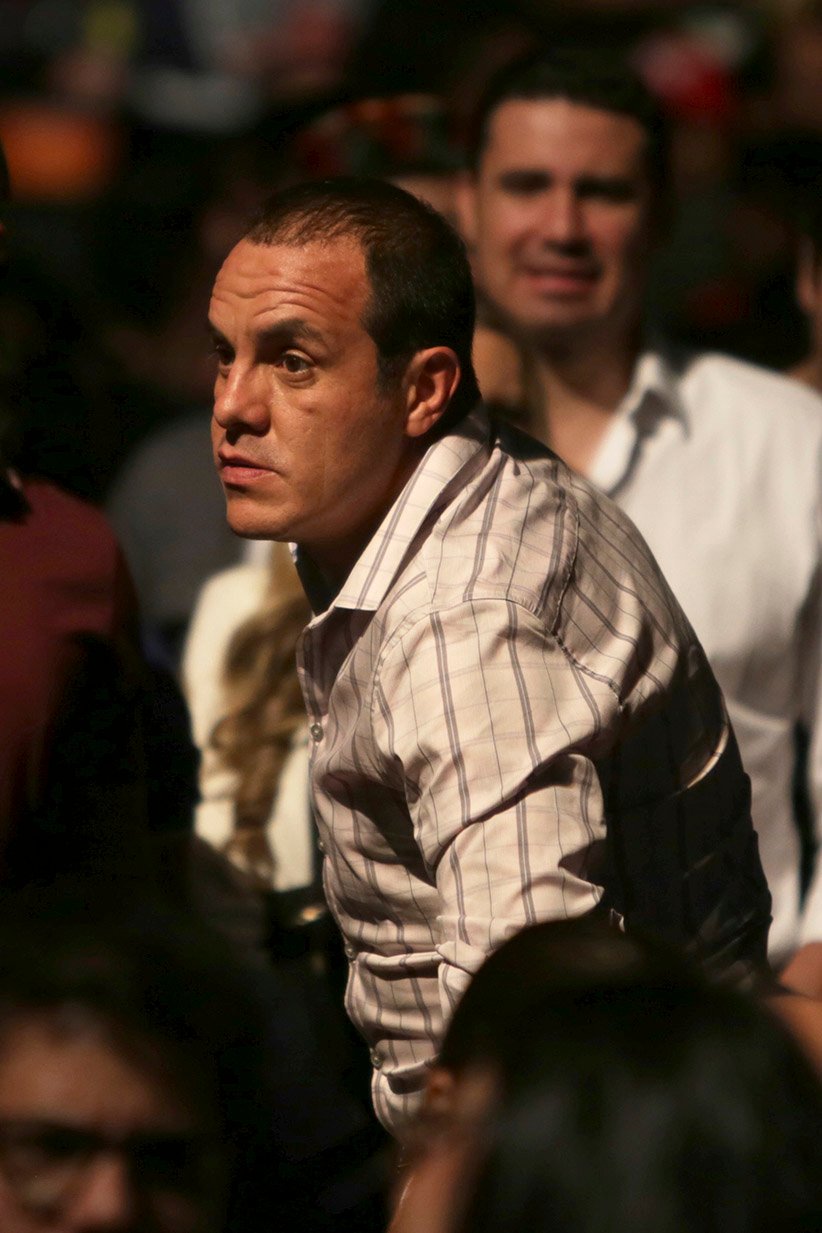 Gisela Mota, 33, took the oath of office on Jan. 1 in Temxico, Mexico, a troubled municipality about 80 km outside of Mexico City, where she promised to combat crime and corruption. Mota, who went about her business without bodyguards, was murdered the next morning as armed assailants burst into her home.

The Morelos state government says the killing was carried out by a drug cartel known as Los Rojos, which allegedly wanted to stop the implementation of a public security scheme known as mando único, or “single command.” The scheme puts all police in a state under a single commander, ostensibly to stop the infiltration of local forces by organized crime.

Mota’s death offered a painful reminder of the menace facing Mexican mayors—100 of whom have been killed over the past 10 years, according to her political party. The fallout was familiar, too, as políticos squabbled over power and security strategies in one of Mexico’s most insecure states. Mota had barely been buried before the crime became a political minefield.

Attention has now turned to a crass and controversial former footballer named Cuauhtémoc Blanco—known to his fans simply as Cuauh. He took office in Cuernavaca, a city next to Temxico, at the same time as Mota. He did so with 28 per cent of the vote, in spite of showing scant interest in the position or any passion for public policy or politics. Almost immediately, he announced the withdrawal of local police from the mando único, offering no explanation other than to say that locals didn’t like it.

Mayors themselves often don’t like the mando único, as it reduces their budgets and the ability to project power, analysts say. Politicians from all corners have generally shown only tepid support for it, especially when in opposition. But federal and state officials argue that it is a straightforward solution to what has become an urgent problem with corruption and crime in Mexico. President Enrique Peña Nieto proposed mando único after the kidnapping and presumed killing of 43 students in September 2014 in Iguala, 190 km south of Mexico City, in Guerrero state. That crime, which caused a national uproar and made headlines around the world, is believed to have been committed by a gang in concert with the local police. The former mayor of Iguala was arrested and charged with murder.

“It’s a kind of magic wand,” says Alejandro Hope, a security analyst and former Mexican intelligence ofﬁcial, about mando único. Whether it prevents police forces from being infiltrated is uncertain. Cartels, which increasingly dedicate themselves to kidnapping and extortion, see city halls and local tax and property rolls—not just corrupted police forces—as important for extending criminal empires. “If you’re keen on extorting the local economy, gaining control over it, this information is an important asset,” Hope says.

Blanco’s move to reject the mando único set off clashes with the governor of Morelos, Graco Ramírez, who unloaded on him via Twitter. Ramírez called Blanco “crass,” and said the new mayor threatened to “bust our heads.” He accused Blanco’s handlers of “wanting to take advantage of his inexperience so that criminal groups install themselves in Cuernavaca.” The governor also decreed the mando único into existence in all of Morelos’s municipalities, forgoing the need for agreements with local governments. Late last week, Blanco finally relented and the city said it would accept mando único.

Blanco denied Ramírez’s allegations and called himself “honourable.” It’s a description not often used for the former soccer player, who was notorious for boorish behaviour on and off the playing field. Blanco was often out of shape as a player, feuded with managers and flopped in an attempt at European club soccer. But he formed a fervent fan base, fond of his bad boy antics and an on-field move known as the Cuauhtemiña, in which he would put the ball between his feet and hop over defenders. “He never really changed his personality or way of speaking, even after he became famous,” says ESPN soccer journalist Tom Marshall. “Scandal and controversy seemed to follow Blanco’s career around, but there was no sense that he was repentant or would be changing his ways.”

In politics Blanco became an easy target with his aloof antics, such as going incommunicado after the June election and attempting to make himself an absentee mayor. “Me los chingué,” loosely translated, “I f–king won,” he told reporters on election night. It was vintage Cuauh, who went from playing soccer on the tough streets of the Tepito barrio in Mexico City—known for crime and contraband—to the face of the fabled Clúb América soccer team, which tells its detractors after every championship, “Hate me more.”

Blanco, who had no close ties to the city that he now oversees, ran for the small Social Democratic Party (PSD), which presumably recruited him to help it win enough votes to keep its registration and partake in the public subsidies showered on political parties. Allegations surfaced of a $640,000 payoff, something denied by Blanco and the PSD.

Cuernavaca was once famed for its idyllic climate and cobblestone streets and was popular with weekenders, expats and language school students. But it turned troublesome in the last decade as cartels started contesting Morelos state—an alleyway for running drugs from Acapulco to Mexico City. Corruption followed. The Canadian government deemed it dodgy enough to stop sending diplomats there to learn Spanish.

Politicians offered few solutions for the security woes and were often seen as either cowed by organized crime or complicit with it. That partly explains the outsider Blanco’s political ascent. Cuauh’s win “once again represents citizen fatigue with the political class,” says Fernando Dworak, independent political analyst in Mexico City. “His plans don’t go beyond warming a seat.”

Questions are already being raised about who really calls the shots in Cuernavaca. Blanco tried appointing a figure to the city government who would have had more powers than the mayor—effectively sidelining himself. A court struck down the attempt. Then he withdrew police from the mando único.

The governor stripped Cuernavaca police of their guns and radios in response and insisted the mando único had curbed crime in Cuernavaca. But Hope, citing data from the annual victimization survey by the country’s statistics service, says perceptions of crime have actually increased in Morelos since municipalities started putting their police in the mando único. Analysts also say state police forces (including some organized through the mando único scheme) perform little better than their municipal counterparts on victimization surveys. “In Morelos, both are perceived almost the same, as untrustworthy,” says Jorge Kawas, a security analyst. Still, “it’s likely we’ll be seeing more murders of local officials in the short term,” says Kawas, “especially in states and municipalities implementing the mando único.”