A hard right turn in India

He’s a politician with an authoritarian bent and a dark past. Is Narendra Modi just what India needs? 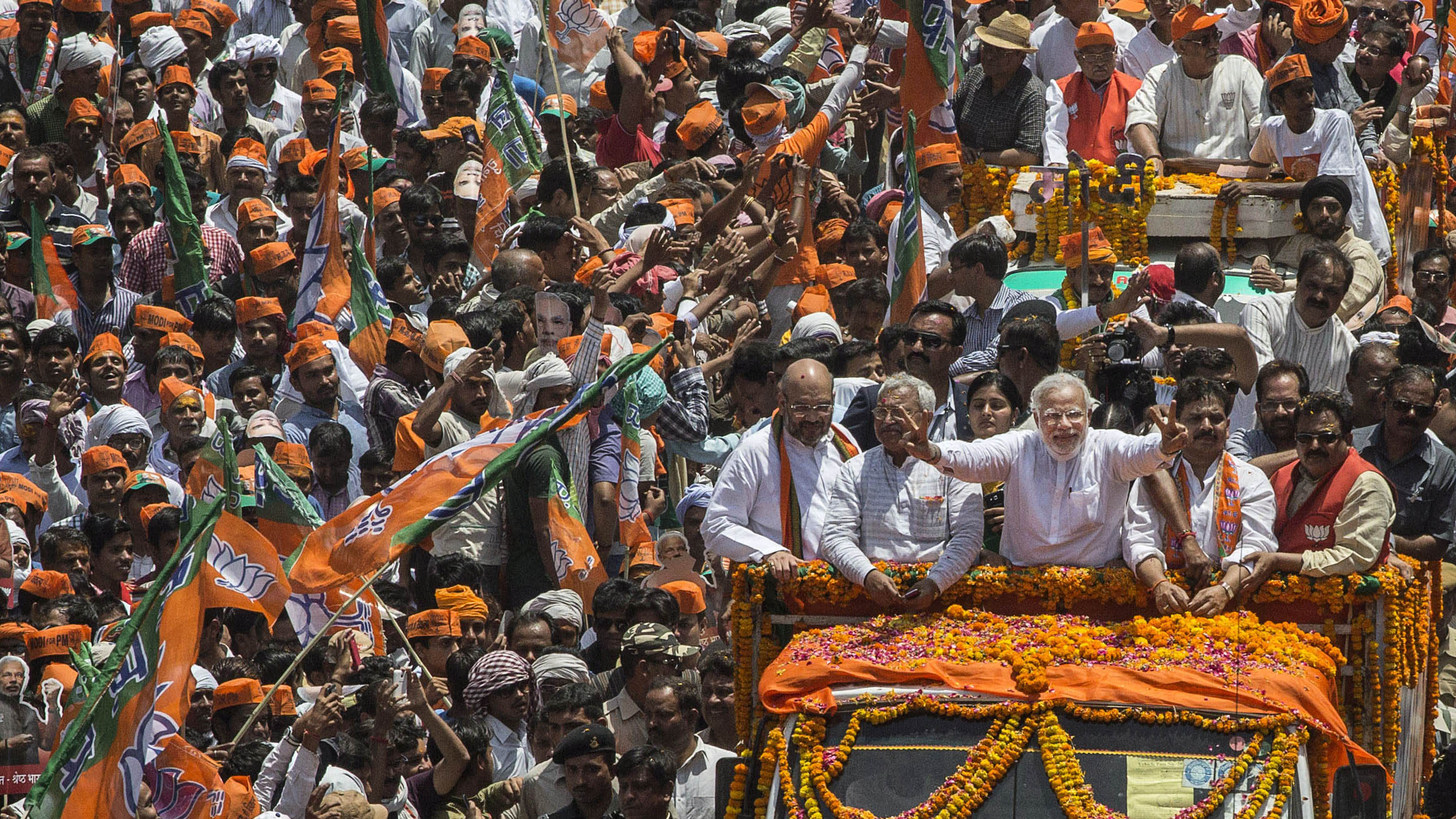 On May 16, 2014, Narendra Modi, 63, became India’s next prime minister. This feature on Modi, a Hindu from humble beginnings, was published earlier this month.

It seems to be a foregone conclusion in India that its future prime minister will be a man once unwelcome in many parts of the country, and even around the world. On May 12, 800 million Indians will have cast their vote in the world’s largest democracy. Current projections forecast a majority win for the right-wing Bharatiya Janata Party (BJP) and its leader, Narendra Modi. It has been India’s most polarizing election in recent history.

Modi, chief minister of India’s western state of Gujarat for the past 12 years, had been sidelined by his national party since 2002, after Hindu-Muslim riots in Gujarat left more than 1,000 people dead, most of them Muslims. Modi never accepted responsibility for the failure of police and government to respond to the atrocities, a criticism that made him an international pariah, and for which he was on the United States’ no-visa list. To this day, the majority of India’s Muslims fear the possibility of Modi as prime minister.

As the 2014 elections approached, however, the ambitious chief minister—who is known as a supreme self-marketer—managed to get himself appointed as the party’s prime ministerial candidate, winning over critics on the basis of his state’s booming economy and its ability to draw some of India’s biggest businesses, like car manufacturing giant Tata, with offerings of tax breaks and cheaper water for factories. Modi’s supporters believe the bearded and bespectacled 62-year-old has the right mix of pragmatism and authoritarianism (a word his critics also frequently use) to get jobs done in India’s complex and layered democracy.

There is little doubt that Modi—compared to his main rival, Rahul Gandhi of the Indian National Congress party—has run the most effective political campaign, stirring crowds at election rallies and even appearing through 3D holographic projections when he could not appear in person. The business community is supportive; he brings the promise of economic stability and efficient governance, especially in comparison to the Gandhi political dynasty, which has been plagued by corruption charges. Asked by an Indian television anchor about his support for Modi, a British MP recently said that his country had done more trade with Gujarat than the rest of India put together since Modi came to power. Many see a Modi-run government as one that will make India more accessible to the global business community.

Critics, however, believe that’s only half the picture. “I think there will be serious problems because he will undermine the rights of labour, of workers and of the general public,” says Indira Hirway, a professor of economics at the Center for Development Alternatives in Ahmedabad, the largest city in Gujarat. “Human development will not be a priority. Modi does not believe in institutions much. We do not even have a planning commission in Gujarat.”

Others believe Modi’s poor minority record will be a serious setback to India’s democracy credentials. The memory of the Gujarat riots remains a sore point. Some 26 economists, writers and artists—among them Salman Rushdie and Canadian filmmaker Deepa Mehta—penned a letter to the Guardian newspaper stating: “Were he to be elected prime minister, it would bode ill for India’s future as a country that cherishes the ideals of inclusion and protection for all its peoples and communities.”

Muslims, who make up just under 15 per cent of the country’s 1.2 billion population, have been a significant part of the conversation every election year. “In a first-past-the-post voting system, not getting the support of the country’s largest minority population and still being able to form a government is always a possibility, but it is definitely not desirable,” wrote Indrajit Rai, a journalist with the Times of India. “If you are carrying the baggage of history like Modi, then it becomes much more significant.”

It also presents a branding problem for India, says journalist Basharat Peer. “We are the biggest democracy; we are a multicultural country. If that is your sales pitch, you have to deliver on that. Either you don’t pretend, or you have a constitution that says you’re a Hindu country and you live with that.” Still darker fears lurk. “There will be questions of censorship, of civil rights and excesses of power. There will be constant allegations against neighbouring countries. That’s what happens when a country takes a right turn,” adds Peer.

The debate about Modi has continued to unfold on television and in newspapers in the final days of the election. Will Modi bring much-needed economic development? Will it be development for all, or is Modi’s India only for the rich and influential? Will he create a culturally divided India? Many of these questions will be answered only gradually, when a new government is in power. Much depends on how many of the 790 seats the BJP wins, and on whether Modi can indeed form a majority government, or if he will be forced into coalitions with other national parties.

What is clear is that it will be hard for Modi to replicate his Gujarat formula. “He will have plenty of pressures on him,” says Hirway. “In Gujarat he has been autocratic but in Delhi it will be difficult. He will have to change.” And so, it seems, will India.