'He has taught me to forgive, to be patient,' said a teacher in the crowd after midnight

Hundreds of people congregated outside Mandela’s former house in Soweto, a township beside Johannesburg, where the former president lived before being jailed for 27 years by South Africa’s apartheid regime.

In the early hours of the morning, people pushed past police tape cordoning off the street to sing and dance, a powerful South African celebration of life. Candles and bouquets of flowers were placed a the house, with single red roses scattered at the door. 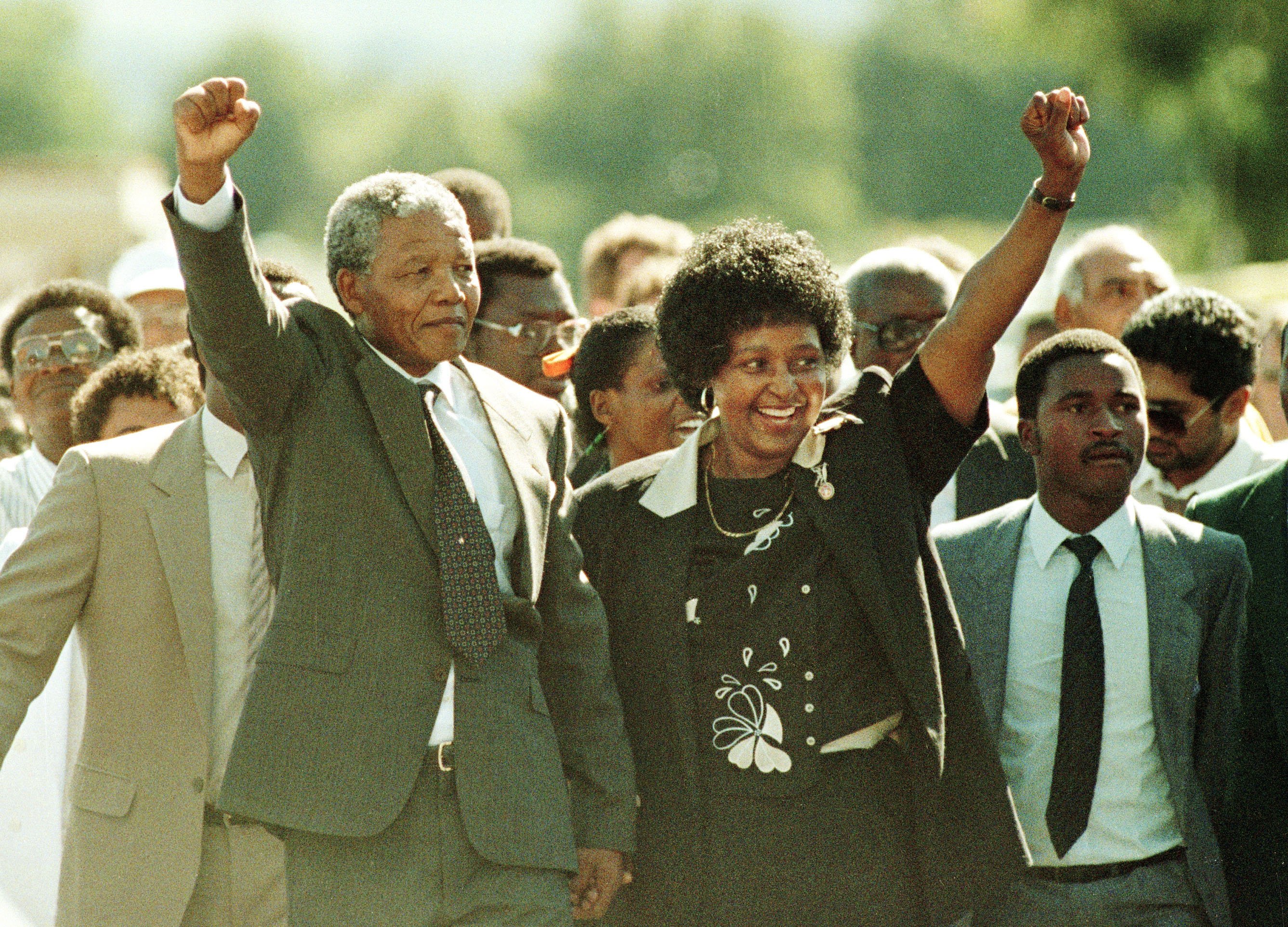 Though there was deep sadness at the death of the man many consider the father of the nation, the mood was more celebration than it was mourning. As supporters kept coming through the night—some draped in the South African flag and the green, yellow and black of Mandela’s African National Congress—the gathering became a determined, joyful celebration of all that Mandela stood for, all that he accomplished.

On an unseasonably cold and windy summer evening, the crowd began gathering on Vilekazi Street around midnight, singing, whistling and ululating along to melodic liberation songs. Most people had been sleeping, but when they heard the news they rose to pay their respects. Dobsonville Moipone Mocha, a 50-year-old teacher, woke up her 15-year-old daughter to experience the love South Africans have for Mandela. “By now the whole world is celebrating the old man,” said Mocha, “he has taught me to forgive, to be patient.”

Very few people were crying. “I don’t feel tired,” said Sifiso Mnisi, a 45-year-old salesman, who was dripping with sweat from dancing at 3 a.m. Friday morning. “I feel in high spirits,” he said. “In the next two hours I should go to work, but this—Mandela’s death—warrants I be here.”

Many of his countrymen were already in bed when President Jacob Zuma, dressed in black, announced the news of Mandela’s death. “He is now resting. He is now at peace,” Zuma said on national television. “Our nation has lost its greatest son. Our people have lost a father.”

For most, Mandela’s death was expected. The 95-year-old had been in critical care for the past few months. The scene in Soweto early Thursday morning recalled six months ago, when hundreds of people took to the streets in Pretoria, when it appeared Mandela was going to die. The statesmen was discharged from hospital, but it was clear Mandela wasn’t in good health, described only by the presidency as being “critical but stable.” In a way, his obviously poor condition prepared South Africa for the worst; even Mandela can’t live forever.

Jacob Letebele, a 29-year-old student at Wits University says the celebration must continue in order to honour the leader widely known here as Madiba. “You don’t sleep, you sing the whole night,” he says, “you sing songs of praise.”

Some people in the crowd took to questioning the progress South Africa has made since becoming a democracy and, in particular, how well the nation will survive after Mandela. “South Africa will cope but not that well,” says Lesedi Motloung, a 19-year-old student. “He’s our leader, our big leader in South Africa.”

In Pretoria, the country’s administrative capital an hour’s drive from Johannesburg, the mood was quiet. Security guards on the late shift in front of an ABSA bank in Hatfield, a student neighbourhood, were discussing Mandela’s death.

“We don’t know what’s going to happen,” says David Chauke, a 40-year-old security guard wearing a black uniform and standing with his arms crossed. “Today, tomorrow, we don’t know,” says Chauke. “It’s made by God where he is going and where we are going.”