On the hunt for Mexico's missing students 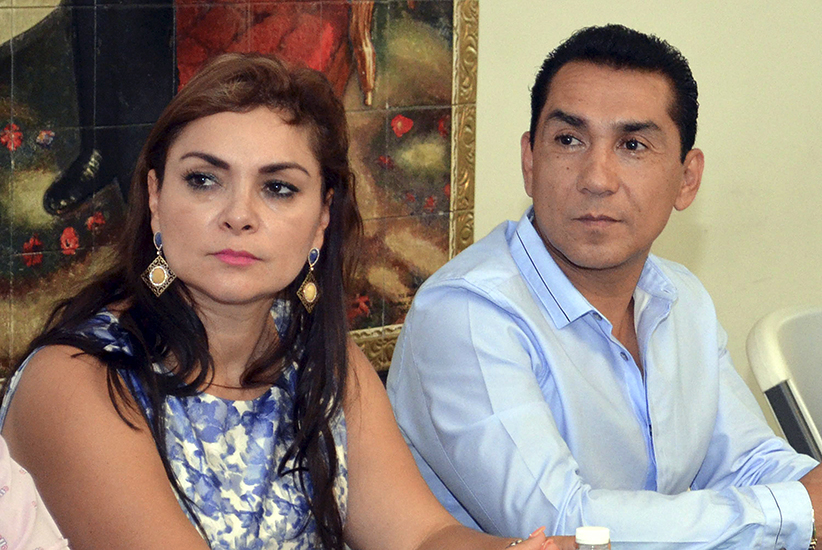 Luis Moctezuma, a fruit farmer from the Acapulco area, searches for suspicious signs on the ground. “When a body decomposes,” he says, “the ground sinks a little.” Moctezuma is among the hundreds of farm folk  clutching machetes and roaming the hills above Iguala, Mexico, searching for 43 missing students, who the authorities say were abducted by crooked police and handed over to organized crime in September.

Last month, Mexico’s attorney general, Jesús Murillo Karam, listed Iguala Mayor José Luis Abarca and his wife, María de los Ángeles Pineda, as suspects. This week, the couple was arrested in Mexico City. The pair were known to be at odds with the students, who trashed Iguala city hall last year after a prominent political organizer was kidnapped and killed in the municipality.

The farmers, who rip apart rock piles and dig deep into the soil with the tops of two-litre plastic Coca-Cola bottles in search of the students, are part of a self-styled community police force formed to fight drug cartels southeast of Acapulco. They say they’ve uncovered 17 suspected graves since the students went missing. It adds to the nine graves containing at least 28 charred bodies already discovered by state and federal officials.

None of the bodies have been identified as the students. But the discoveries offer shocking evidence of the scale of kidnappings and killings in some Mexican states—along with the infiltration of organized crime into local government. The attorney general’s office lists 22,322 cases in its missing persons’ registry. The country “is a clandestine grave,” commented activist priest Alejandro Solalinde.

More than 800 federal police and soldiers are searching for the students and securing the area, according to the attorney general. Murillo says the police in Iguala, and their counterparts in a nearby municipality, confessed to pulling over, shooting at and detaining the students (classmates say they were in the city to raise funds for a trip to the capital) before turning them over to a gang known as Guerreros Unidos. “I wouldn’t call these police, ‘Police,’ ” Murillo said. “I would call them hit men.”

His portrayal paints and unflattering profile of cartels colluding with cops and infiltrating the political system. Two of the Iguala mayor’s brothers-in-law belonged to the Beltrán Leyva Cartel and were killed in 2009, according to intelligence documents. Murillo says Guerreros Unidos gave the couple $250,000 monthly and paid the police another $41,000. Crimes and killings surged in Iguala in recent years, locals say. “We feel pretty stupid,” says Iguala cab driver Arturo García. “Everyone knew [the allegations against the mayor] and stayed silent.”

The army recently deposed 12 municipal governments in Guerrero state for alleged closeness with organized crime. Long called “El México Bronco” (or, the untamed Mexico), Guerrero unfolds to the south of Mexico City and incorporates the extremes of impoverished indigenous villages and the glitz and glamour of Acapulco.

The missing students hail from rural regions of the state and attended a teacher training college known for its left-wing views. Students there carry out regular protests over shrinking education budgets and lack of job guarantees for graduates. The protests often involve commandeering buses and blocking the Mexico City-Acapulco highway. They are now promising increased protests, having already torched the Guerrero governor’s office and Iguala city hall and taken over radio stations. Guerrero state legislators responded by calling for the closure of the teacher training college, branding it a “time bomb.”

The searchers, meanwhile, promise to keep combing the hills. “They can’t be far from here,” says Miguel Ángel Jiménez, a search team leader. “The narcos are a bunch of lazy fools.”