On the job with ‘Hillary’s angels’

No U.S. Secretary of state has travelled like Hillary Clinton does

No U.S. Secretary of state has travelled like Hillary Clinton does. As Barack Obama’s top diplomat, she clocked more than 354,000 km in 2010—enough to circle the globe nearly nine times. And as the woman who famously said she made “18 million cracks” in the “glass ceiling” during her 2008 bid for the Democratic presidential nomination, Clinton also travels with a highly trained security contingent that includes more than a dozen women.

They were chosen from thousands of applicants to personally guard the secretary as she trots the globe touting American interests. Writing in Elle magazine, Laura Blumenfeld dubbed them “Hillary’s Angels.” Given that they’re trained to fire guns upside down, run for miles on end and take people down in hand-to-hand combat, the handle seems entirely appropriate. 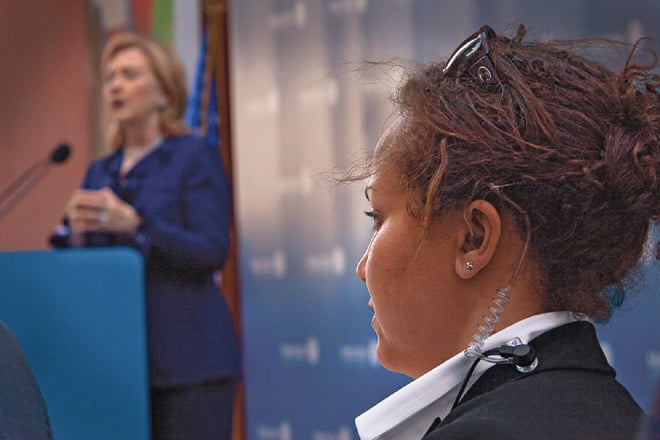 A member of Clinton's security detail keeps watch as the secretary of state speaks in the United Arab Emirates last January. 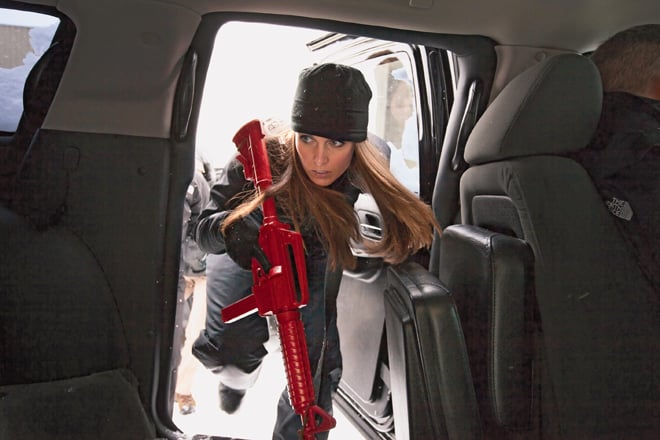 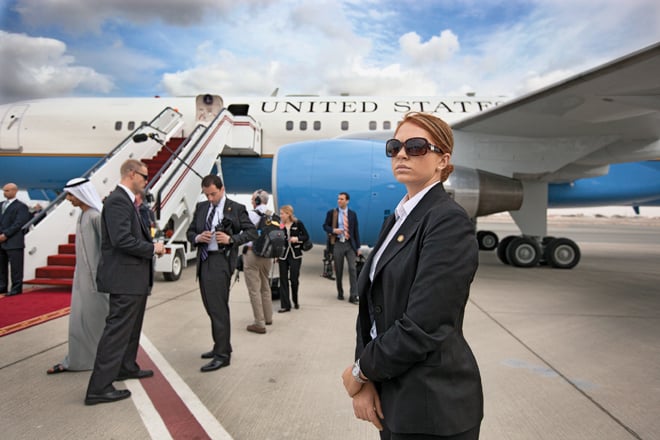 Brittany Cross on guard, also in the U.A.E. 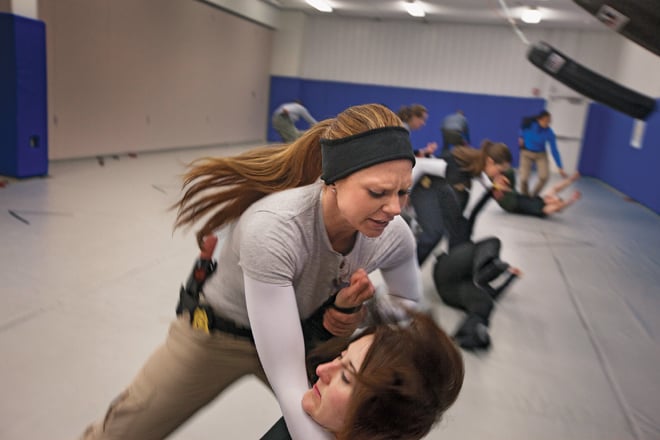 Cross and Stacey Berg in combat training at the Summit Point facility. 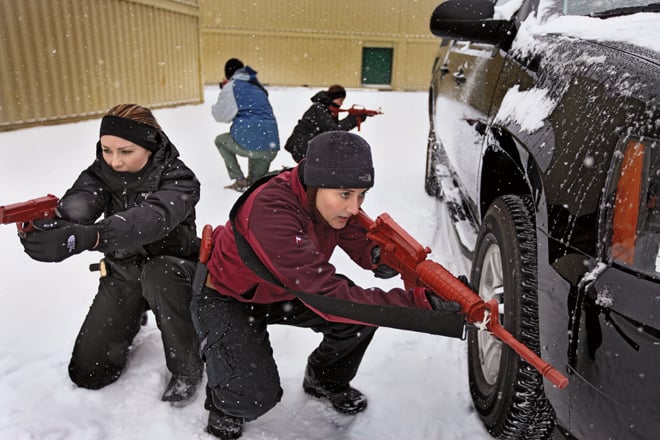