Maclean's archives: Anne Kingston on the disconnect between hero and headlines

This story, originally published Feb. 23, 2013, explores the place Pistorius holds in the public imagination, and the way media coverage has dehumanized Steenkamp while burnishing Pistorius’s legend. 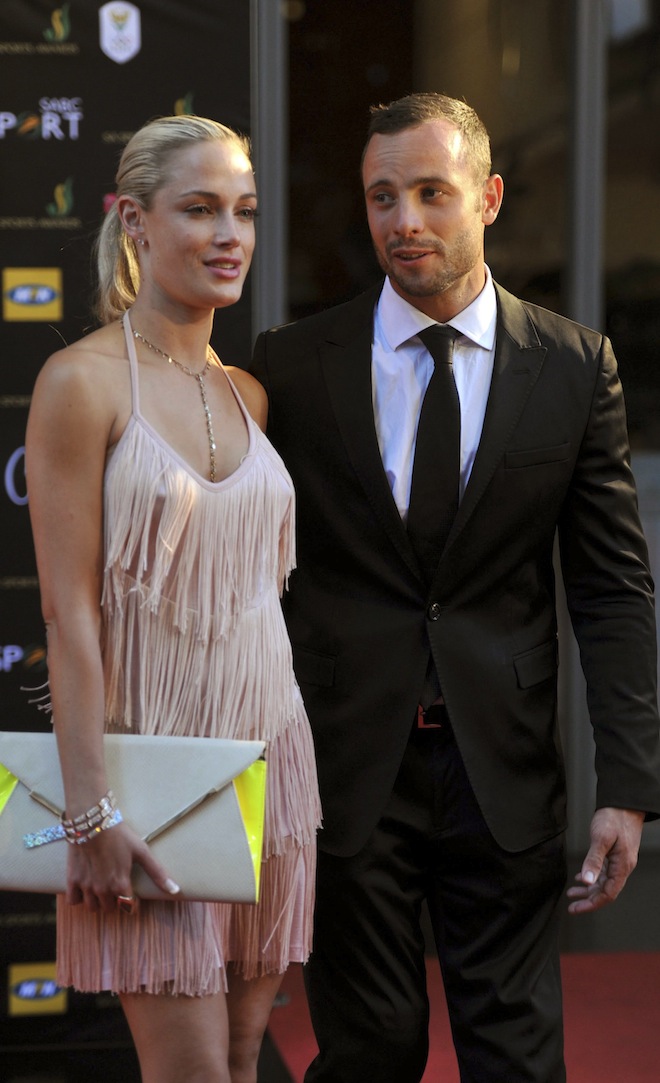 Celebrity logic—that distorted rationale that applies to the rich and famous— was on full display Friday when South African magistrate Desmond Nair ruled Oscar Pistorius, charged with premeditated murder, had not been proven to be a flight risk or to have a “propensity for violence” as he released the star athlete on bail of one-million rand ($110,079). Apparently the fact Pistorius fired four bullets into a bathroom door without warning and with intent to kill—be it an intruder (his version) or the model Reeva Steenkamp (the prosecution’s version)—doesn’t count as a “propensity for violence” or any sort of public threat.

Such is Pistorius’s blinding celebrity wattage that his history of alleged threatening, reckless behaviour rhymed off  at the hearing didn’t sway the judge either. But, then again, why would it? None ever amounted to more than allegations. In September 2009, Pistorius spent a night in custody being charged with assaulting 19-year-old Cassidy Taylor-Memory during a party at his house; he was accused of slamming a door on her, charges dropped due to lack of evidence. Last November he was  accused of threatening to assault a man in an altercation about a woman at a racetrack, and told another man that he would “break his legs.” Pistorius has a record of public gunplay as well: In January, he accidentally discharged a gun in a Johannesburg restaurant, then asked its owner, a friend, to take responsibility for the incident. More recently, he applied to increase his own gun arsenal by six, presumably to protect himself against the country’s infamous gun culture. A glowing 2012 New York Times profile, that referred to Pistorius  as “risk-taking” and “a little bit crazy,” quotes him saying he goes to the gun range when he can’t sleep.

Reports from the night of Steenkamp’s Valentine’s murder also have violent undertones, though again nothing has been proven. Neighbours allege they saw lights and heard fighting in the house, accounts disputed by the defence. The morning after the shooting, police spokeswoman Denise Beukes revealed there had “previously been incidents at the home of Mr. Pistorius—allegations of a domestic nature.” “Domestic” problems, clearly,  aren’t a “public” threat.  Beukes added the national hero would get “no special treatment whatever,” notwithstanding presumably the international press conference she was currently holding.

But claims that Pistorius’s vaunted status conferred special treatment are long-standing. In 2009, after he crashed his speedboat on the Vaal River, sustaining serious head injuries, the police investigated possible reckless and negligent behaviour on his part but decided not to prosecute. The Afrikaans-language newspaper Beeld reported police found empty bottles of alcohol on the boat, but didn’t test Pistorius for alcohol use. Shortly after, Pistorius stopped press photographers from taking pictures of a car accident in which a friend knocked over a pedestrian who died on the scene. Asked why they couldn’t, the athlete answered, “Because I am Oscar Pistorius,” according to Beeld.  Now questions have been raised about how Pistorius obtained a 2010 licence for the very handgun that killed Steenkamp, given his history with the law.

The answer is simple: He is Oscar Pistorius, an athlete who occupies a different plane in the public imagination than other revered sports icons—more than Lance Armstrong, more than Tiger Woods, more than OJ. He’s the Blade Runner, an supra-human character who awed and inspired—and replaced the pejorative “disabled” with “differently abled” when he participated in the Olympics medal in 2011. Thus the cognitive dissonance now, seen in this recent headlines this one, which refers to Pistorius as a former “seemingly perfect hero,” despite years of contradictory evidence.

That includes Pistorius’s famously bad behaviour after placing second to Brazilian Alan Fonteles Cardoso Oliveira in the T44 200m final at the 2012 London Paralympics, where he also won gold. He lashed out publicly, claiming Oliverira’s blades were too long and he’d cheated. At first, the IPC threatened to punish Pistorius. Then, after he apologized, they rewarded him by putting him on the shortlist for the Whang Youn Dai Achievement Award as a competitor ”who is fair, honest and is uncompromising in his or her values and prioritizes the promotion of the Paralympic Movement above personal recognition.” When a journalist questioned the IPC communications director about Pistorius’s being included, he was told: “Oscar had done so much for the Paralympic Movement in the build-up to these Games that he deserved to be there.” In other words, nobody wants actual behaviour to interfere with the legend.

Now that’s going to be tricky. Even judge Nair acknowledged major inconsistencies in the defence’s statement, a document Telegraph columnist Allison Pearson rightly refers to as having “more holes than a colander.” (The big questions:  Why did Steenkamp lock the bathroom door in middle of the night? Why didn’t Pistorius account or listen for her?) Pearson points out Pistorius’s first call was not to get help for a woman he claimed to “deeply love,” but to his spin doctor, Stuart Higgins, a well-known “crisis communications” expert.  His influence is evident on Pistorius’s revamped website, which presents the athlete and his family suffering foremost from Steenkamp’s death.

All will be on full display at the June “Oscar Pistorius murder trial,” a media descriptor that suggests he, and not Reeva Steenkamp, is the victim. Likewise “The Blade” and “The Blonde” narrative embraced by the press reframes the tragedy as a grotesque Disney cartoon: it dehumanizes Steenkamp while burnishing Pistorius’s legend.  It’s language you’d expect from the New York Post with its “Blade Slays Blonde” headline and cover photo of Steenkamp  in a bikini. But, as Leigh Ann Renzulli  observes, even respected news sources like Washington Post referred to Steenkamp as “a leggy blonde” after her death. More troubling is its descriptor of the murdered woman: “While known for her bikini-clad, vamping photo spreads, she tweeted messages urging women to stand up against rape.” The sentence speaks volumes about entrenched attitudes: it’s noteworthy that a woman who dresses provocatively would object to sexual assault. The Reeva Steenkamp murder case may have put the lens on South Africa as misogyny ground zero, but its coverage indicates no one is exempt. Whether that includes the beloved celebrity who killed her remains to be seen.