Photo essay: The inner lives of the rural Chinese, out of house and home 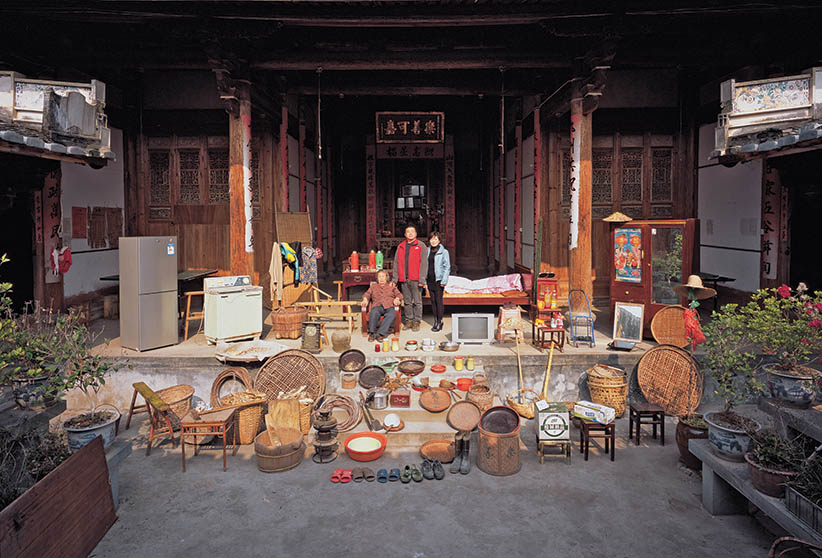 Ma Hongjie was raised in a modest 215-sq.-foot apartment in China. His family of four had one large bed, a small bed, a table and four chairs. In the late ’60s, the very first thing his father splurged on was a tube radio for 10 yuan, about 20 per cent of his monthly salary from a nearby factory. Almost a decade later, they got their first piece of new furniture, a large wardrobe. The family bought a TV in 1978 for the kids to watch one particular show, but Ma’s dad returned it after a month because they needed the money.

In China, what people keep inside their homes is often a mystery, even to their neighbours. “Most families are not willing to show their belongings and property,” says Ma, now 52. “I wanted to let Chinese people know what the common people have.”

Ma, a photo editor at Chinese National Geography, started the series when he visited a family living on the Yellow River in 2003 and asked if they could place all their belongings outside so he could take a photo. “They didn’t have a house,” says Ma through a translator. “They lived on a boat all year long.” Over the next 11 years, Ma—travelling from farms to cities to Tibet—photographed 44 more families for his recent book, The Family Belongings of Chinese People.

Still, finding wealthy subjects to photograph proved difficult. “I asked a man who ran a coal mine to show me his belongings, but he wouldn’t,” Ma says. “[He feared that] when I published how much stuff they have, maybe the government will discover him.”

When Ma revisited some families years later, he found that those living in cities had benefited from China’s recent economic boom, but little had changed for rural homeowners. They didn’t buy more stuff, Ma says. “They just kept to their old way of living.”