Canada was used as a gateway to the U.S. by Soviet bloc agents 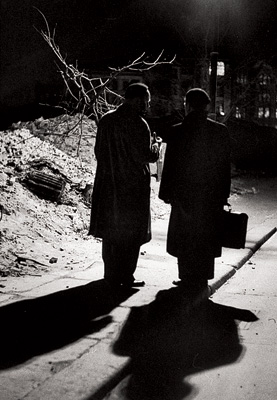 During the later stages of the Cold War, East German and other Soviet bloc spies developed a “fragmented and selective, but also very accurate” knowledge of Canadian intelligence services, according to two researchers who have mined the voluminous archives of the East German secret service, the Stasi. In an unpublished paper, Thomas Wegener Friis of the University of Southern Denmark and Helmut Müller-Enbergs, who works in the Stasi archives, say that East German spies also viewed Canada as an “operational spearhead”—meaning that while Canada was a valuable espionage target on its own, it was especially useful to Soviet bloc spies as a gateway to funnel agents into the United States.

Placing such an agent was a massive operation, for which the Stasi would budget 15 years or longer. The first step would involve settling an agent in Canada. In the early days of the Cold War, it might have been possible to construct an entirely new Canadian identity for such a spy, but as Canada’s ability to trace and spot false documents improved, it was more likely that a Soviet bloc agent would adopt the identity of a real Canadian who was living in Europe, often because he had fallen in love and moved in with a European woman. If the real Canadian was in East Germany, known as the German Democratic Republic, his travel rights, phone and mail could be cut off so he could not blow the agent’s cover by resurfacing in Canada. “The agent’s goal would then be to move to the United States and marry an American. Now he has real papers,” Müller-Enbergs said in an interview with Maclean’s. “His job would then be to infiltrate the military and political sphere.”

Before an agent could be given his new identity and smuggled into Canada, however, the Stasi needed to be sure he could pass himself off as a Canadian. One option was for the agent to play the role of a West German immigrant, who could not have been expected to know the ins and outs of Canadian society. But this was a well-known ruse and often raised suspicions in Canada. Instead, the East German Ministry for State Security sent agents to Canada to act as scouts by gathering what was dubbed “regime materials,” or information about everyday life in Canada.
Agent “Siegfried,” for example, filed 69 reports between 1981 and 1989 about everything from renting a house to collecting unemployment insurance. These details would form part of a potential agent’s training before he was dispatched to Canada. “The person would have to act exactly like a Canadian,” says Müller-Enbergs. “He would have to know the language and even the dialect. He would need to know what was taught in Canadian schools. That’s why an agent’s education was so complex.”

Much of the Stasi’s information on Canada didn’t come from its agents or informers in the country. In fact, the espionage unit within the East German Embassy in Ottawa was still in its start-up phase when the Soviet empire began to disintegrate. But the espionage unit within the German Democratic Republic’s Ministry for State Security received hundreds of reports on Canada from partner intelligence agencies, such as those of the Soviet Union, Bulgaria, Hungary, and Poland.

The German Democratic Republic also penetrated Canadian political and military circles through its agents in West Germany. As a member of NATO, Canada shared a lot of sensitive material with its West German ally, whose government was infiltrated by East German spies. An agent known by the codenames “Katja” and “Gerald” worked in West Germany’s foreign office and filed some 37 reports on Canada during the 1970s and ’80s, including what positions Canada took at NATO summit meetings, what the Chinese foreign minister spoke about during a visit to Canada, and how the Canadian government viewed Soviet leader Mikhail Gorbachev.

Canadian intelligence agencies, including the Canadian Security Intelligence Service, were a predictable focus of East German espionage efforts. While there is no evidence that its agents were able to penetrate CSIS, which was created in 1984, the German Democratic Republic learned much about Canada’s intelligence agencies through an agent in West Germany and from allied Soviet and Polish spies. This information included the names of suspected Canadian agents as well as reports on the “internal workings” of CSIS.

The Stasi archives stretch some 180 km, and there is much more within them waiting to be exposed for the first time. Knowing where to look is a challenge. Friis and Müller-Enbergs are particularly anxious to get their hands on index cards with numerical codes that reveal the identities of East German agents and informers in Canada. These ended up in the hands of the CIA and, Friis and Müller-Enbergs presume, CSIS. With these codes, the researchers would know where to dig in the Stasi archives to discover the full extent of East German espionage in Canada. There could be a much bigger picture to be revealed. Müller-Enbergs says that his entire world, “in the morning, in the day, and in the evening,” is consumed by spies. And he’s only uncovered a fraction of the story.