When the Taliban fell after 9/11, Afghanistan entered a period of hope. For Essazada, it feels as if the Taliban have won again. 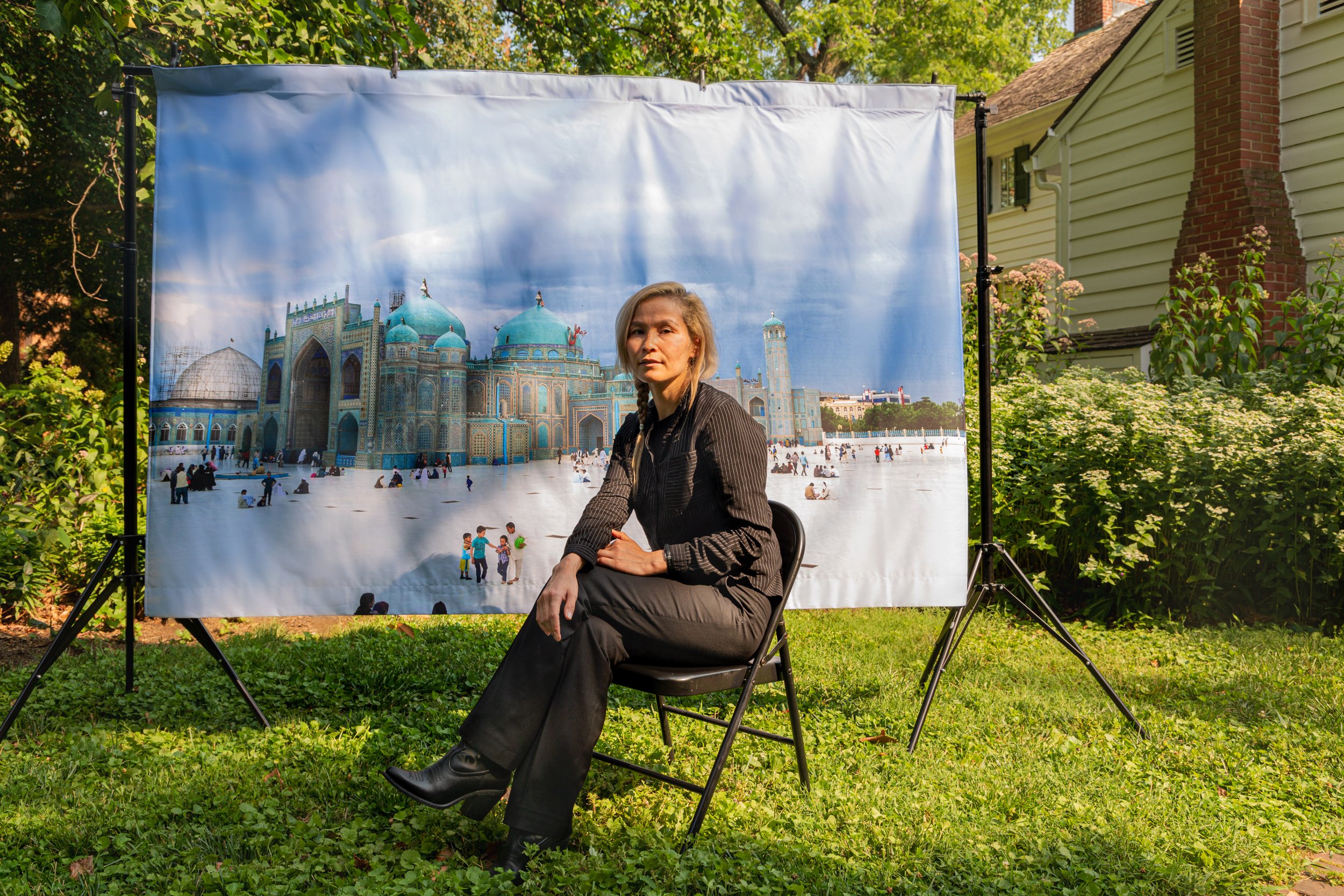 Two decades ago, as a five-year-old in Mazar-e-Sharif, the future was a universe of possibilities for Hadia Essazada. There were no Taliban, apart from the stories she heard from her family. For a child, she recalls, the shadowy group of bearded religious extremists didn’t seem real; they were like monsters in a nightmare world that existed in her parents’ imagination.

For her, the world was very different: there was school to go to and friends to play with, though the landscape around her was still pockmarked with the remnants of war. But that was changing, too. The constant rumbling of construction equipment in her city hinted at the smooth roads to come, like glistening rivers cutting through the shiny new buildings that seemed to appear every day, almost out of nowhere.

Essazada belongs to Afghanistan’s post-9/11 generation, a cohort of educated young people who have come of age since the fall of the Taliban regime. It was a period of hope, when tens of thousands of young people went back to school, when money poured into the country and new universities opened; people like Essazada—bright and determined—were finally given the opportunity to shine. Today, those same people are fleeing Afghanistan.

MORE: After 9/11, Brennan Basnicki is living his father’s legacy

Essazada is particularly vulnerable. After graduating from a private university in 2018 with a degree in business management and accounting, she developed a love for debating and in March 2019 was nominated secretary-general of the Pamir International Model United Nations (PIMUN) at a ceremony at the Canadian Embassy in Kabul. With the help of foreign embassies, including Canada’s, she was elevated as a prominent activist for women’s rights in Afghanistan, travelling throughout Europe with PIMUN and speaking out against the Taliban on social media.

In November 2020, Essazada began receiving threatening phone calls from a man claiming to be a representative of the Taliban. He told her to put on a headscarf and stop speaking against the group. The pattern was familiar. Essazada had already lost two friends to a rash of targeted killings sweeping through the activist community. On Christmas Eve last year, she arrived in Washington, travelling on a visa she had received through her work for PIMUN. She travelled to a Canada-U.S. border crossing to meet up with two Afghan friends who had said they would help her claim asylum in Canada.

Her attempt failed due to the Safe Third Country Agreement. Now at an undisclosed location in the U.S., with an ankle bracelet and 24-hour surveillance through her cellphone, Essazada finds herself in the same situation millions of Afghans were in during the 1980s and 1990s—in exile and uncertain of what the future holds. History has come full circle. Afghan women tasted independence in the 1960s and 1970s before the Soviet invasion pushed them to the margins and the Taliban’s victory in the 1990s pushed them deep into the shadows.

MORE: An incomplete mission: For Chris Nobrega, no wars were won after 9/11

They struggled their way back after the fall of the Taliban regime, but now it feels as if the Taliban have won again.

“The war in Afghanistan was always about us,” Essazada says, “about the next generation that would rebuild our country. The U.S., and Europe and Canada went there to fight for us. Now, the U.S. and European countries and Canada are all gone. The Taliban are still there and they are killing us. They’re silencing us and forcing us to leave the country. So who do you think won this war?”