Turkey's election will be a pivotal, possibly dangerous moment for a country with big ambitions and an increasingly authoritarian leader 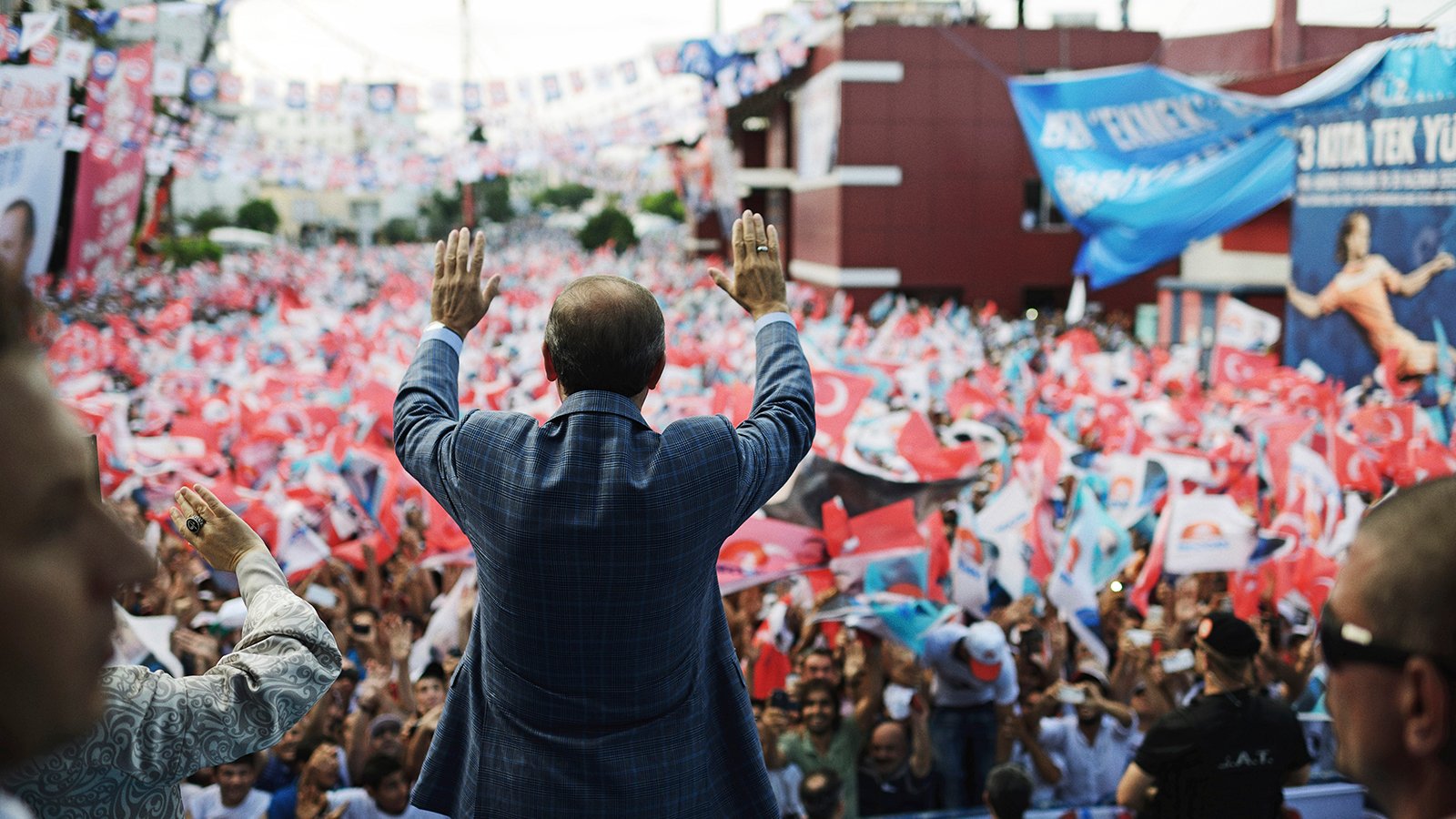 On the scale of modern day commemorations, the May 30 celebrations marking the 562nd anniversary of the conquest of Istanbul by Ottoman Turks was truly epic. Crowds estimated in the hundreds of thousands converged on an open field on the outskirts of the city, where they were treated to jet planes streaking overhead, trailing red and white smoke, the colours of the Turkish flag. An Ottoman-era marching band led a 478-member honour guard, dressed in traditional Ottoman uniforms, in a strut past a stage that would make a U2 concert look like little more than a backyard jam.

The event, organized by Turkey’s ruling Justice and Development Party (AK Party) was carefully scripted to project an image of strength and power, both past and present. Posters depicting Turkish President Recep Tayyip Erdogan roared in bold letters: “Yeniden dirilis, yeniden yukselis” meaning “Resurrection again, rising again.” AK Party luminaries took to the stage to invoke the greatness of the Ottomans, a legacy they promised the New Turkey would revive under the leadership of the Great Leader Erdogan.

For outsiders, the audacious display might seem over the top. But in Turkey, it’s fast becoming the norm. Over the past weeks, Turks around the country have been treated to displays of pomp that at times feel comic, at others narcissistic. On May 29, Istanbul’s municipal workers, dressed in Ottoman garb, pulled replicas of the 15th-century galleys used during the siege of Istanbul through rush-hour traffic. At a Jan. 12 welcoming ceremony for Palestinian President Mahmoud Abbas, Erdogan walked down the steps of his newly built 1,000-room presidential palace flanked by more than a dozen Ottoman soldiers from various eras of the empire.

The rampant theatricality does have an endgame: on June 7, Turks go to the polls in what will arguably be the most important election in recent memory. At stake is everything from the form of democracy Turkey will practise to how it will deal with its neighbours.

The consequences could be far-reaching. Turkey’s political landscape is at its most divisive. At the forefront in the race to Ankara, the Turkish capital, is the Islamist-leaning AK Party, which has dominated Turkish politics for more than a decade. A distant second is the staunchly secular Republican People’s Party (CHP), the party established by modern Turkey’s founder, Mustafa Kemal Ataturk, followed by the right-wing Nationalist Movement Party (MHP), and lastly the upstart Kurdish Democratic Peoples’ Party (HDP).

Casting a long shadow over the fray is Erdogan himself, the two-time prime minister, now president, who is constitutionally mandated to remain above party politics but has openly backed the AK Party, which he established in 2001.

For Erdogan, this election represents a chance to take his reform of Turkish politics to another level. If his AK Party wins a three-fifths supermajority of seats in parliament, it will be in a position to rewrite the constitution, transforming Turkey from a parliamentary democracy to a presidency. His grip on power would be assured and most experts agree he would use that power to expand his project of reclaiming Turkey’s historical role as leader of the world’s Sunni Muslims.

“This is where the Ottoman symbolism is important,” says Mehmet O. Alkan, professor of political history at Istanbul University. “Erdogan, like the Ottomans before him, sees Turkey as the vanguard of Sunni Muslims from the Caucusus to the Middle East and North Africa. Re-establishing Turkish dominance over Sunni Islam is the backbone of his foreign policy.”

Like many Turkish intellectuals, Alkan concedes that an expanding role for Turkey regionally is not necessarily a bad thing. The problem, he says, is Erdogan.

The increasingly authoritarian leader has proven that he is unwilling to compromise or work with the international community on issues of global importance. Turkey’s alleged role in arming Sunni radicals in Syria, its divisive attitude toward Kurds and uncritical support for Islamist movements in the Middle East reeks of Ottoman hubris, Alkan says.

But an AK Party sweep is not guaranteed. Polls suggest that its support is waning. The HDP, originally a single-issue party focused on obtaining political and cultural rights for Turkey’s minority Kurds, has blossomed in recent months into a national movement that could play spoiler to AK Party aspirations.

Its fortunes, however, hang by a thread. According to a controversial rule in Turkey’s electoral process, any party contesting elections that does not receive 10 per cent of the national vote loses any seats it has won. Those seats are then awarded to the second-place party, which in most areas where the HDP is popular would be the AK Party. Polls indicate HDP’s current support at around 11 to 12 per cent.

“If there is no serious election fraud, we will reach the threshold,” says Cesim Soylu, co-president of the HDP in Istanbul. “But because things are so close, we believe there is a high possibility of fraud. We are worried.”

Indeed, supporters of the party, speaking anonymously to Maclean’s, have indicated that they will not take an election defeat sitting down. A failure to reach the 10 per cent mark will indicate a fix, they say, and that will mean more protests. Whatever the outcome, Turkey is approaching a pivotal moment in its modern history. And it will not be the same on June 8.