In its bid to control the Black Sea, Russia is turning up the heat on Turkey—and luring its visitors to Crimea 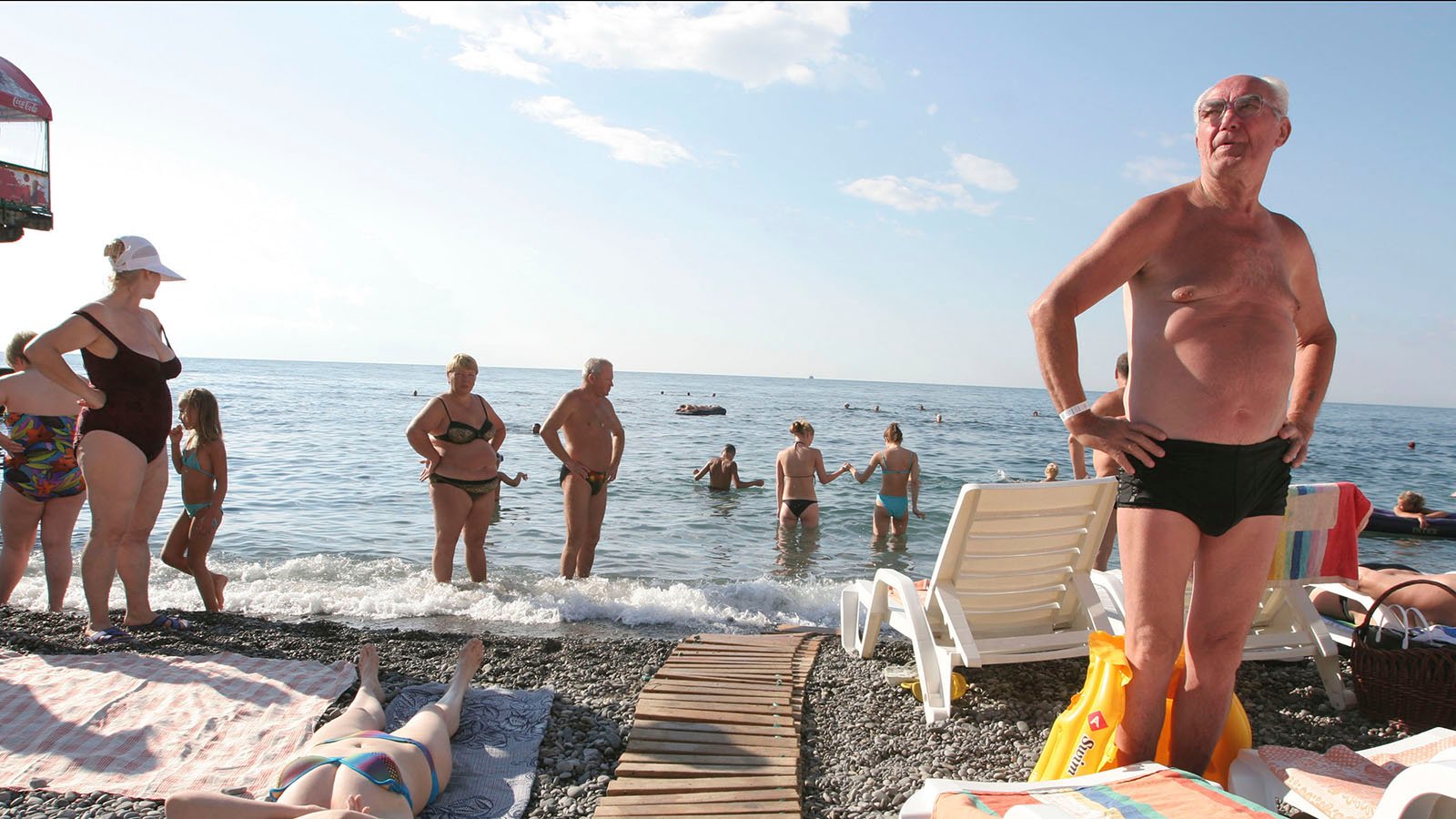 Russian television viewers were treated to a curious appeal recently: “Go to Crimea rather than Antalya ,” a state-owned TV channel advised viewers in a news bulletin last month. “Both the prices and the climate are better in Crimea.”

It was, by all accounts, an innocuous request, if somewhat misleading. Antalya, a resort region on the Mediterranean in Turkey, enjoys a gentle climate compared to the Crimea’s stormy Black Sea coastline. Its calm blue waters, verdant mountains and idyllic beaches have been a draw for humans for thousands of years. (Akdeniz, the Turkish name for the Mediterranean Sea, means White Sea.) The Greeks and the Romans made Antalya their playground; Russians continue to do so today.

Crimea, meanwhile—annexed by Russia last February—is an area the Greeks once considered inhabited by a wild and ungovernable people. The Black Sea has a sometimes deadly shoreline, and its waters are colder and darker than the Mediterranean (hence its menacing name).

During a conference at Antalya International University in May, Russia’s travel advice set off an interesting debate among academics and political analysts, namely, “What are the Russians up to?”

“It seems to me like Russia was trying to send a message to Turkey,” says Tarik Oguzlu, director of the Center for Social, Political and Economic Research at the university and organizer of the conference. “ ‘If you won’t support us in Crimea, we will find a way to hurt you,’ they might be saying. It could be a form of blackmail.” Turkey’s ambivalence to the Ukrainian crisis, during which that country’s Russia-friendly president Viktor Yanukovych was ousted and fled Kyiv, was worrisome to the Russians, Oguzlu adds.

Turkey has for decades played the spoiler in Russia’s regional ambitions, dating back to the beginning of the Cold War. At that time, the Soviet Union wanted joint control of the Bosphorus and Dardanelles straits, which connect the Black Sea to the Mediterranean and serve as Russia’s military and economic lifelines. Turkey controlled both. In 1947, the Soviets threatened military action, prompting the Turks to take sides in favour of the U.S. The Cold War began and, five years later, Turkey joined NATO.

Russia’s recent manoeuvrings look suspiciously like a return to those old days of Soviet power politics. The invasion of Crimea, where the Russians maintain a large naval contingent, as well as the potential breakup of eastern Ukraine, means Russia is on the path to regaining control of nearly as much of the Black Sea coast as it controlled during the Soviet era. Now, the central issue is once again the Bosphorus and the Dardanelles, without which Black Sea domination is meaningless. “Like the pre-Cold War era, [Turkey] finds itself caught between two allies: the West and Russia,” says Oguzlu.

In practical terms, Turkey has so far remained neutral over the crisis in Ukraine, allowing both Russian and Ukrainian warships to cross through its straits into the Black Sea. But it is under intense pressure from both sides to use its control of the waterways to tip the advantage.

The key consideration for Turkish leaders is economics: The current trade volume with Russia stands at around US$40 billion a year, and new deals inked between the Black Sea neighbours will up that to US$100 billion by 2023. Turkey also relies on Russia for 50 per cent of its natural gas imports and has signed a deal with a state-owned Russian company to build its first nuclear power plant. On the other side is NATO, the U.S., and the EU, which Turkey has long sought to join. Each represents key strategic relationships for Turkey.

All of this places Turkey in an extremely delicate position. Some of the ruling Justice and Development Party’s (AKP) key foreign-policy positions, particularly over the Syrian war, clash with those of Russia’s. Its reputation among Western allies, Germany, for example, hangs by a thread following tit-for-tat criticisms over the AKP’s response to violent street protests against what many Turks say is the party’s increasingly authoritarian rule. To add to its troubles, corruption scandals have implicated the topmost echelons of the ruling elite, including Prime Minister Recep Tayyip Erdogan himself. Challenging Russia now, or siding with it at the expense of relations with Europe and the U.S., would be disastrous.

Russia has also supported the AKP in its power struggle against the Gülen movement, a worldwide network of Muslims led by Pennsylvania-based cleric Fethullah Gülen, which is reported to have deep roots in Turkey’s police and judiciary and is, according to Erdogan, “a ring of treachery” working to destabilize and, ultimately, collapse the AKP government. Russia began closing down Gülen-run schools on its territory in 2007, starting in St. Petersburg.

So far, Turkey has managed to maintain a fine balance. While many Western nations, including Canada, have imposed targeted sanctions on the Russian government, Turkey has a business-as-usual attitude with its Russian counterparts. But it has also publicly joined its Western allies in condemning Russia’s Ukrainian intervention. Its foreign minister, Ahmet Davutoglu, on an official visit to Russia in May, warned that “a revival of Cold War behaviours in the world and, specifically, in the Black Sea basin, would not serve any country’s interest.”

It is a dangerous game that Turkey is playing, trying to “muddle its way through” an extremely volatile situation, Oguzlu says. That is the curse of a nation situated at the pivot point of the emerging new world order—a place where something as seemingly innocent as tourism is fraught with meaning.