The U.S. is finally waking up to the fact that it has been turned into a subordinate ally to Russia, thanks to Putin and Trump 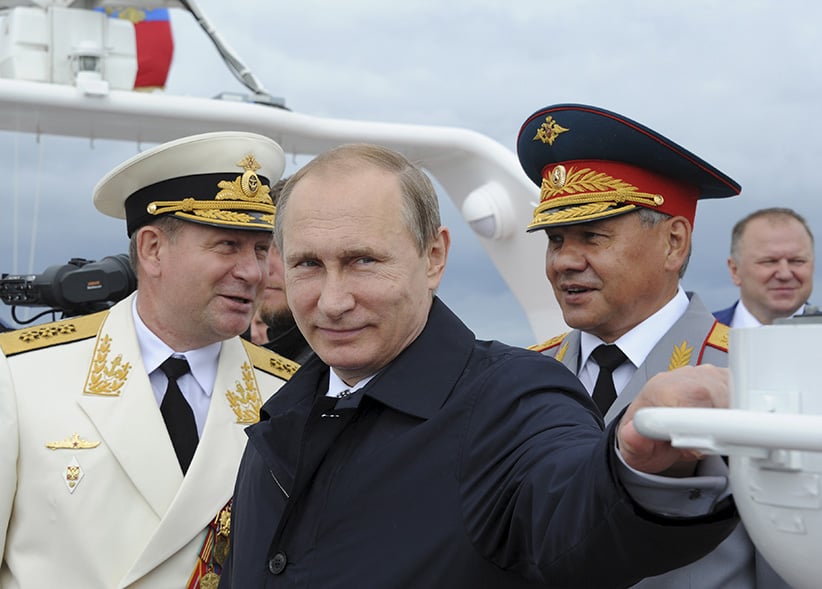 Some of the most important moments in history happen fast, like a flash of lightning. A tank crosses a border or a prince is assassinated and everyone knows the world has changed, even before the sound of thunder rolls over them.

Other epochal shifts are more subtle and incremental. In 18th-century England, very few people would have known what a Spinning Jenny was, and fewer still would recognize what the automation of weaving meant for the world.

For the last two years we have been living through one of those less obvious historic transformations. It didn’t happen all at once, it’s still not over, and even now we can’t say how deep or far it will go. But it happened, moment by moment, until we woke up in a cold day in December and realized that Moscow had effectively installed the next president of the United States.

That sounds hyperbolic, doesn’t it? Even writing it I have to pause and stare at that sentence. But these are the facts: The CIA and over a dozen other U.S. intelligence agencies have concluded Russia hacked into both the Republican and Democratic party computers. Senior Russian officials have admitted that they leaked the Democratic data to WikiLeaks. Those emails were then strategically published over the course of the presidential campaign. Why? A member of the House Intelligence Committee states there is “overwhelming evidence” Russia’s goal was to elect Donald Trump.

‘TRUMPUTIN’: The disturbing parallels between Donald Trump and Vladimir Putin

The result of Putin’s intervention in the American election cannot be downplayed. If Hillary Clinton had garnered just 107,000 more votes in Pennsylvania, Wisconsin and Michigan, this would have given her the Electoral College and the White House. According to pollster Nate Silver, the Russian intervention contributed to eroding up to three per cent of the swing-state vote from Clinton. That small margin was all it took to decide the election.

By any definition of the word, this may be Russia’s greatest coup since Sputnik. It was a spectacular success—it toppled one political candidate in order to place Moscow’s man in the White House—and no matter what happens next, it has dealt a damaging blow to America and its political institutions.

And there can be no doubt that Trump is Moscow’s man. Throughout the campaign, his pro-Russian policies were his only inflexibly consistent proposals. After winning the Republican nomination, his team asked for only one change to the entire party platform—removing support for Ukraine in its fight against Russia, contradicting almost the whole Republican foreign policy establishment.

On the campaign trail Trump inexplicably defended Putin at every turn, even when it would seem to undermine his own political chances. Once elected, Trump quickly brought back Paul Manafort, his former campaign chair who had been forced to resign after public concerns about his close ties to Russian oligarchs. His pick for National Security Adviser, Gen. Michael Flynn, is a former contributor to the Russian state propaganda network RT, openly admires Putin, and joined him at a gala dinner last year. Flynn is being paired with a deputy who once said “Vladimir Putin is the one who really deserves that Nobel Peace Prize.” And, topping all of this, Trump’s likely Secretary of State nominee, Rex Tillerson, has been described as the closest American to Putin. As the CEO of Exxon Mobil he tirelessly campaigned to remove Russian sanctions, and last year he was awarded one of that country’s highest civilian honours for his efforts in promoting Russian interests.

How did we get here? Habituation. Every paragraph in this column would have been laughably unbelievable 18 months ago. Putin interfering in the U.S. election? President Trump? A pro-Russian administration? But when this slowly unfolded, day by day, and inch by inch, we gradually became de-sensitized to the change that Trump has brought to America: campaigning on lies, turning America’s foreign policy on its head, and making the United States a subordinate ally to Russia.

I have a sense that Americans are only now beginning to realize what has happened. Even leading Republicans are demanding to know what is going on. But unless something even more extraordinary occurs in the next few weeks, Russia’s American coup has already succeeded. No matter what happens next, the United States, its institutions, its place in the world, all have been left dangerously weakened, fractured, diminished.

European leaders are openly questioning America’s role in NATO. Beijing is flying nuclear bombers over the South China Sea. Russian and Syrian troops are retaking Aleppo from the rebels. That’s the sound of thunder in the distance; the world has changed.