Image of the Week: As Texans faced a crisis, their senator packed up and flew off to Cancun 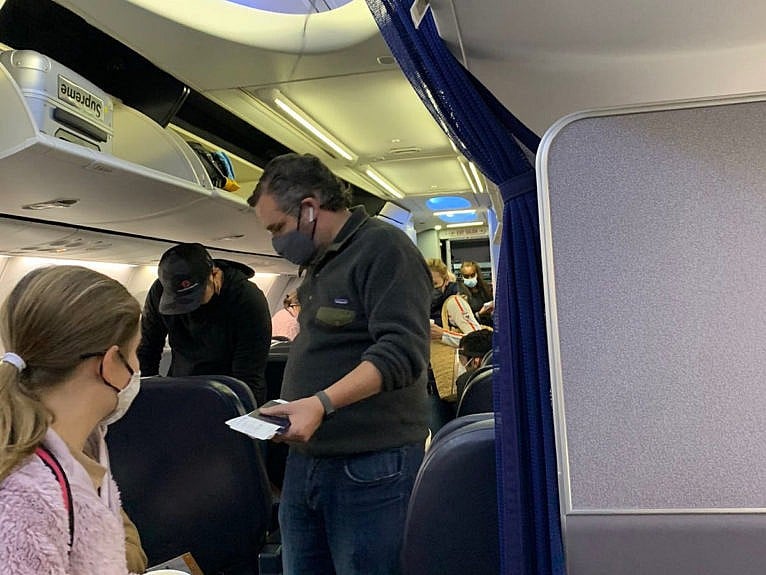 It was not a good look, in December, when dozens of Canadian political figures flew off to warmer climes, after government leaders implored Canadians to stay at home. But at least Canada wasn’t stricken by the chaos of a lethal blizzard that left millions of residents without running water, glazed roads with deadly ice, killed more than two dozen people, forced electric utilities to ration service, drove people to hoard food and burn their own furniture for heat, and cancelled flights. Well, most flights, anyway. The worst of the storm’s fallout was felt on Monday; by Wednesday, some flights to Cancun were back on, even as many Texans still struggled without heat or power. Ted Cruz, the Canadian-born Republican senator from the state, hopped onto one of those flights, where he was soon spotted by eagle-eyed tweeters. According to a statement by Cruz, he did so because his two daughters had “asked to take a trip” with friends. “Wanting to be a good dad,” the statement went on, “I flew down with them and am flying back this afternoon.” Setting aside how suspiciously hefty his luggage seemed for a single night abroad—and ignoring reports sourced to United Airlines confirming that Cruz bumped up his return flight from Saturday to Thursday morning—defences of Cruz’s mini-vacation were weakly nihilistic. What good Cruz can do in Texas, anyway, they asked. He can’t restore power. He isn’t the governor. Why can’t the man enjoy himself? Neither the answers to these questions, nor the blind partisanship behind them, are the point. The point is that elected leaders set examples. During turbulent times—say, for example, a natural disaster bundled into a pandemic during an economic crisis—nobody in power should be flying off to Cancun. Mexico will still be there in a year. Votes for Ted Cruz, on the other hand, may not.