Behind the great firewall of China 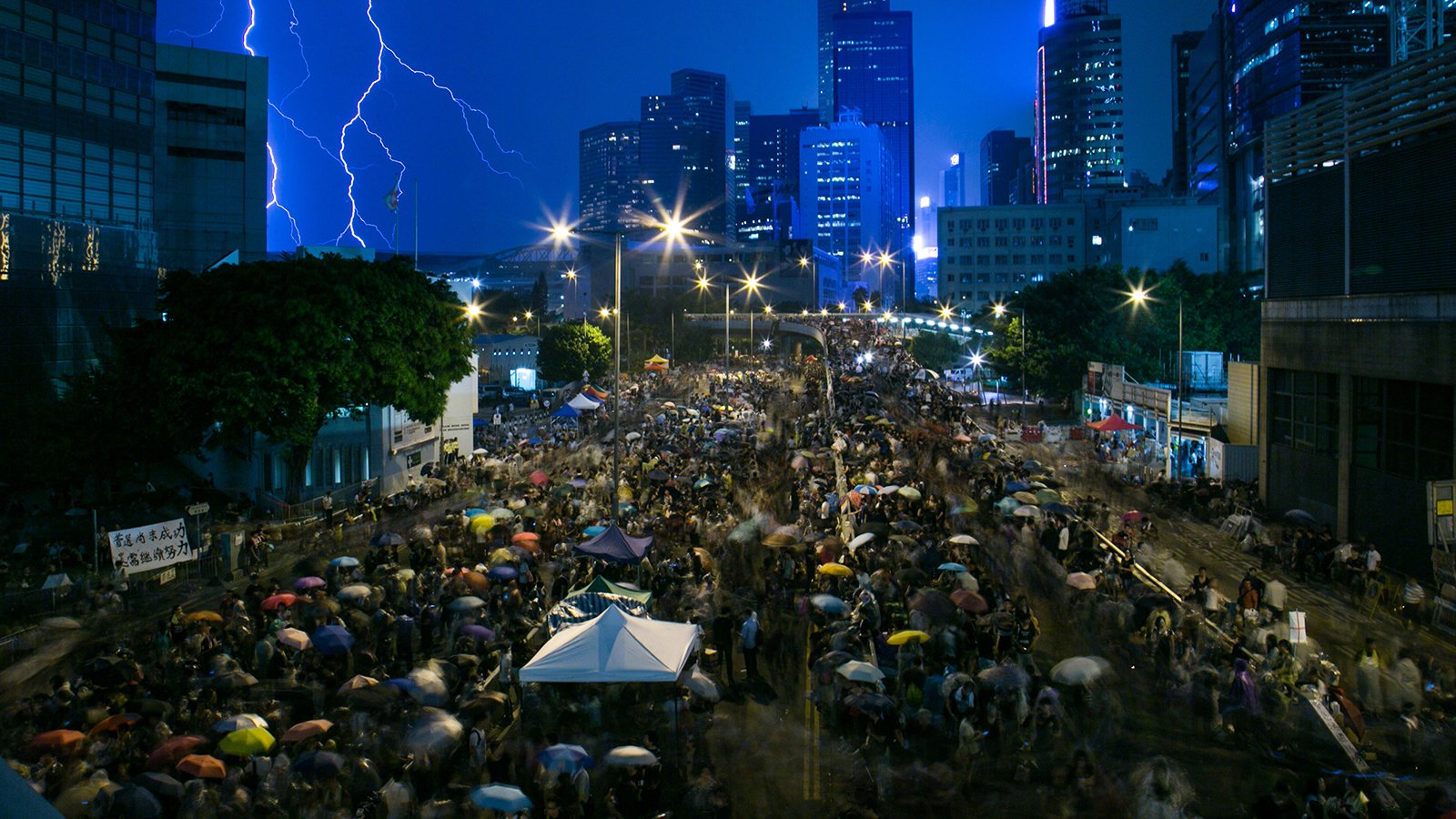 Demonstrators gather outside the central government complex in Hong Kong

The world has been captivated by images of tens of thousands of umbrella-wielding protesters on the streets of Hong Kong demanding democracy. But these images aren’t finding their way to the rest of China, where the authorities are controlling any information about what has become known internationally as the Umbrella Revolution.

In Shanghai this week, newspaper headlines suggest the protests were orchestrated by a few “political extremists” who are disrupting the daily lives of ordinary people in Hong Kong. “There has essentially been no coverage at all of the Hong Kong protests by mainland media,” says David Bandurski, editor of the China Media Project at the journalism and media studies centre at the University of Hong Kong. “No reporters, not even for state media, have been allowed to report the story from the scene.”

Any mentions of the protests within the Chinese media have been tightly controlled and highly critical. “What we’ve seen are a handful of official news releases from Xinhua [the Chinese state news agency] that reiterate the government stance that they are illegal, which is not true, and that they are harmful to the peace and prosperity of Hong Kong,” adds Bandurski. Social media outlets have also been heavily censored with a high number of posts on the popular micro-blogging site Weibo being deleted or edited. International social media outlets like Twitter and Facebook are already blocked in China, and the photo-sharing application Instagram appears to have fallen to the same fate due to the high number of photos of the protests being shared.

Censorship and controlling the narrative around sensitive stories is not uncommon in China. The current administration, lead by President Xi Jinping, has implemented tight controls on an already very restricted Internet. The media has not escaped either. “In recent years, one of the central themes of Chinese press policy has been the need to get on top of stories, both domestic and international, attempting to dominate the agenda or tell China’s side of the story,” says Bandurski.

Related reading: What you need to know about the protest in Hong Kong

The protests in Hong Kong represent the biggest test to date of China’s ability to control information. The last time there were such large-scale democracy demonstrations on Chinese soil was in Tiananmen Square in 1989, which ended in a bloody crackdown against protesters. The Chinese government successfully controlled the narrative of those events to the extent that even today many in China are not aware of what took place. In the era of the Internet, it is impossible for the Chinese authorities to restrict information relating to the protests in Hong Kong to the same degree. While experts do not think it is likely that the protests will spread to mainland China, there are fears about the impact that calls for
full democracy could have on the mainland.

Hong Kong has operated under a “One country, two systems” framework since it returned to Chinese rule in 1997. This means that the international financial hub has limited self-governance, an independent judiciary, greater freedom of speech and an unrestricted press. These are freedoms that already make Hong Kong a sensitive issue for China, where such freedoms are not enjoyed. When it was returned to China, Beijing promised that by 2017 Hong Kong could elect its chief executive (its top leader) by universal suffrage. Last month China ruled that the candidates in an election would have to be approved by a pro-Chinese committee, eventually culminating in the current protests.

“There are so many sensitive facets to this Hong Kong story that I think Chinese leaders are really at a loss as to how to handle it,” says Bandurski. “This is about calls for political reform—a highly sensitive issue—made through civic activism—another highly sensitive issue—in a society with a tradition of speech freedoms, which continue to rankle Beijing.”

But for all of Beijing’s controls, some information is getting through China’s Great Firewall (as the Internet restrictions are often jokingly referred to). As new terms are used in relation to the protests—terms like Umbrella Revolution—it takes time for the censors to get on top of them online. Even if a post is deleted, there is the potential for a large number of people to read it and forward it before it is taken down. People in China are also aware that Hong Kong does have greater freedoms.

Related reading: Why the umbrella is a symbol of hope in Hong Kong

Whether the Chinese public are (or become) aware of what is really happening in Hong Kong, it is unlikely the protests will spread to the mainland, says Willy Wo-Lap Lam, an expert on Chinese politics at the University of Hong Kong. “The long-term impact of Hong Kong will be significant, but in the near term, it is difficult to see Hong Kong playing a spearheading role regarding the development of democracy in China,” he says. Along with Xi’s success at cracking down on dissent, the motives of the Hong Kong protesters may not be fully understood or sympathized with elsewhere. Economic growth is considered of utmost importance in China. And Chinese mainlanders see Hong Kong as benefiting economically from its ties to China: Why, the thinking goes, would they would want to damage that relationship?

If there is not much likelihood of the protests spreading to the mainland, they still pose a threat. Lam believes that the reason the government wants to control the narrative of the protests is to ensure that heroic images of peaceful protesters facing off baton-wielding police officers don’t circulate on the mainland. Such images show not only defiance against the authorities but also that it’s possible for people to organize in a short space of time, he says. “These are things that Beijing is afraid might spread to different parts of China: that the people are not so easily intimidated by tear gas.”